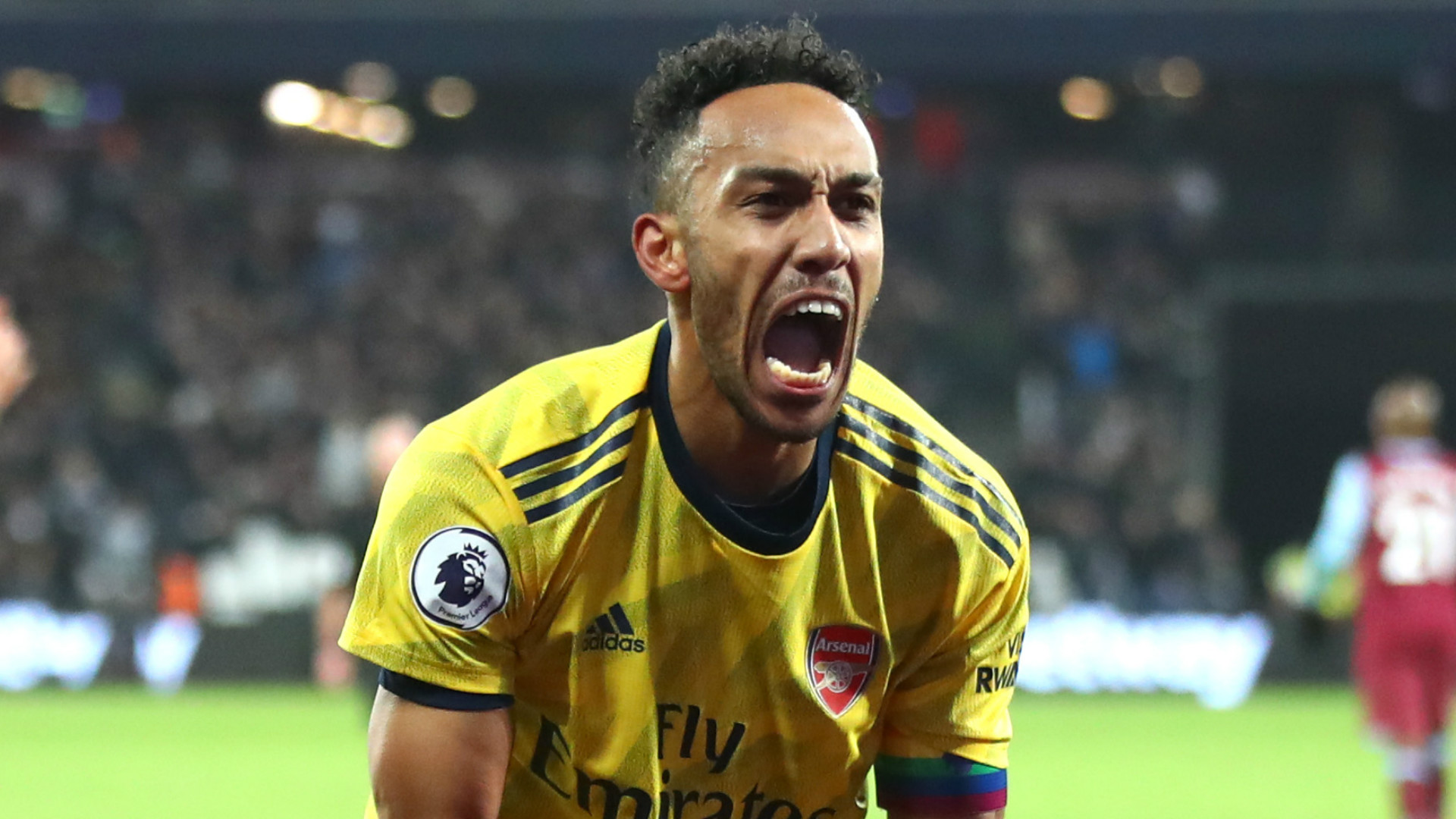 With the Gabon international entering the final year of his Emirates deal, Mikel Arteta and Co. have a big call to make come the end of the season

Pierre-Emerick Aubameyang is “too good for Arsenal” and the Gunners face a tough decision on whether to sell the striker at the end of the season or risk losing him for free in 2021, according to Jamie Carragher.

Aubameyang, Arsenal's captain, has been with the club since 2018, taking in 97 appearances, scoring 61 goals and laying on a further 13 assists for his north London team-mates.

The France-born Gabon international is entering the final year of his contract at the Emirates, however, and several of Europe's biggest clubs have been credited with an interest in the man who guarantees goals at the highest level.

With Aubameyang turning 31 midway through June, it could be that the fearsome forward will look for one last adventure at a top side before hanging up his boots, leaving Arsenal with a difficult decision to make come the end of the 2019-20 season.

Former Liverpool defender Carragher believes that Arsenal are in a similar situation to his old club, who saw Luis Suarez leave Anfield for Barcelona in 2014.

“Towards the end of my career [Liverpool] were in this situation quite a lot where you're just missing out on the top four,” Carragher told Sky Sports of the decision facing Mikel Arteta and the Gunners board.

“It's okay saying we have rules in place and saying we never let players go on a Bosman ruling, but if you're Mikel Arteta I would be looking at it and thinking: have we got more of a chance – even if he goes for nothing next year – of getting to the Champions League before next season if Aubameyang stays?

“That's the decision they've got to make. At this stage, there's no doubt about it: Aubameyang is too good for Arsenal. We had that at Liverpool at times with Luis Suarez and certain players you're desperate to keep hold of.

“You're thinking as a club that you want to build around this player and if that player goes, you almost feel like you're starting again. That's the problem you have when you're trying to get back into the top four and establish yourself as Arsenal are trying to do.

“That'll be a decision for them. It's okay saying, 'if he doesn't want to be there then let him go', but it's not easy when you're at a club and have a player with such star quality who is probably nailed on every season to be there or thereabouts for the Golden Boot.

“It's not easy to find goalscorers. I'd keep him – he gives Arsenal a greater chance of getting into the top four.”