Two shots & no assists in six games: Should Sancho's slow start to Man Utd life be a concern? 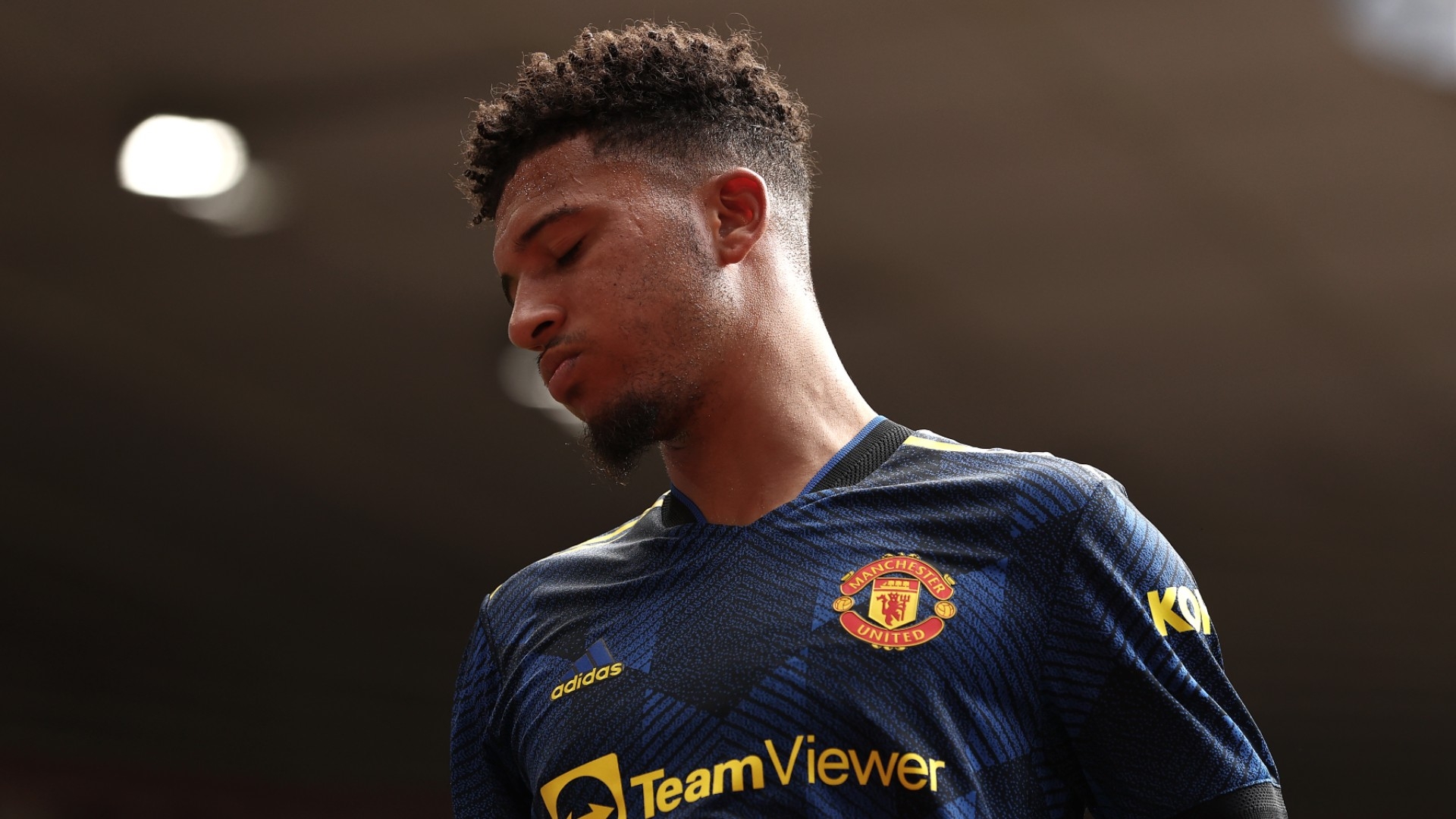 The England star has failed to set the world alight since the Red Devils paid £73m to sign him this summer, raising questions over his suitability

When Jadon Sancho joined Manchester United this summer, fans were promised three things: goals, assists and a bit of flair.

"Old Trafford will give him the platform he needs to release his untapped talent and perform at the highest level," were the words of Ole Gunnar Solskjaer after United paid £73 million ($101m) to sign the England international from Borussia Dortmund.

But while it is still very early days in in Sancho's United career, in his six performances so far, there has been little evidence of any of those promises being met.

Given his price tag, Sancho's failure to make an instant impact has, perhaps understandably, raised some eyebrows and led to questions over his form.

“He'll be fine,” Roy Keane asserted on Sky Sports on Sunday after Sancho was dropped to the bench for United's win over West Ham. “He's been at the club what, two months? There's been a lot of changes, new players coming to the club – give the kid a break.

"He's still learning his trade, he's still a young player with big expectations. He's come to a new club where he's certainly not going to be the star man, he'll be down the pecking order and he's got to adapt to all that. Give him a chance.”

Solskjaer insisted that it was the "best decision" to leave Sancho out of his line up at the London Stadium, and was pleased with the impact his new winger made on the game after he was brought on for the final 20 minutes.

But given Sancho was also the man sacrificed before half-time against Young Boys in the wake of Aaron Wan-Bissaka's red card, there are those who remain unconvinced of the ex-Manchester City starlet's ability.

The raw data from his first six games certainly do not make for great reading. He has managed just two shots on goal, both against Newcastle, and has created just three goalscoring opportunities for his team-mates.

In reality, though, Sancho is having to play catch-up quickly after a disrupted pre-season.

When Sancho finally arrived at United's Carrington training ground in August following his post-Euro 2020 break, he did so having missed their final training camp through due to illness.

It is understood that club staff felt his fitness was not at the level where he could go straight into the first game of the season against Leeds United, and he was instead named on the bench for the Premier League opener.

As well as having to get up to match speed, Sancho's lack of pre-season also meant that he had not yet gelled with his new team-mates or got up to speed with Solskjaer's demands of him.

And then came Cristiano Ronaldo.

Ronaldo's arrival could be seen as both a blessing and a curse for a player like Sancho.

There is no doubt how big Ronaldo's return to the club has been. Wander down Market Street in Manchester city centre on any day of the week and you will find multiple traders selling Ronaldo scarves.

That frenzied atmosphere around the Portugal captain has in turn alleviated some of the pressure on Sancho, with a player who fans were quick to ensure was shoehorned into one of their favourite chant now no longer the centre of their attention, regardless of how long in the making his move to the Theatre of Dreams was.

‘We’ve got Sancho, Paul Pogba and Fred.’ #MUFC new boy Jadon Sancho has already found his way into a chant. Around 2,000 United fans making good noise behind the goal in the first half. pic.twitter.com/RYyj0gTxeB

Sancho should, then, be given the opportunity to bed himself into the squad somewhat away from the limelight while Ronaldo continues to take most of the media and supporters' attention.

There is, however, the concern over how Sancho now works his way back into the starting XI given Ronaldo's presence has only added to an already over-subscribed United attacking unit.

Solskjaer has the difficult task of trying to maintain peace among six international forwards when only three places in the team are available to them, and given Ronaldo's start to life back in Manchester and Mason Greenwood's early-season heroics, there has been nothing to suggest that Sancho will become a regular starter any time soon.

“He’s learning all the time,” Solskjaer said having been seen enjoying a long, light-hearted chat with Sancho ahead of United's training session in Switzerland ahead of their Champions League clash last week.

“In training he’s learning our methods, he’s learning the Premier League and of course he knows the Champions League already from being at Dortmund. He’s a young boy, he’s only 21 and he’ll improve.”

The good news for Solskjaer and United fans is that Sancho has been here before in terms of enduring a tough start to a season before recovering his best form.

Last season, Sancho did not score in any of his first 11 Bundesliga appearances of the campaign, only netting his first league goal of 2020-21 in early January.

He was forced to defend himself from claims that United's failed attempt to bring him to England had distracted him, and instead made what Dortmund coach Edin Terzic called "small adjustments" to finish the season with 16 goals and 20 assists in all competitions.

And while he did not come close to replicating his league form of 2019-20, where he averaged a direct goal involvement every 67 minutes he was on the pitch, if he were to replicate last season's numbers in his first year at United, then Solskjaer would certainly be satisfied.

For now, Sancho can use the circus around Ronaldo as a shield to quietly get used to life back in his homeland, and work on his own development and impressing on the training field.

If he does do that, the evidence is there to suggest he will eventually prove his worth.