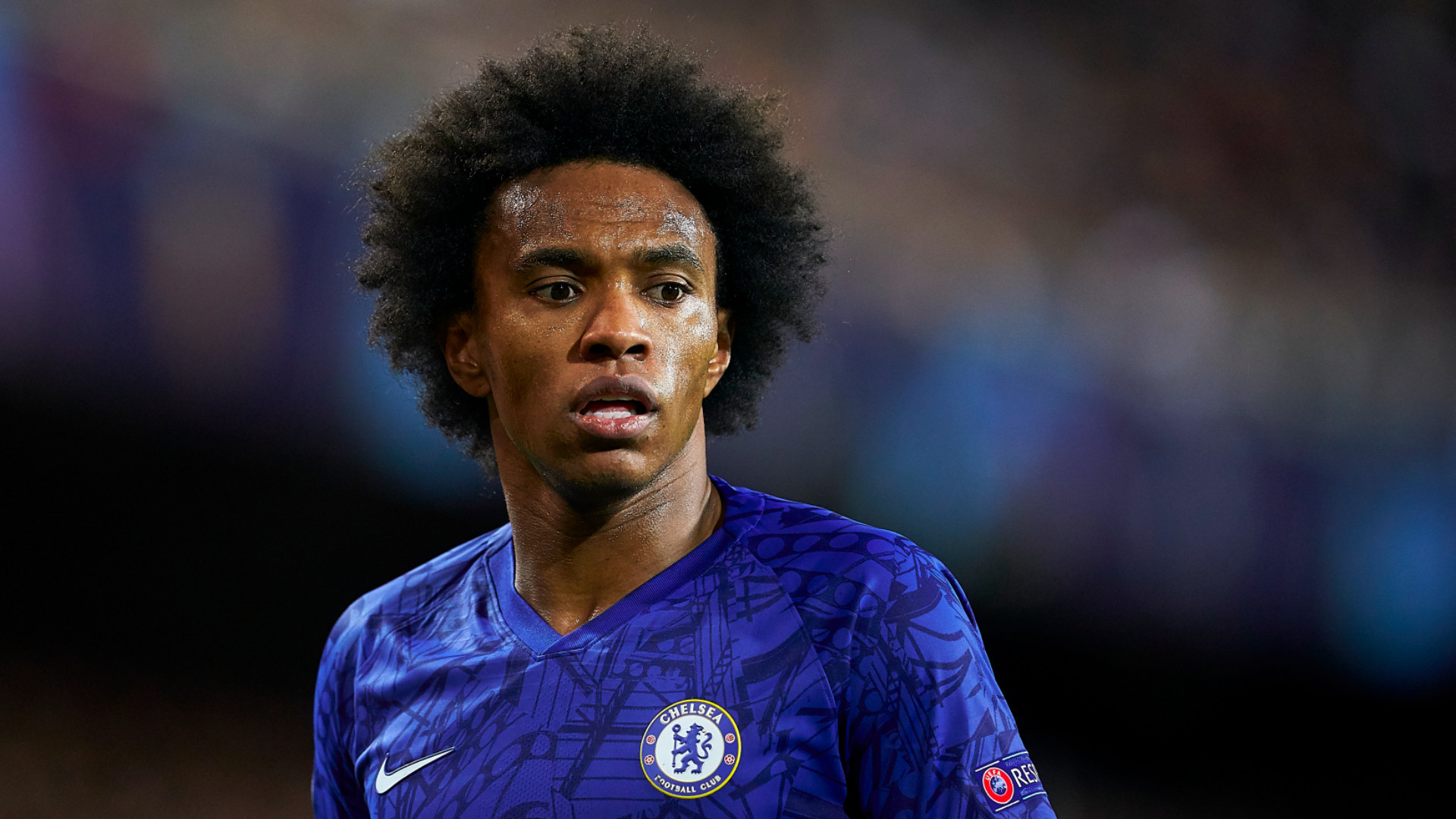 Chelsea midfielder Willian has confirmed that he is engaging in talks with the club over a new contract amid ongoing speculation over a possible move to Barcelona.

The 31-year-old is due to become a free agent at the end of the season, with there a suggestion that his six-and-a-half-year spell in west London could be drawing to a close.

As revealed by Goal, Chelsea are in talks with the winger over signing fresh terms, with Barca keeping an eye on developments.

Despite his contract winding down, Willian has continued to enjoy a prominent role in Chelsea's starting XI this season, racking up 21 appearances across all competitions.

Frank Lampard has brought through a number of academy stars since taking over at Stamford Bridge, which has restricted the playing time of more experienced performers such as Olivier Giroud and Pedro, who both could leave in January.

Willian, though, has no plans to cut short his time with the Blues, telling Yahoo Esportes: "I have stated several times my wish is to stay at Chelsea. I like the club very much, I feel very welcome here, as well as my family, and we love living in London.

"However, I'm in the middle of the season and I try not to think about it so as not to lose focus on the field. My agent and the club are talking and I hope we can have some good news soon.

"In transfer windows it is normal to have bids and speculation, especially for players who are in the final year of their contract. But my focus is 100 per cent on Chelsea and the season."

Willian played the full 90 minutes of Chelsea's 2-1 home win over Lille in the Champions League on Tuesday night.

The result ensured that Lampard's men progressed to the last 16 in second place in Group H behind Valencia, who sealed their spot in the knockout stages after beating Ajax 1-0 in Amsterdam.

Willian will be back in contention for a place in the Chelsea XI when they host Bournemouth in the Premier League on Saturday.

The Blues will be looking to get their domestic campaign back on track after a 3-1 defeat at Everton last weekend, while tightening their grip on fourth place ahead of rivals Manchester United, Arsenal and Tottenham.

Chelsea are due to take in a short trip across London to face Spurs on December 22, before Southampton arrive at Stamford Bridge on Boxing Day.