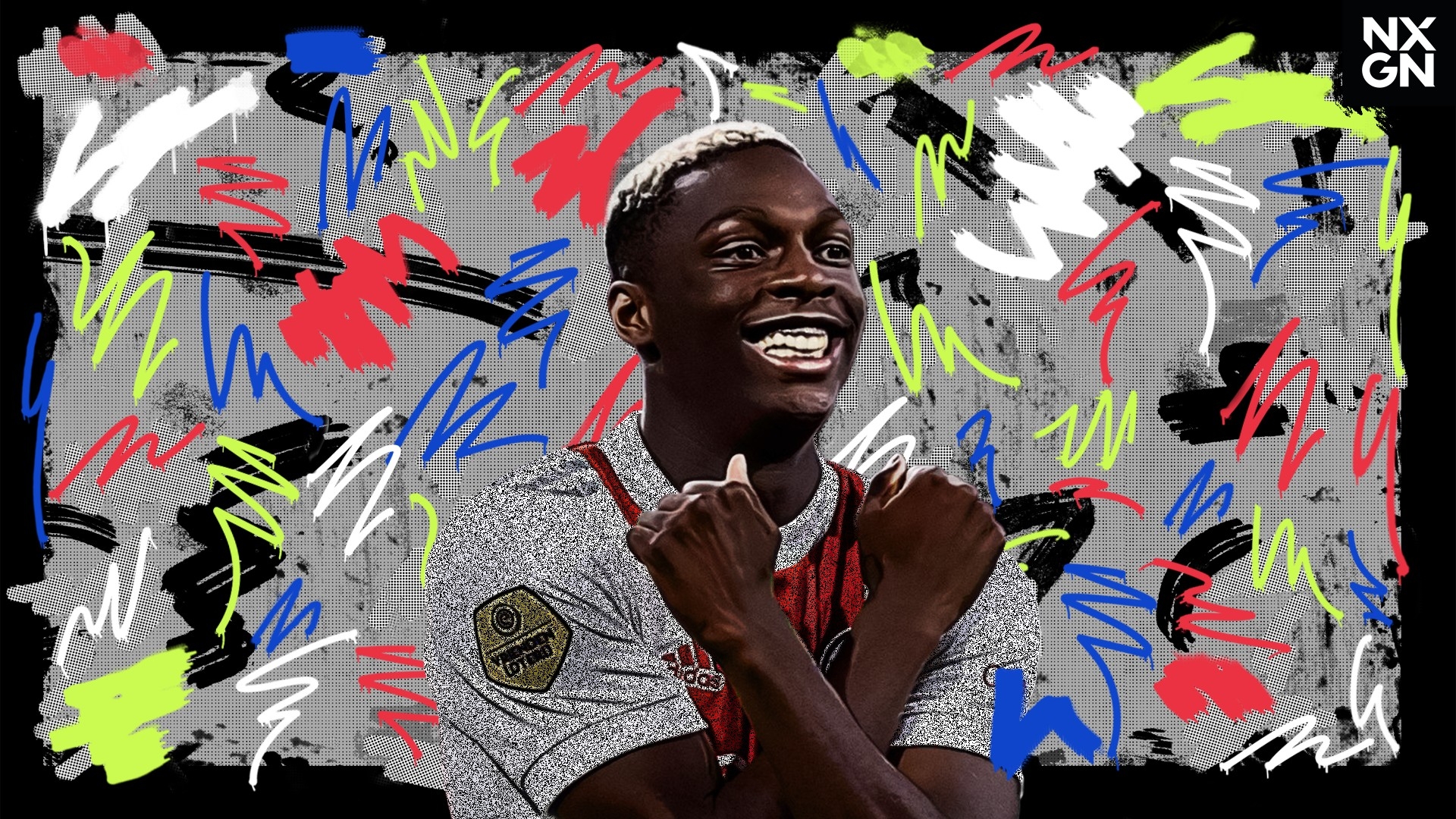 By now, there is not much to say about Ajax's ability to produce talented footballers through their academy system that has not already been said.

But where the Dutch giants also tend to excel is in buying youngsters from elsewhere and moulding them within the first-team environment into elite players.

Antony looks to be the latest to follow that path, with the Brazilian winger having signed for Ajax as a 20-year-old before impressing so much over the past 18 months that the likes of Real Madrid, Manchester City and Chelsea are reportedly interested in signing him.

And so while the Eredivisie champions are preparing to bid farewell to their latest developmental success, they are just beginning on a similar journey with a player who may well help fill Antony's shoes when he eventually departs.

Ajax paid an initial €12 million (£10.3m/$14m) to sign Mohamed Daramy from FC Copenhagen in late August in a sure sign that they believe the teenager has the potential to go to the very top.

"We have high expecations," were the words of Ajax director of football Marc Overmars after the deal was concluded for a player who many have compared to Sadio Mane for his pace, trickery and increasing prowess in front of goal.

The early signs are good, too, with Daramy having marked just his second league appearance in an Ajax shirt with a goal and an assist in the 9-0 thrashing of Cambuur.

For those who have followed the winger's career thus far, though, Daramy continuing to impress comes as no surprise.

Despite not joining Copenhagen's academy until he was in the Under-14s - choosing them over rivals Brondby after beginning his footballing education with his hometown club Hvidovre - Daramy soon set about dominating at age-group level for the capital club.

At the age of 15 he was already the leading light for Copenhagen's U17s, and by the time he turned 16 he was knocking on the door of the first-team squad.

His debut eventuallly came in September 2018, and he did not disappoint, finding the net against Viby IF in the Danish Cup to, at 16 years and 263 days, become the youngest goalscorer in FC Copenhagen history.

"Mohamed has an extraordinary talent with great speed, strong one-on-one actions and a good goal threat," said then-manager Stale Solbakken, who further integrated the youngster into his squad during the 2018-19 campaign before making him a fully-fledged first-teamer early in the following year.

Daramy managed seven goals and four assists over the course of the 2019-20 season, with the undoubted highlight coming right at the end when the teenager lined up to face his beloved Manchester United in the quarter-finals of the Europa League.

"I think he has 10 United shirts at home, and he often wears them in training," quipped team-mate Jonas Wind in the build-up to the tie, with Daramy himself keen to follow in the footsteps of his Red Devils hero.

"When I was young, Cristiano Ronaldo was my big idol," he told Ajax TV. "As a child, I was a fan of Manchester United.

"Now [Marcus] Rashford is my idol. I've followed him since he made his debut, and I think my game is similar at that age."

Those similarities are clear, with Daramy's willingness to dribble from his favoured position on the left-hand side of the forward line reminiscent of Rashford at his best, while both have been touted as potentially moving inside to play as central strikers in the future.

"Daramy is lightning fast," explained ex-Ajax and Denmark midfielder Soren Lerby to De Gelderlander upon the teenager's arrival the Johan Cruyff ArenA. "He is a creative winger. Young and talented, but you also hear good reports that he wants to work hard for his team-mates."

While that combination of talent and hard work is what almost all coaches are looking for from young players on the field, there are countless tales of players becoming distracted with off-field matters or when bigger clubs begin to show an interest.

Daramy certainly has his interests away from the game, as illustrated by him winning EA Sports' #StayAndPlay Cup during the early weeks of the coronavirus-enforced shutdown, beating players from 19 other clubs, including Trent Alexander-Arnold, Joao Felix and Vinicius Jr., in a charity FIFA tournament.

But largely he has remained focus, despite reports that the likes of Liverpool, Manchester City, AC Milan and Borussia Dortmund were monitoring his progress over the past couple of years.

RB Leipzig were also mooted to be considering signing him when Timo Werner left the club for Chelsea, while Copenhagen even confirmed that negotiations had begun with Club Brugge in early August, only for the deal to fall apart before Ajax stepped in.

Daramy, though, took it all in his stride, contributing three goals and three assists in his final five games for the Danish outfit before becoming the second-most expensive player ever sold by a Superliga team behind fellow teenager Kamaldeen Sulemana, who left Nordsjaelland for Rennes in a €15m (£13m/$18m) move earlier in the summer.

"I have to take my hat off when a kid of that age can keep himself on track with all that crap going around in terms of reports and the finances involved," said current Copenhagen boss, Jess Thorup. "He has never performed better than under that pressure, and that should not be forgotten.

"It's a huge strength to have. Not everyone can, because you can get shaky, but he just goes in, plays his game and lifts his level from time to time. That's damn impressive."

Daramy left Copenhagen having scored 18 goals and provided 10 assists in 93 appearances, with the boy born to Sierra Leonean parents now regarded as a future star of Danish football.

That journey is just beginning, with Daramy having made his senior debut for the Euro 2020 semi-finalists in September, as is his bid to become Ajax's next breakout star.

History suggests he has it all to be a success in Amsterdam.