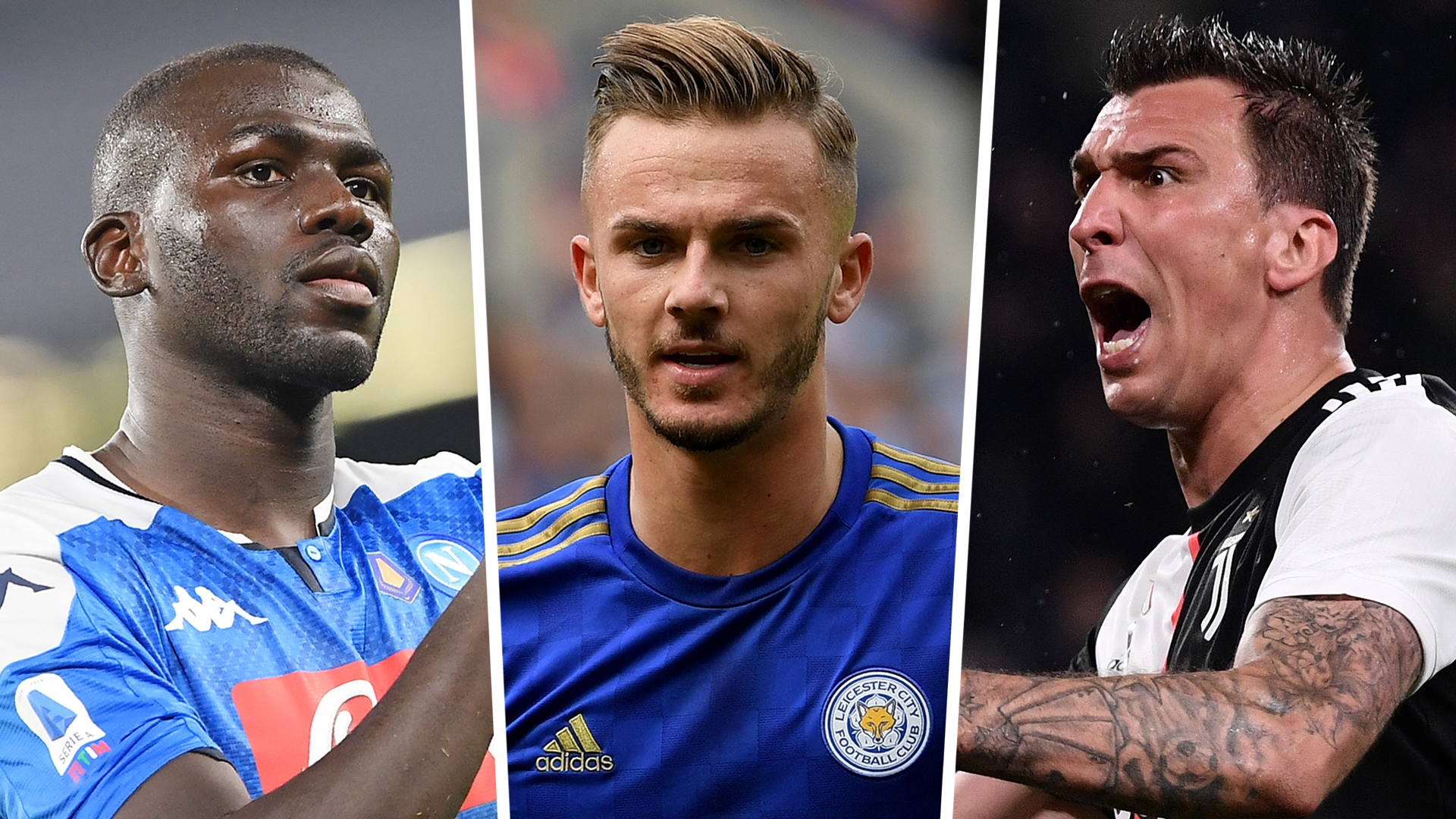 Former Manchester United midfielder Kleberson has talked up the idea of the Red Devils signing Serie A duo Kalidou Koulibaly and Mario Mandzukic but he isn't convinced James Maddison would be the right fit.

Maddison has enjoyed a superb start to the 2019-20 campaign, contributing two goals and two assists in seven outings for Leicester City, who have risen to fourth in the Premier League table.

The 22-year-old's performances have earned him back-to-back call-ups to Gareth Southgate's England squad, but he was forced to withdraw from the latest round of Euro 2020 qualifiers through illness.

United are thought to be keen on luring the midfielder to Old Trafford next summer, having already added one prized Leicester asset to their ranks in the form of Harry Maguire back in August.

Maddison has been tipped to accept a move to Manchester, but former Red Devil Kleberson has raised concerns over his mentality.

"I don’t think it would be great for Maddison to join United," the World Cup winner told US-bookies .

"They [Leicester] have had a good start to the season but when you do a big jump from a smaller club to United, it is mentally tough for these players.

"They have to be able to learn to adapt to play at a big club. It will be interesting to see if they can, but I don’t know if he will be a good enough signing for United."

Ole Gunnar Solskjaer's side have lacked a creative spark in midfield this term, recording just two wins from their opening eight matches.

United have also found goals hard to come by since the departures of Romelu Lukaku and Alexis Sanchez, which has left Marcus Rashford leading the line in the absence of the injured Anthony Martial.

As reported by Goal, Juventus striker Mario Mandzukic is on the verge of joining the club in a £9 million (€10m/$11m) deal, a transfer that would be welcomed by Kleberson.

"When you sign big players like Mandzukic, you can see the impact they bring into the club, not just on the pitch but also off the pitch," the Brazilian added. "They bring experience for the young players which helps to improve them as they grow into their careers."

Kleberson also suggested that Maguire is still lacking a top-quality partner in the heart of the United defence, and, with Goal reporting that Napoli star Koulibaly is a summer target, the former midfielder thinks he'd be a useful addition.

"Koulibaly looks athletic and physical which will bring more energy in the defence," he said. "Maguire is a big name in England, but it would be good for United to look outside of the Premier League to find players who could play for them."

Ahead of United's huge showdown against Liverpool at Old Trafford on Sunday, Kleberson dismissed the notion that Paul Pogba's absence limits the home side's chances of victory.

He concluded: "It is a big loss for the team to have such a talented player missing, but it is Manchester United vs Liverpool, you never know what will happen! It is more of an emotional game over a technical game."