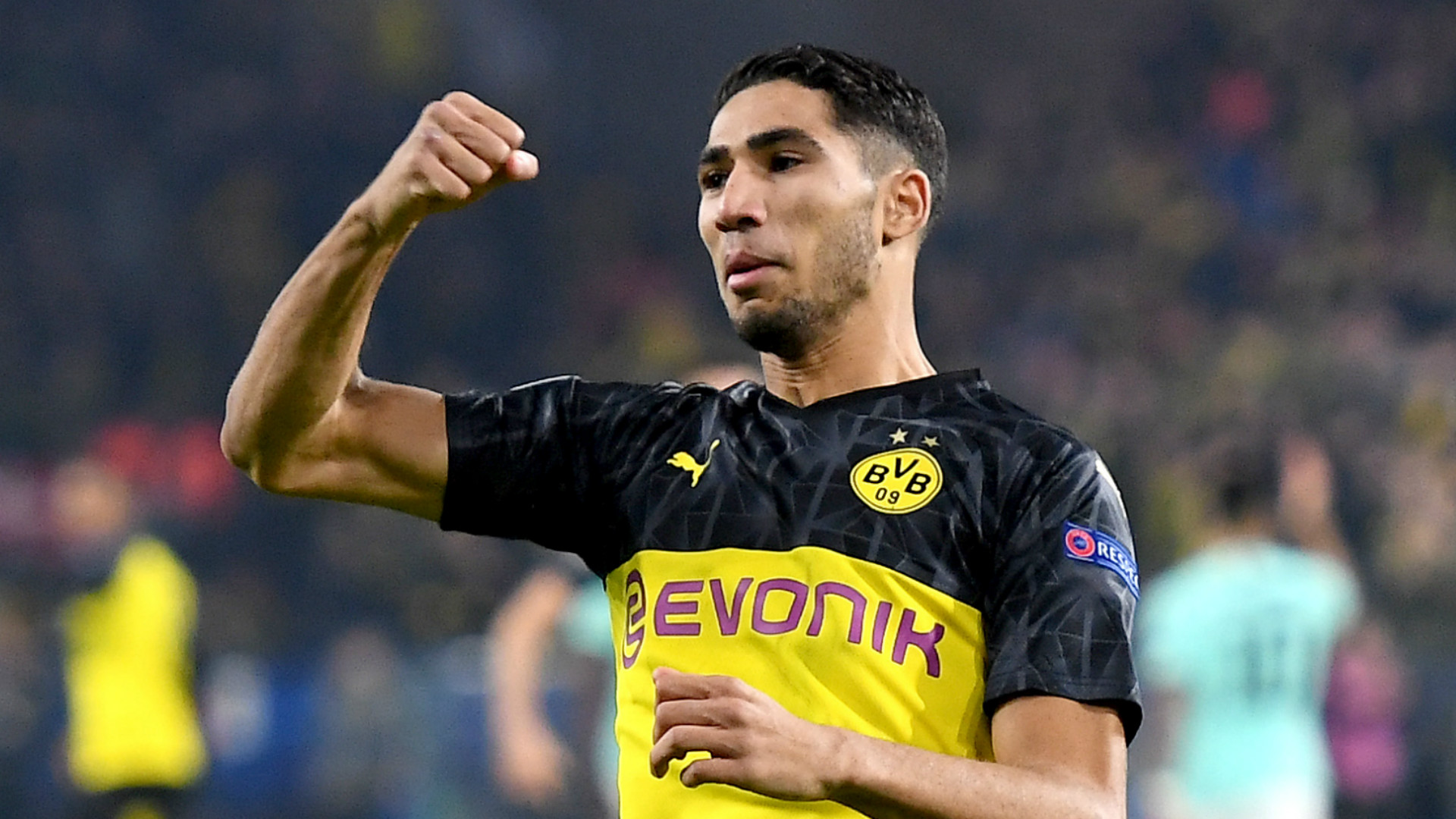 Stefan Kohfahl believes the full-back, who is on loan at Dortmund, is the Madrid youngster with the best chance of developing into a superstar

Real Madrid's youth coordinator Stefan Kohfahl has revealed which young players he is most excited about, and tipped Achraf Hakimi to go on and become one of the world's top players in his position.

The Moroccan full-back is currently on loan with Dortmund and has had a hugely impressive 2019-20 campaign, with the 21-year-old having made 22 starts for the Bundesliga title hopefuls, scoring three goals and providing 10 assists.

That form has seen him linked with the likes of Bayern Munich, Paris Saint-Germain, Juventus and Chelsea, with his future at the Bernabeu uncertain and no new contract having been agreed with the Liga giants.

Indeed his agent, Alejandro Camano, thinks Hakimi is the best right-back in the world, alongside Liverpool star Trent Alexander-Arnold, claiming that "all the big teams in Europe" want to sign him.

Hakimi, who also spent the 2018-19 season on loan at Dortmund, has insisted that he has not yet discussed Madrid's long-term plans for him, adding that he has been flattered by the reported interest being shown in him.

Kohfahl, who has worked for Madrid since 2012, believes Hakimi has the potential to be a world star, while also praising goalkeeper Luca Zidane and winger Martin Odegaard, who are both currently out on loan with Racing Santander and Real Sociedad respectively.

When asked which player could go all the way to the top, he told Goal and SPOX: "For me, Hakimi, who I already identified three years ago [has the best chance of going on to be one of the best].

"I also think Luca Zidane is outstanding. I have never seen a better footballer [in terms of a goalkeeper having ability with their feet]. It's just a pity he's not a few centimetres taller.

"From the current squad, Federico Valverde is my absolute favourite. I can't imagine the starting eleven without him. There will be a lot of talk about Martin Odegaard as well. He had some difficulties at the beginning but so far he's been playing superbly well at San Sebastian this season."

Kohfahl also revealed the youth player he was most surprised didn't make the grade at the Bernabeu, adding: "Marcos Llorente of Atletico Madrid. I thought he was relatively strong but I think he was underestimated and came in at the wrong time."

Toni Kroos has proved to be an inspired signing from Bayern Munich, with the Germany international helping Los Blancos win 12 trophies since he arrived back in 2014, including three Champions League titles. While Kohfahl is big fan of the 30-year-old, he's not sure he would have succeeded as a young player coming through the ranks at the Liga title hopefuls.

He added: "It's about making the right decisions quickly. Kroos might have slipped through the cracks as a teenager because he doesn't have that maximum speed, but he is incredibly fast in his mind.

"He can also play with both feet, which adds to his ability. Anyone who is a youth-team player at Real Madrid can play football, and is fast. You can learn strength and tactics later but you have to have that speed of thought."