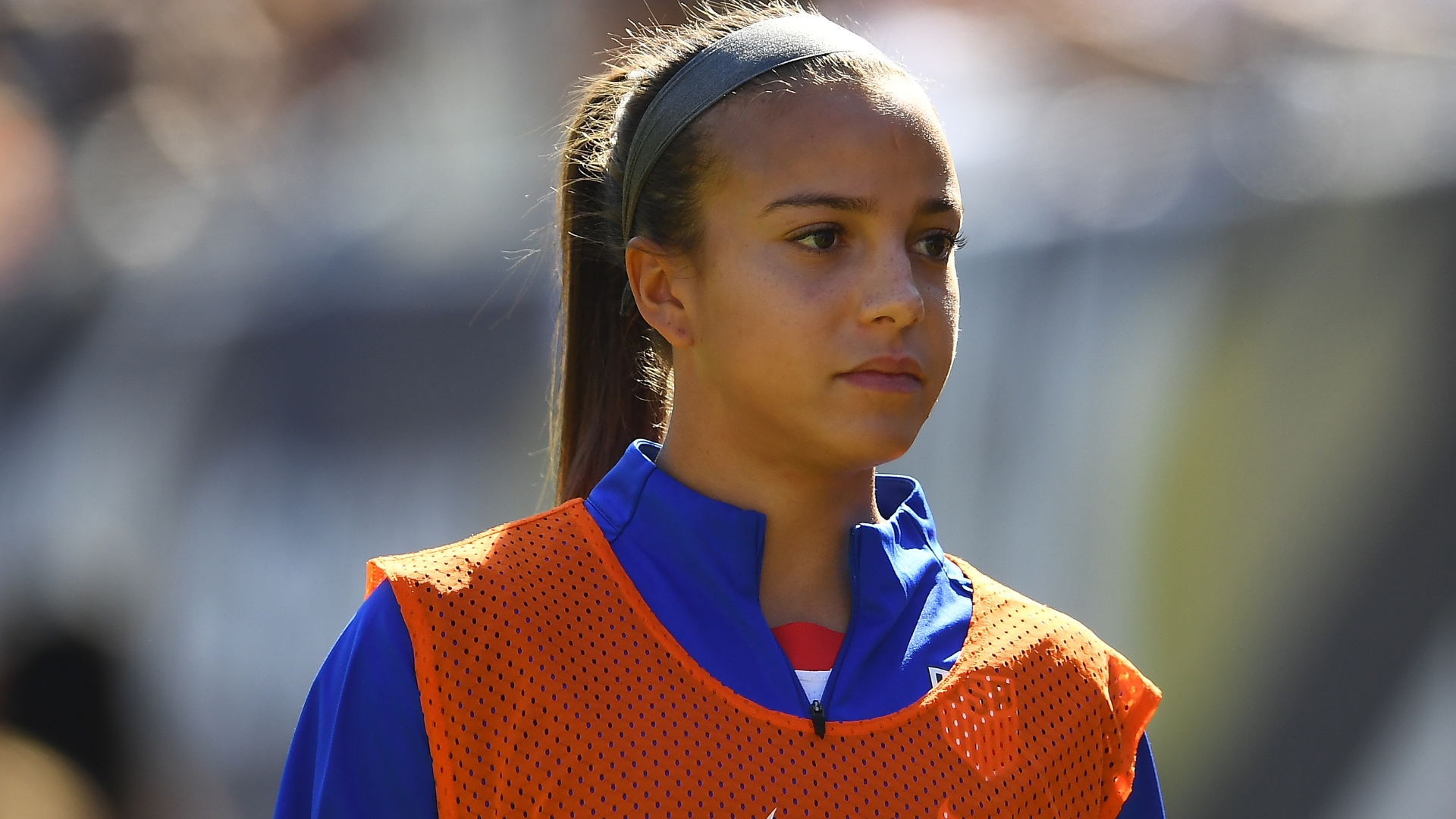 After being traded twice in the span of a year, the time has come for the attacker to prove she can live up to the hype

A trade could be just what Mallory Pugh needs. After battling injuries and loss of form over the past year, Pugh will hope a change of scenery can boost her to reach her considerable ceiling.

The fact that the preceding paragraph could have been written on two different occasions in 2020 does not entirely bode well for the former phenom’s career trajectory.

Pugh was traded from the Washington Spirit to Sky Blue FC in January, then from Sky Blue to the Chicago Red Stars on Tuesday just before the year drew to a close.

Pugh isn’t the sort of player who was expected to become a journeywoman. She was a senior international at 17, an Olympic goalscorer at 18 and the first player to bypass college in favor of the NWSL. In a system filled with young talent, Pugh was the crown jewel.

The past couple years, though, have taken some of the shine off. The diminishing return she's been able to command in her two recent trades is a prime example.

Additionally, the value of those picks has likely decreased after the NCAA ruled that collegiate players are allowed an extra year of eligibility due to the pandemic.

“I think a lot of this year’s players could end up in next year’s draft class anyway,” Red Stars head coach Rory Dames said on a conference call Tuesday.

Like others who’ve been designated the Next Big Thing, Pugh is younger than many would imagine. After making her USWNT debut as a teenager in 2016, Pugh is now 22 – the same age as many of her peers just entering the NWSL. Next year will be Pugh's fifth as a professional.

But after a brief and uneventful spell in New Jersey, it's time for Pugh to live up to the hype.

She played just one game for Sky Blue, mainly due to the pandemic-shortened campaign but also because of nagging injuries. That the club was so eager to cut bait and take draft picks in return, particularly in this year’s draft, is certainly eye-opening.

Last January, Vlatko Andonovski dealt Pugh a wake-up call when he left her off his 20-player roster for USWNT Olympic qualifying.

"Mal was competitive and she did well but there were other players I believe that performed better," Andonovski said at the time.

“Sometimes you are in form or sometimes out of form,” he added. “For Mal, consistency is crucial for being on this roster. She needs to be more consistent day-to-day.”

The ensuing 11 months, though, have been anything but consistent for Pugh.

Of course, it’s far from time to start writing obituaries for her career. Andonovski invited Pugh to train with the USWNT in January, an unusual move for a player left off the roster. It was a sign of his belief in her ability to become a regular game-changer for his side.

"I want to be clear that she's a very talented player, she performed well and she has a big future in front of her so I'm pretty sure if she keeps on developing, going forward she will be on this roster,” Andonovski said.

At 22, Pugh has already accomplished more in her career than most players could dream: more than 60 caps for the world’s best team, scoring goals at the Olympics and the World Cup.

But expectations can be a funny thing. Pugh won a World Cup at age 21 – an extraordinary achievement for any player – but on an individual level, the tournament could be considered a minor disappointment. She started one game out of seven and didn’t see the field at all in the knockout phase.

The good news is that time is still on Pugh’s side and once again, a change of scenery could do her some good. But after a period of stagnation, she is now entering a make-or-break phase of her career.

“This year has presented a lot of difficulties and different injuries,” Pugh said after the trade to Chicago. “But it also has been a time where I’ve been able to heal my body and really take care of some lagging little injuries that I’ve been dealing with for the past two years.

“I’ve just been thankful that I’ve been able to take the time, heal and get ready for 2021.”