Borussia Dortmund plan to keep Haaland next season but will listen to 'exceptional offers' for Sancho, says CEO Watzke 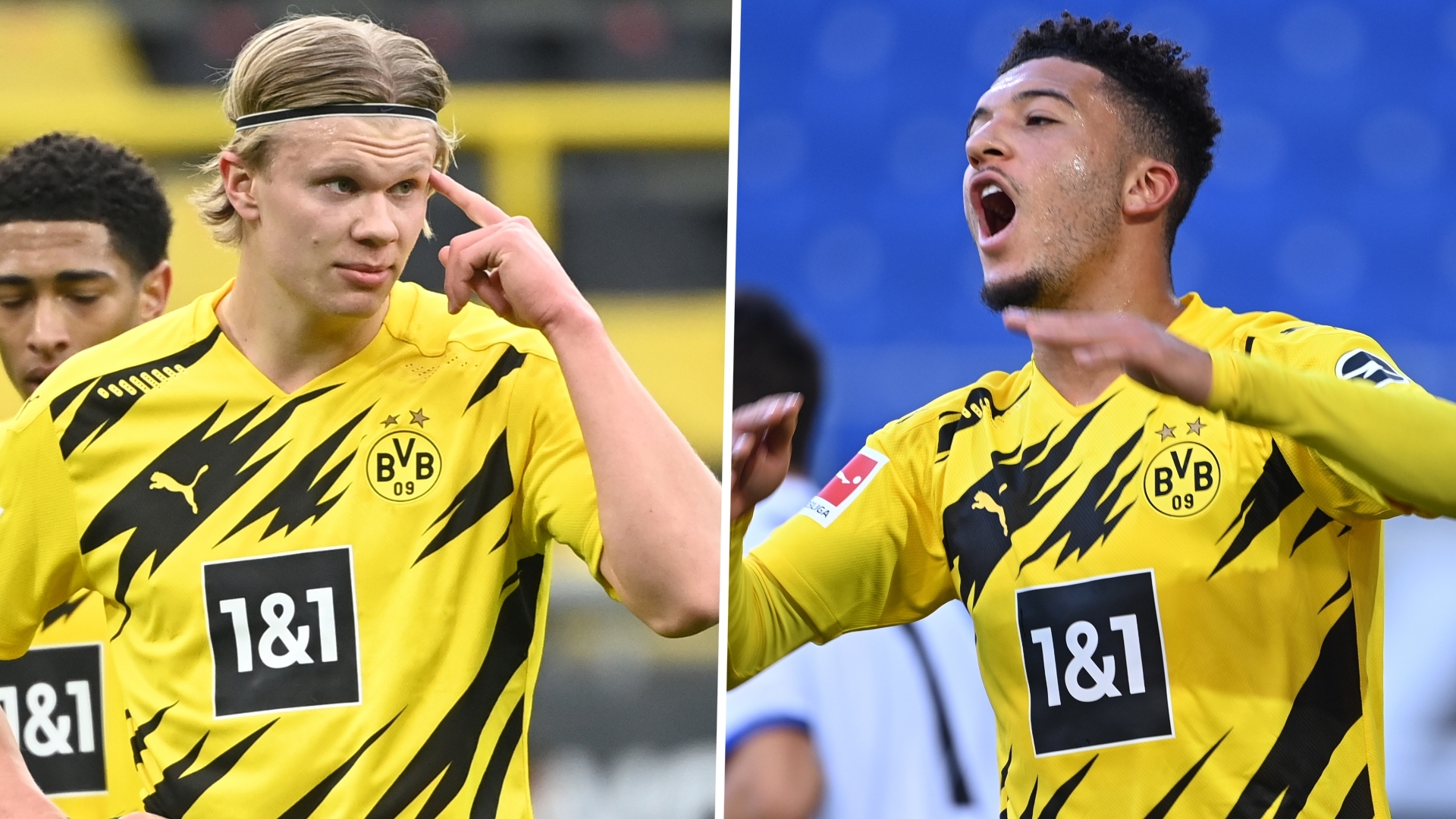 The Bundesliga club's chief has weighed in on speculation surrounding two key players, insisting they will aim to keep both forwards

Borussia Dortmund are planning to keep Erling Haaland for next season but will listen to "exceptional offers" for Jadon Sancho, according to the club's CEO, Hans-Joachim Watzke.

Haaland is attracting attention from top clubs across the continent ahead of the summer transfer window after an outstanding 2020-21 campaign at Westfalenstadion.

Watzke claims Dortmund haven't given any thought to selling the Norwegian, but does admit that Sancho could end up leaving if they receive a suitable bid when the market reopens.

"We do not have a parallel plan. We will discuss this with Erling, his father and his agent Mino Raiola," Watzke told Goal and DAZN. "We also want him to be happy to stay with us, to score goals for BVB next year with conviction. There is no alternative plan."

Pressed on whether Haaland and Sancho will both still be on Dortmund's books in 2021-22, Watzke responded: "I'm not getting involved in probabilities, it's no good. Jadon Sancho has been with us much longer than Erling Haaland. We'll have to speak to Jadon too.

"If there is an exceptional offer we will discuss it with the player and the agent, as always. Nonetheless, I am very sure that the transfer market will only run to a very limited extent this summer.

"Especially at the really big clubs you can see what kind of wounds coronavirus has inflicted, and they are not small ones that heal within two weeks."

The race for Haaland's signature

Last week it was reported that Haaland's agent Mino Raiola travelled to Spain with his father Alf-Inge to sit down with officials from Barcelona and Real Madrid.

It has been suggested that the two men will also hold meetings with a number of Premier League clubs as they weigh up the best move for the 20-year-old striker.

Manchester City, Manchester United, Chelsea and Liverpool have been strongly linked with Haaland, while Paris Saint-Germain and Juventus have also been tipped to try and bring him in this summer.

Sancho was in a similar position to Haaland last year, having been touted as United's No 1 transfer target amid their search for a natural right winger.

The Red Devils ultimately refused to meet the £100 million ($139m) asking price, but recent reports have stated that they are preparing to reignite their interest in the England international.

Sancho is approaching the final two years of his contract at Dortmund, and his stock is not quite as high now as it was in 2020 after an up and down season at Westfalenstadion.

The German giants might be tempted to cash in on the 21-year-old later in the year as they try to balance the books amid the coronavirus crisis, especially if they fail to qualify for the Champions League.