Euro 2016
Chris Davie
23:04 17/06/2016
twitter facebook copy
Comments (0)
Getty Images
Croatia fans caused their match against Czech Republic to be temporarily suspended after they threw flares and firecrackers on to the pitch

Croatia’s president Kolinda Grabar-Kitarovic has slammed the actions of supporters who threw flares on to the pitch in protest during Friday’s Euro 2016 clash with Czech Republic.

Ante Cacic’s side were leading 2-1 before referee Mark Clattenburg was forced to temporarily suspend play as fans began throwing flares and firecrackers on to the pitch. 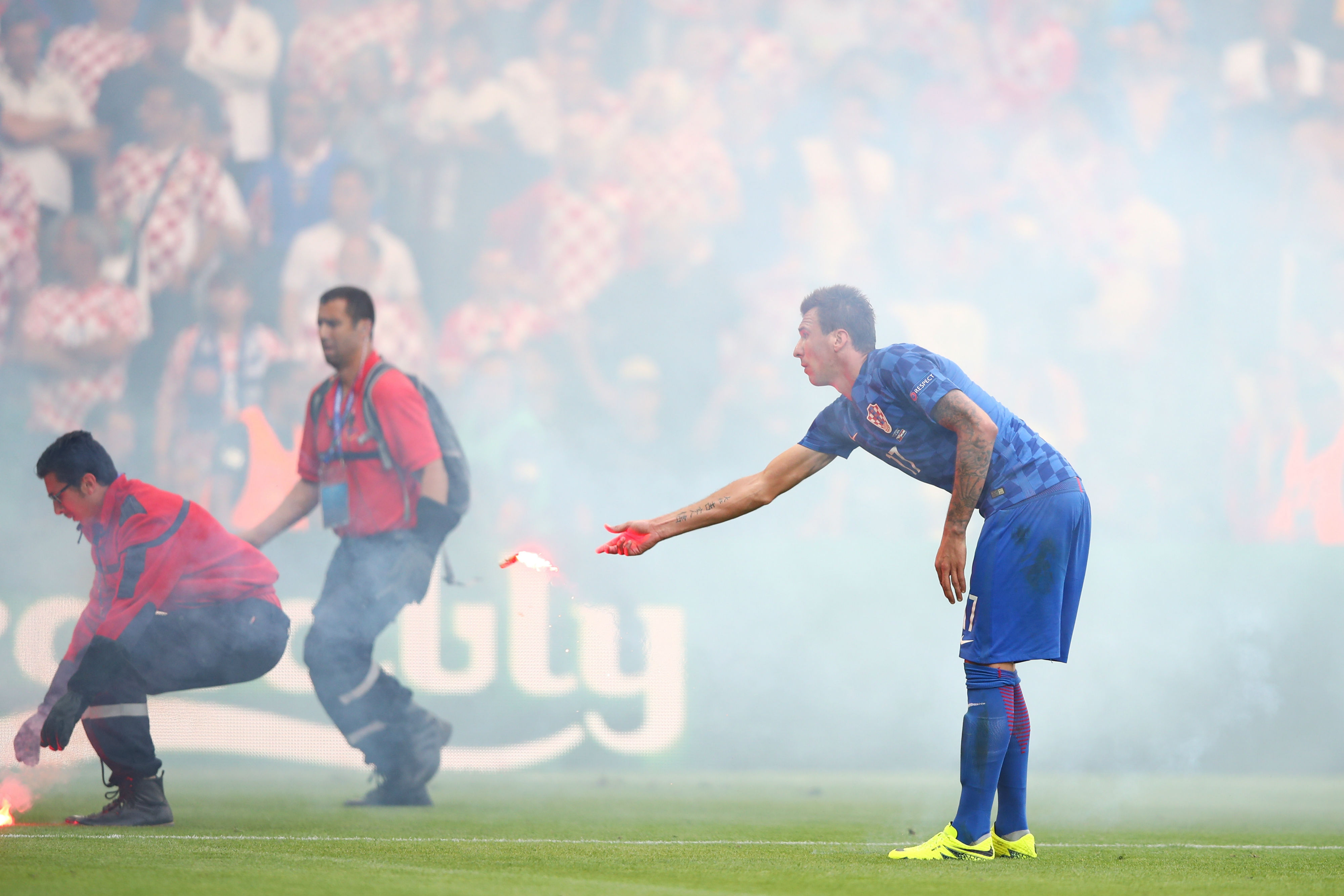 Croatia players pleaded with their own supporters as a fight also broke out in the stands.

The planned protest was against the Croatian Football Federation and the corruption which has plagued its domestic league.

And after the match, which ended in a 2-2 draw despite Czech Republic being dominated for the majority of the game, Croatia’s president condemned fans via her official Facebook page.

She posted: “Bravo, firecrackers! Bravo , Croatian fans! And you enemies of Croatia! You hate your team and you are Orjunasima (pro-Yugoslav nazis). I say: you are responsible for this! Shame on you!”