At the final whistle of Sunday's Copa Libertadores final first leg against River Plate, Boca Juniors' players were set to trudge off the pitch understandably disappointed at a 2-2 home draw.

Carlos Tevez might have had more reason than most to curse his luck: having ripped apart the River defence with a late run that seemed to shed 10 years off the rather fuller, ambling silhouette he projects these days, he squared to Dario Benedetto only to see his strike partner thwarted by a fantastic save from River shot-stopper Franco Armani.

But the former Juventus, Manchester City and Manchester United star was unbowed after almost stealing the show with his late cameo off the bench.

"Keep your heads up, motherf***ers!" the 34-year-old screamed at his deflated companions, who responded by applauding the thousands of Boca fans who had braved torrential rain, a 24-hour postponement and, in many cases, round trips by bus and car of more than 2,000 kilometres from the furthest corners of Argentina, just to watch their heroes.

It was classic Tevez, blending the passionate forward with the self-appointed 'player of the people'; and it also demonstrated just why he has enjoyed such spectacular success over his glittering career.

Carlitos belongs to the select group of players who have won both the Copa Libertadores and Champions League titles, lifting the former in 2003 in his first Boca spell before tasting European glory five years later with United.

One may add to that list triumphs in both the Club World Cup and its international predecessor, the Intercontinental Cup – that last one won by the Xeneize, against an AC Milan side containing the likes of Cafu, Andrea Pirlo, Paolo Maldini, Kaka and Andrei Shevchenko to name just a handful – multiple league successes in Argentina, Brazil, England and Italy, Olympic Games gold in Argentina colours. 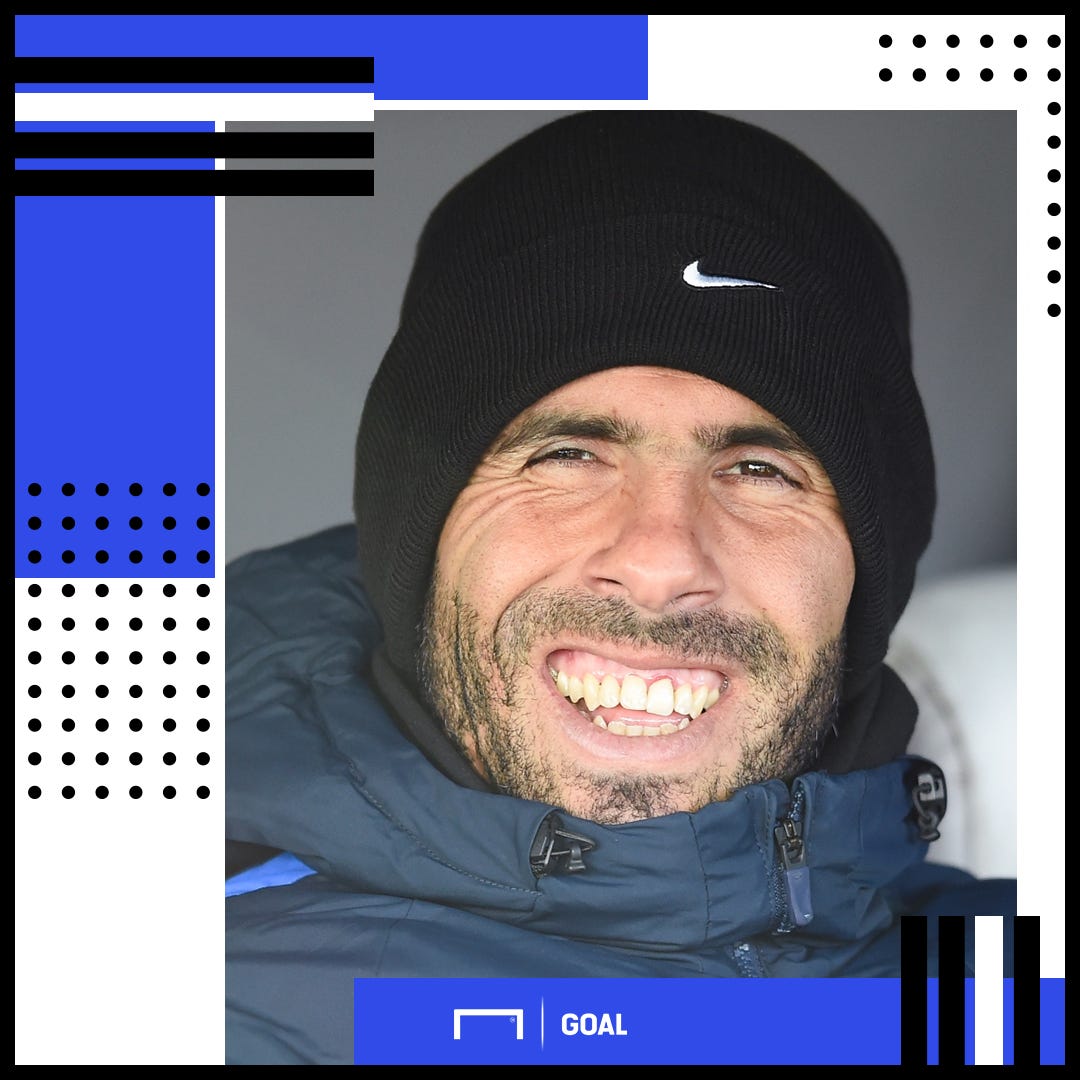 In all, Tevez boasts 26 major titles, a number surpassed only by Lionel Messi among his compatriots: and anyone who keeps company with Barcelona's wizard deserves the utmost respect for his achievements, regardless of the transgressions over the years that have seen the striker make the headlines for the wrong reasons.

Indeed, anyone who has an image of Carlitos as a spoilt prima donna , unwilling to play second fiddle, has not been watching closely enough this term. Tevez has dropped down the pecking order this season at Boca, his legs slowly losing their potency, with the likes of Ramon Abila, Cristian Pavon, Benedetto and Mauro Zarate preferred by Xeneize coach Guillermo Barros Schelotto.

Far from complaining, Tevez has taken his demotion with humility and grace, acting as the team's spiritual captain on the sidelines during most of this Libertadores campaign while taking on a bigger role in the Superliga due to Barros Schelotto's squad rotation.

Accustomed to helping his teams win big titles as a major player, he recognises that he can also aid Boca's efforts from the fringes. 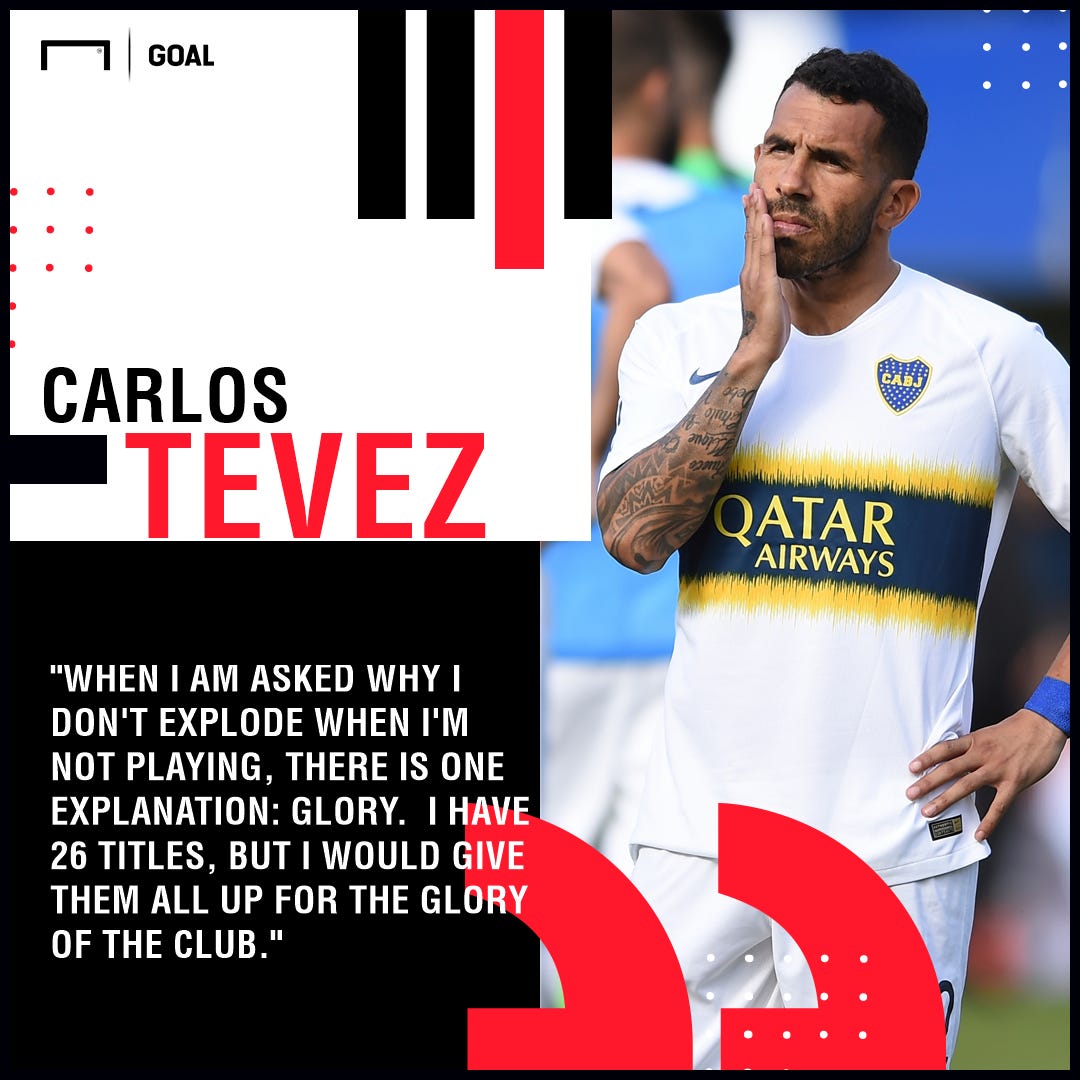 “When I am asked why I don't explode when I'm not playing, there is one explanation: glory,” he signalled to reporters prior to the final's first leg in the Bombonera. “This final is as big as they come. Those of us who were born in this club know that there will never be another game like this.

“I have 26 titles, but I would give them all up for the glory of the club. That is what everyone has to understand, I will tell my team-mates that all week.”

There might still be a fairytale ending for the forward, who has evaded questions over whether this Libertadores final will mark the end of his career. Having patently failed to find his best football for the best part of 2018 following his pitiable China adventure, Tevez has burst back into form in recent weeks, making him a hard man to ignore.

The more romantic Boca fans, meanwhile, are dreaming of a repeat of 2004's Libertadores semi-final against River in the Monumental, where a 20-year-old Carlitos netted a crucial 88th-minute goal and infuriated the throngs of Millonario supporters by performing a mocking 'chicken dance' celebration.

Boca went on to prevail in that tie on penalties, albeit with Tevez sent off for his actions, before going down to Colombia's Once Caldas from the spot in a shock final defeat.

Since then, the Xeneize have won the Libertadores just once, in 2007. Victory this year would mark their seventh Copa, tying them with the competition's most successful side, neighbours Independiente.

No matter what you think of Tevez, that would be a fitting conclusion to a wonderful, record-breaking career, whether he stars on the field or by cajoling his team-mates from the bench.

The Copa Libertadores final second leg will be streamed LIVE right here on Goal [UK ONLY] from 8:00pm GMT.