When Erling Haaland made his first appearance for Manchester City – in a pre-season friendly against Bayern Munich – he was spotted wearing the adidas X SPEEDPORTAL boots. The sight of the Norwegian striker in the bright green boots started the speculation cycle, with rumours that he was on the cusp of signing a permanent deal with adidas.

Instead, Haaland followed up his Three Stripe appearance by wearing the Nike Mercurial Vapor 14 for his Premier League debut. Throughout his young career so far, Haaland has always been a Mercurial man, and it seems fitting that he scored his first Premier League goals while wearing his favourite silhouette. Haaland’s relationship with Nike, and the Mercurial, had previously been more formal, with a lucrative €1 million deal with the American giant.

That deal came to an end at the start of January 2022, and Haaland has been without an official boot deal ever since. The striker seems to be enjoying the freedom though. On-pitch, he’s been able to try out new adidas silhouettes alongside his preferred Nike option, while away from the pitch, he’s been spotted in new releases from each brand, including the Travis Scott x Air Jordan 1 Low “Reverse Mocha” and a recent Liam Gallagher x adidas Spezial collaboration. 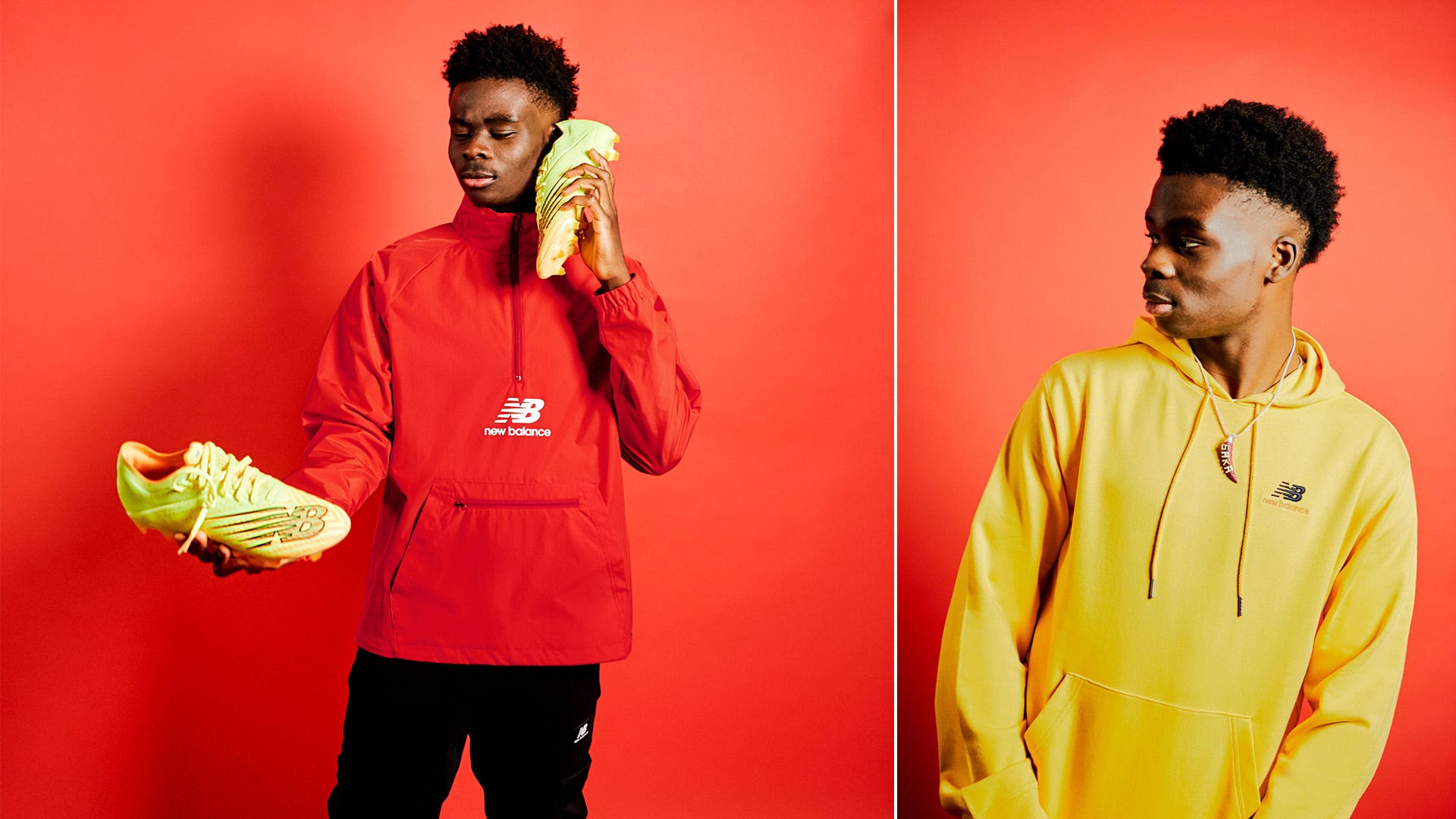 Haaland’s decision to take his time, and potentially turn down a traditional boot deal is part of a wider trend amongst footballers. Last year, The Athletic reported on Thiago (who wore adidas, Nike, blacked-out boots and even Mizuno), Raheem Sterling and Bukayo Saka amongst others, all of whom were coming to the end of their Nike deals and due to be released by the Swoosh. Since then, all three players have signed new deals – Thiago with adidas, while Saka and Sterling are at the forefront of the New Balance revolution – but the endorsement landscape has changed dramatically as brands take a different direction. 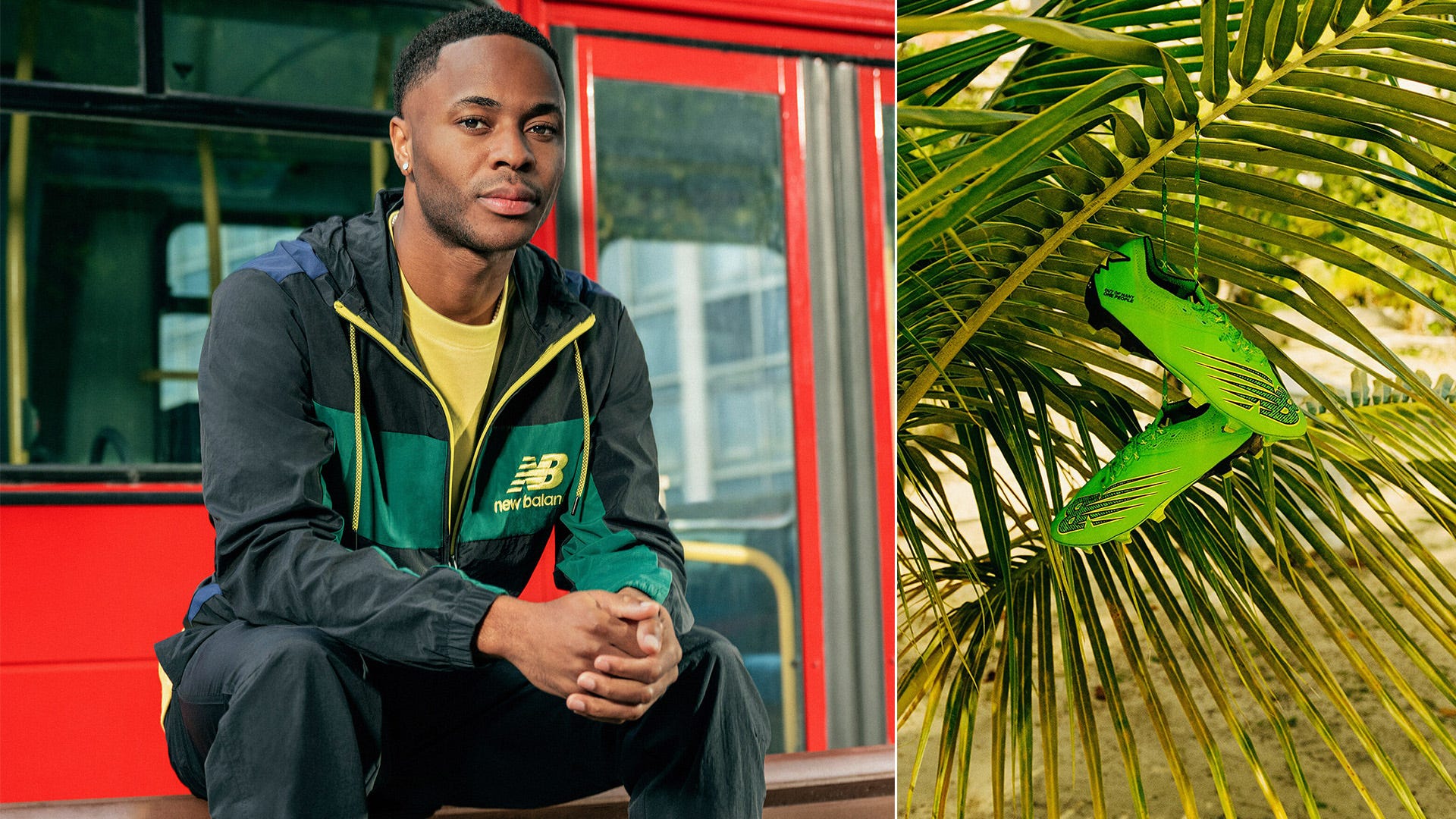 The reasons for the new approach from major brands have never been disclosed, and a number of theories were put forward. The most obvious is the financial impact of COVID-19, which hit Nike and adidas hard and led to a general belt-tightening. In this context, it makes sense if Nike cut back on some of their secondary endorsement deals, and instead focus on the reliable big hitters: Cristiano Ronaldo and Kylian Mbappe.

Nike has also narrowed its scope to focus on players who fit into its “Purpose”-driven approach. The brand has continued to champion Marcus Rashford, and reworked its “Dream Crazy” ad format to celebrate the Manchester United player with the line “Boys from Wythenshawe don’t just become champions. They champion change.”

Similarly, New Balance’s decision to sign up players like Sterling were driven by the same ambition. When he announced the partnership in 2021, Sterling said that he wants “to continue to do things that help people, that give them opportunities and a chance to better their lives.” He went on to explain that New Balance shared this vision, and this was why he decided to sign with them, rather than the rumoured Jordan and PUMA deals.

As major brands take a step back from the sometimes scattergun approach to endorsements, they will continue to champion their biggest names – and best sellers. For Nike, this is Ronaldo and Mbappe, adidas have a lifetime deal with Lionel Messi, and PUMA signed a huge endorsement deal with Neymar Jr. Other players, though, stand to lose out on a potentially lucrative income stream. 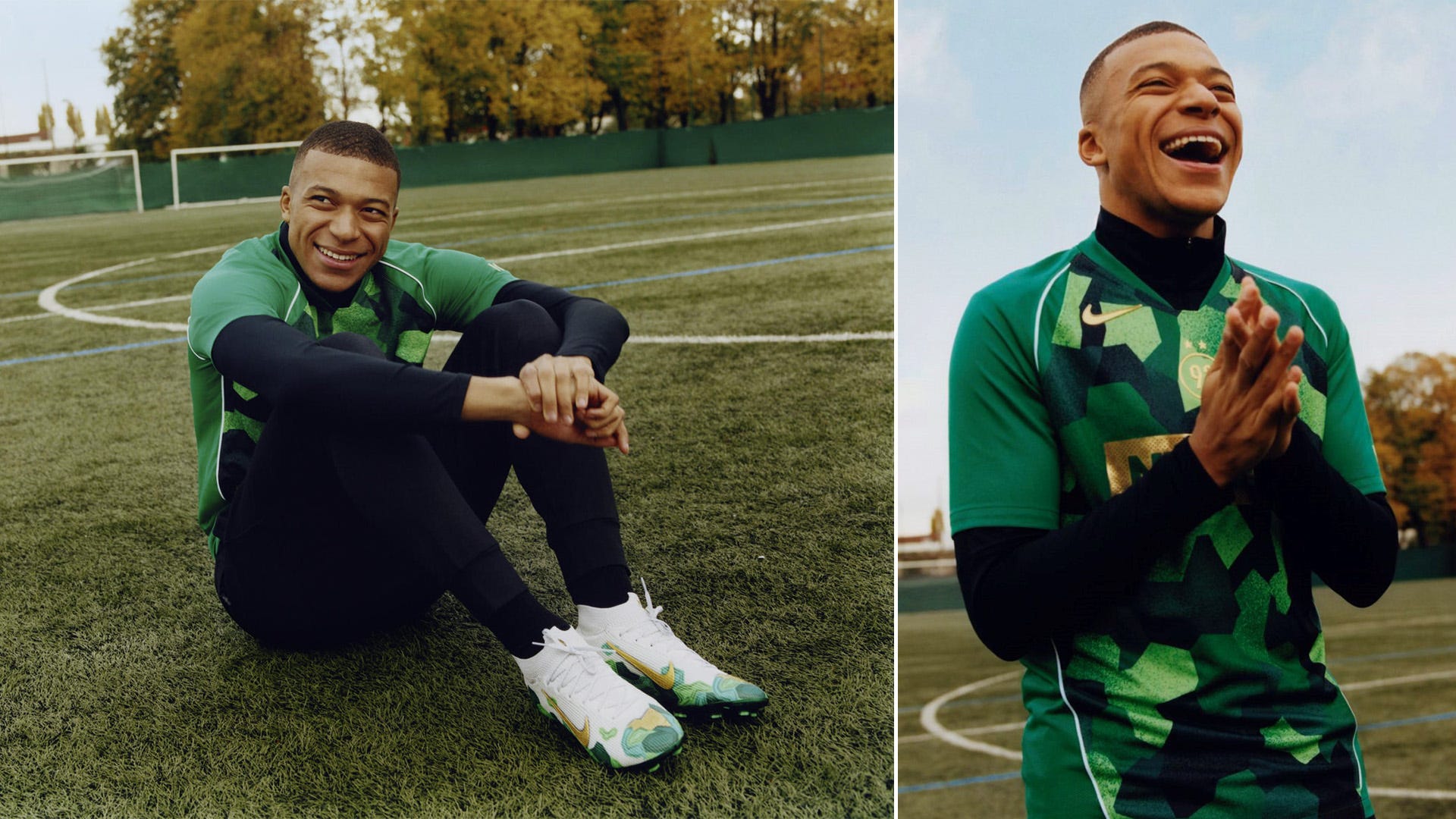 The benefit for players, if they move outside of this set structure, is the freedom that comes with it. While Haaland can now choose which trainers he wears whenever he wants, he will also be free from the most far-reaching aspects of a boot deal. In some instances, this can go far beyond just the boots or trainers worn by a player on match day, and cover a whole host of other products. If you’re signed to a brand like adidas, which makes everything from deodorant to headphones as well, this can have a huge impact.

Writing on his blog, sports lawyer Daniel Geey explained that these deals can cover everything, including “athletic footwear, clothing and accessories like bags, gloves and hats… [it] may also cover sunglasses, golf clubs, sports equipment, headphones, personal care and hygiene products, watches and electronic accessories.” Crucially, this sort of deal can also limit other partnerships for a player. Sure, their boot deal might be one of their biggest deals, but if it reduces the capacity to sign other endorsements, then the financial risk may outweigh the benefits. As Geey continues, “if a player’s boot deal is so wide to cover a large number of products, the player should be aware that the scope to enter into additional commercial deals will be limited.” 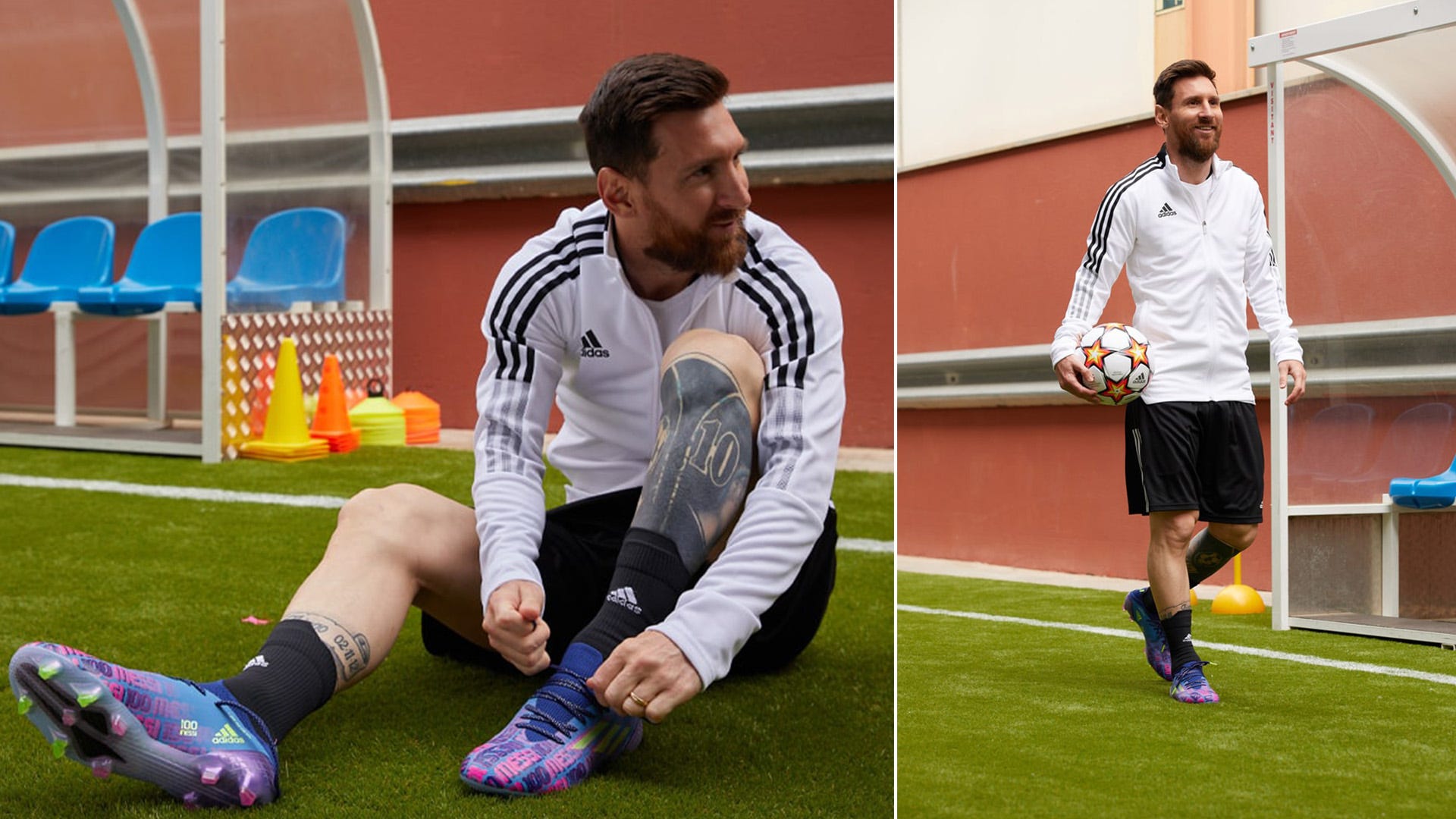 Player’s freedom isn’t just tied to the ability to sign commercial deals. Some just like to have the choice to wear what they want, while others relish no longer having to toe the party line or would rather push their own projects instead. When Mesut Ozil’s contract with adidas was winding down, his agent announced that he would focus on his own label. “Some players reach the end of their career and then try to build a brand, but we think that is too late,” said Dr. Erkut Sogut. “You can either work with these brands for life like David Beckham or Zinedine Zidane, or you can build your own brand, using the time when you are still actively playing to promote things.”

The traditional boot deal is being squeezed from both sides. On one hand, manufacturers are focusing on high-profile players who can offer a guaranteed return, while on the other hand players, newly liberated from restrictive commercial contracts, are relishing the freedom. It’s unlikely that players will rip up their contracts en masse, but more and more players are showing that they can prosper outside of the usual framework. Somewhat surprisingly, a new model for boot deals could benefit both players and brands.