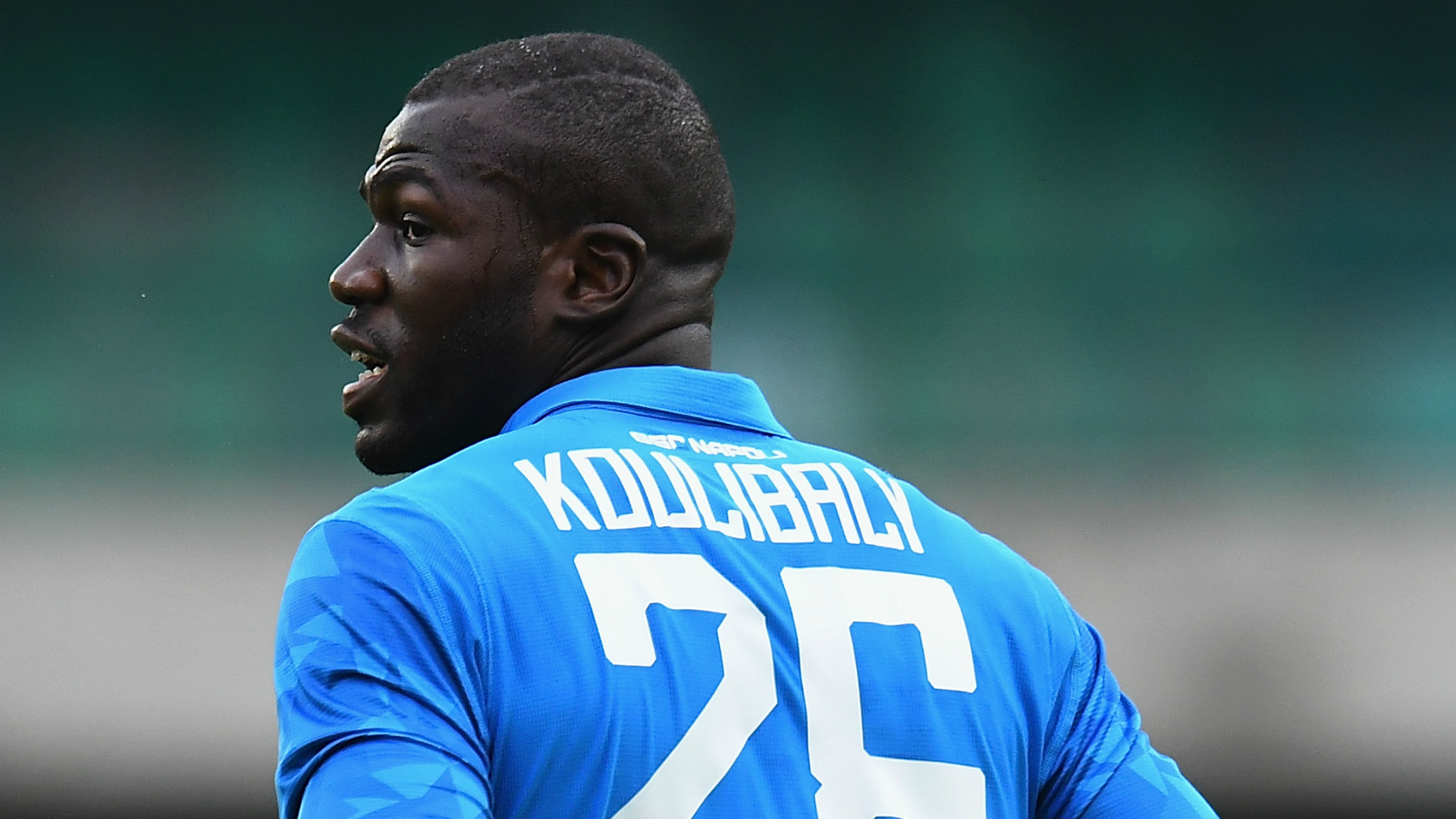 Napoli defender Kalidou Koulibaly has not ruled himself out of a transfer away from the Serie A side as Premier League clubs circle.

Both Manchester United and Manchester City are rumoured to be interested in the 28-year-old, who is away with Senegal at the Africa Cup of Nations.

He refused to be drawn on speculation, but also refused to guarantee he’d be at the San Paolo next season.

“I don’t know [if I’ll still be at Napoli next year], I think so,” he told Goal in the aftermath of his national team’s 2-0 win over Tanzania in the Africa Cup of Nations, “but I have to play the Afcon and then after that I’ll go back to Napoli.”

“Everyone’s speaking about me, but I’m only speaking about Senegal, because that’s my objective today and I want to achieve something big with Senegal.”

Koulibaly, who signed for Napoli from Belgian side Genk in 2014, played all 90 minutes in Senegal’s win on Sunday.

His Teranga Lions comfortably beat Tanzania who hadn’t appeared at the continental showpiece since 1980.

Koulibaly wanted to shift the focus from himself and transfer rumours to his national side.

“Senegal achieved something great today. I am 200 per cent with Senegal and 200% with the 15 million Senegalese people.

“I’m relaxed, I want to focus on the Afcon and after that return to Napoli and we’ll see what happens.

“The most important thing now is to win with Senegal.”

Koulibaly has interested City who are looking for a central defender to replace club legend Vincent Kompany, who left to become player-manager at Anderlecht after the end of last season.

Manchester United are expected to attempt to rebuild their team this summer after another disappointing season last time out, with the back line a key area of need.