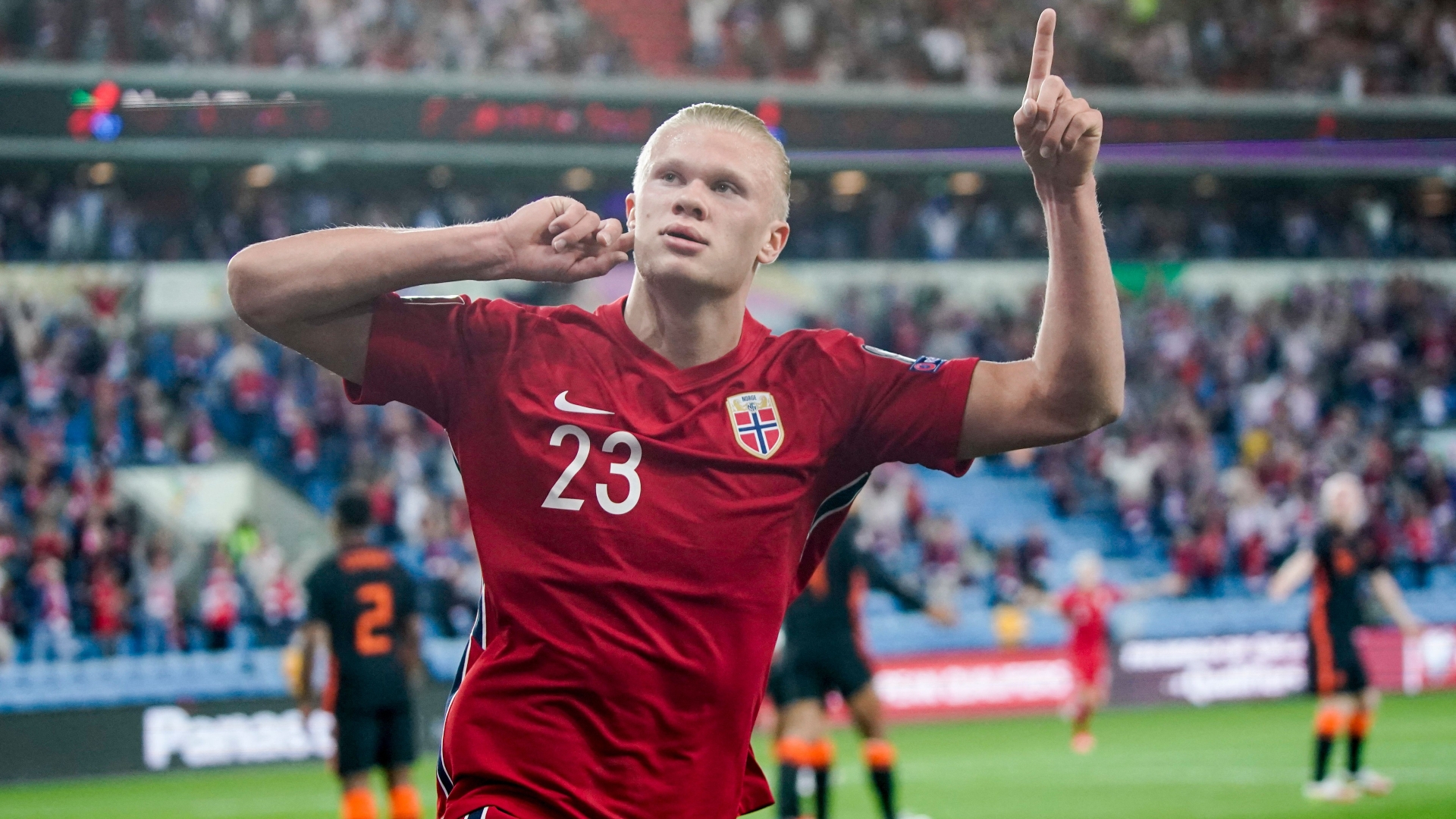 Erling Haaland "laughed and walked off" after an international opponent asked to swap shirts with him, claims Gibraltar forward Reece Styche.

Styche claimed Haaland snubbed Gibraltar captain Roy Chipolina following their 2022 World Cup qualifier against Norway earlier this year - meaning none of the Gibraltar players asked him for his jersey when they faced off again earlier this month.

Hednesford Town striker Styche, who scored in Gibraltar's recent 5-1 defeat to Haaland's Norway, said the Borussia Dortmund striker lacked "class", despite his ability on the pitch.

The 32-year-old, who plays in the seventh tier of English football, told The Sun: "None of us wanted Haaland's shirt, so we snubbed him. Last March, our skipper Roy Chipolina asked for Haaland's shirt when we met in Gibraltar.

"Norway won 3-0 but Haaland never scored, was substituted after an hour and was in a bit of a mood.

"After they'd both done TV interviews, Roy said to him: 'My little boy's a massive fan of yours, do you mind swapping jerseys?' Haaland just looked at him, laughed and walked off! He can buy a lot of things - but he can't buy class - perhaps the media hype has gone to his head.

"He had the chance to make a little kid's day, month, year, whatever and he said no. So no-one wanted his shirt in Oslo. Maybe he kept it to mark his hat-trick or gave it to a Norwegian fan because it was their first home match with supporters after Covid."

Haaland netted a hat-trick in Norway's 5-1 win in Oslo on September 7 to move his country closer to qualifying for a first World Cup since 1998 - however it was Styche's goal for Gibraltar, currently 195th in the FIFA world rankings, which caught the eye.

The forward latched onto a loose ball and expertly clipped it over the keeper just before half-time to stun the home crowd - and Styche says the honour of playing for his country far surpasses any victories or major tournaments.

He said: "I don't need Haaland's top as a memento. My goal is down in history and I'll always have the memories stored in my head.

"I remember vividly looking at the screens after 34 minutes and saying out loud: 'Don't let this opportunity pass you by Reece.' Five minutes later Haaland made it 3-0, but four minutes after that our press won the ball back and I always knew I was going to dink the goalkeeper to score."