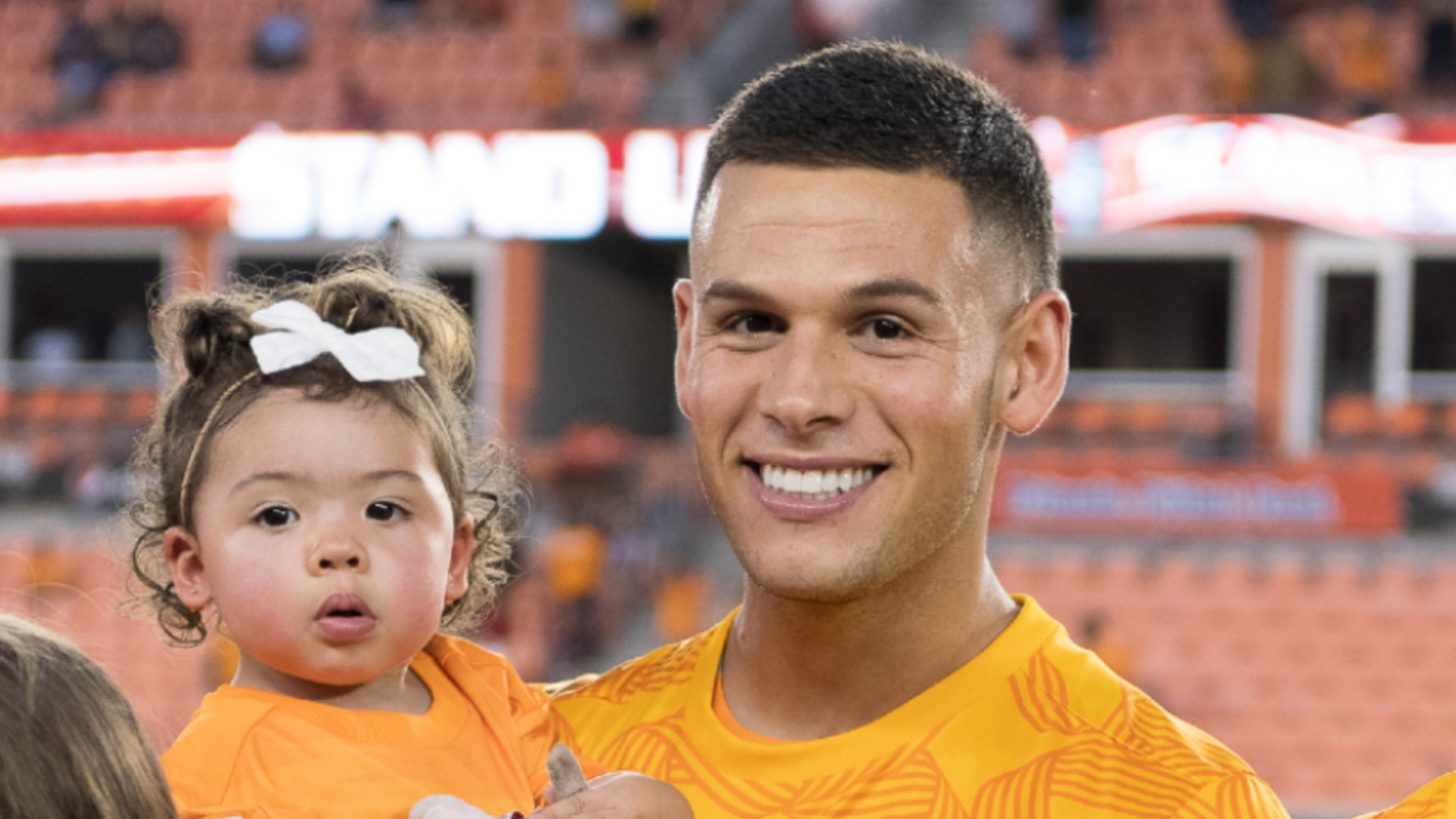 Like many throughout the world, professional athletes are dealing with isolation but have been given a chance to spend unexpected time with loved ones

In a normal year, the month of March is when MLS truly gets going. The season is usually a few weeks old, maybe a month for those fortunate enough to be in the Concacaf Champions League. After a gruelling preseason and an offseason longer than pretty much any other league in the world, this is normally when the grind begins.

But this isn't a normal year and this has been anything but a normal month. After just two weeks of MLS play, the league has been shut down by the coronavirus. Like the rest of the country and most of the world, Covid-19 has brought life to a standstill.

And there are few positives to take from that. The pandemic rapidly evolved into a global crisis that touched just about everyone on the planet in some way. But, for many, this time of quarantine and isolation has been made easier by those you're spending it with and, for players that are normally knee-deep into an MLS season at this time of year, it offered an unexpected chance at family time.

It's time players, coaches and executives wouldn't typically have and, for those with young children, it's time that gives them a chance to embrace life as a parent when their focus would normally be elsewhere.

"It's been an adventure. It's been fun," said Inter Miami goalkeeper Luis Robles, who has three young kids. "I think the one thing that has been apparent to my wife and myself is that we're not cut out for homeschooling, but we are making adjustments and we are learning on the fly. And the real big positive is we get to spend a lot of family time together, whether that's doing puzzles or just being outside riding your bike."

Things we love to see: Luis Robles in #GirlDad mode and reminding everyone to #StayHome.

Despite being largely confined to their homes, the aim for those with young children is to maintain some sort of normalcy, whatever that is, while providing activities that physically and mentally challenge them.

In the household of Houston Dynamo forward Christian Ramirez, that begins in the afternoon. In the morning, Ramirez is tasked with workouts passed on by the club which, fortunately for him, include time on his wife's Peloton bike. Then, on some days, there are position-exclusive video conferences as new coach Tab Ramos looks to break down each player's roles and responsibilities in his first season in charge.

Once that's done, family time begins. Ramirez is then free to spend time with his wife and two-year-old daughter, and entertaining a two-year-old is no easy task. Making that even more difficult is the fact that Ramirez's wife is six months pregnant as the family prepares to welcome its second child.

"It's just trying to get through each day," Ramirez told Goal. "We recharge our batteries every night and say. 'Let's try and think of one new thing to do with her tomorrow to keep her entertained', and we go from there. We've done baking with her. We let her help make pancakes in the morning. We got her a slide on Amazon for 30 bucks that has been a lifesaver because she'll just go up and down the slide and run around the living room. It feels like she's outside in a way. We try and do one new thing every day to keep her entertained and active.

"We try to find one little window to do a lap around the complex to get Zara some fresh air. Other than that, we try and play games and fast-track her on learning. Basically, all we can really do is spend time together."

For many, that extra time is precious, especially to those like Robles' Inter Miami teammate Wil Trapp.

The midfielder and his wife had their first child in the fall, right as the MLS season was winding down. Then, during the offseason, everything changed. Trapp, the Crew's longtime captain and homegrown star, was traded to Inter Miami after spending his entire professional, college, and youth career playing for teams in the state of Ohio.

Being traded is enough to shake up any player's life. It presents a move to a new city with new teammates, a new community, new friends and a new culture. But doing so with a newborn to worry about? That's even more stressful. In addition to house hunting, furniture buying and all of the other tasks that come with a big move, Trapp also had a preseason to worry about as he became a vital part of an expansion team.

That left little family time with his wife and child, but he's getting some of that time back now, even if it isn't in ideal circumstances.

"It's been amazing," Trapp said. "Honestly, it's interesting because preseason is such a difficult time when you have a family because you're away from them for six, seven weeks. And I know for us being traded in the midst of preseason was another wrinkle. And with my son now being five months old, that's a whole other beast. Now, it is a little bit of Groundhog Day every day, but it's been amazing to see and be with them and spend the family time that we usually don't get to have. And for us settling and getting used to life here in Florida, albeit a different type of life than we expected at the moment."

While the time itself is a blessing, there are also obvious difficulties. Doctor visits, at the moment, are one of them, as the entire country and world remain on high alert for coronavirus. That causes a ripple effect all the way down through every level of the healthcare industry.

Ramirez says he's seen that ripple effect. His wife is due in July as the family prepares to welcome another daughter. His two-and-a-half-year-old, meanwhile, recently battled an illness that left the forward and his wife concerned.

Walk around the block to get this 👑 some fresh air. Someday soon we’ll get back to the playgrounds 🙏🏽 pic.twitter.com/Y6aUdkeliy

"It's so sensitive," he said. "Since she was born, it feels like she gets sick every few months, whether it's a fever or an ear infection or something like that. Just a few days ago, we had to take her to the doctor and only one of us got to go in because of the precautions and regulations. We experienced that fear of going in, because she got a fever, and trying to figure out what's going on. Luckily, it was an ear infection and a throat, but it's all pretty wild."

That's one way to describe this time: wild. It's a time filled with uncertainty. This family time is a spectacular distraction from all that's going on in the world right now, but the hope is still to get onto the field as soon as possible. The moment that's possible, players will jump right into an impromptu preseason and get back to their day-to-day life.

And, from that point forward, they'll resume their job as a professional athlete. Those training sessions, road trips and games will add up with one team, eventually, winning MLS Cup at the end of it all, whenever that may be.

"It's been a blessing, so to speak, that we've had the family time," Trapp said. "But that doesn't change the fact that we want to be back on the field doing what we love to do every single day."

Added Robles: "It is definitely different and it's not what anyone could have expected but you're right, there's a really huge positive in all of that is that we get to spend a lot of time as a family and that's something that we are grateful for."