Prime Salah or Prime Suarez? Only one winner as Liverpool legends prepare for Champions League showdown 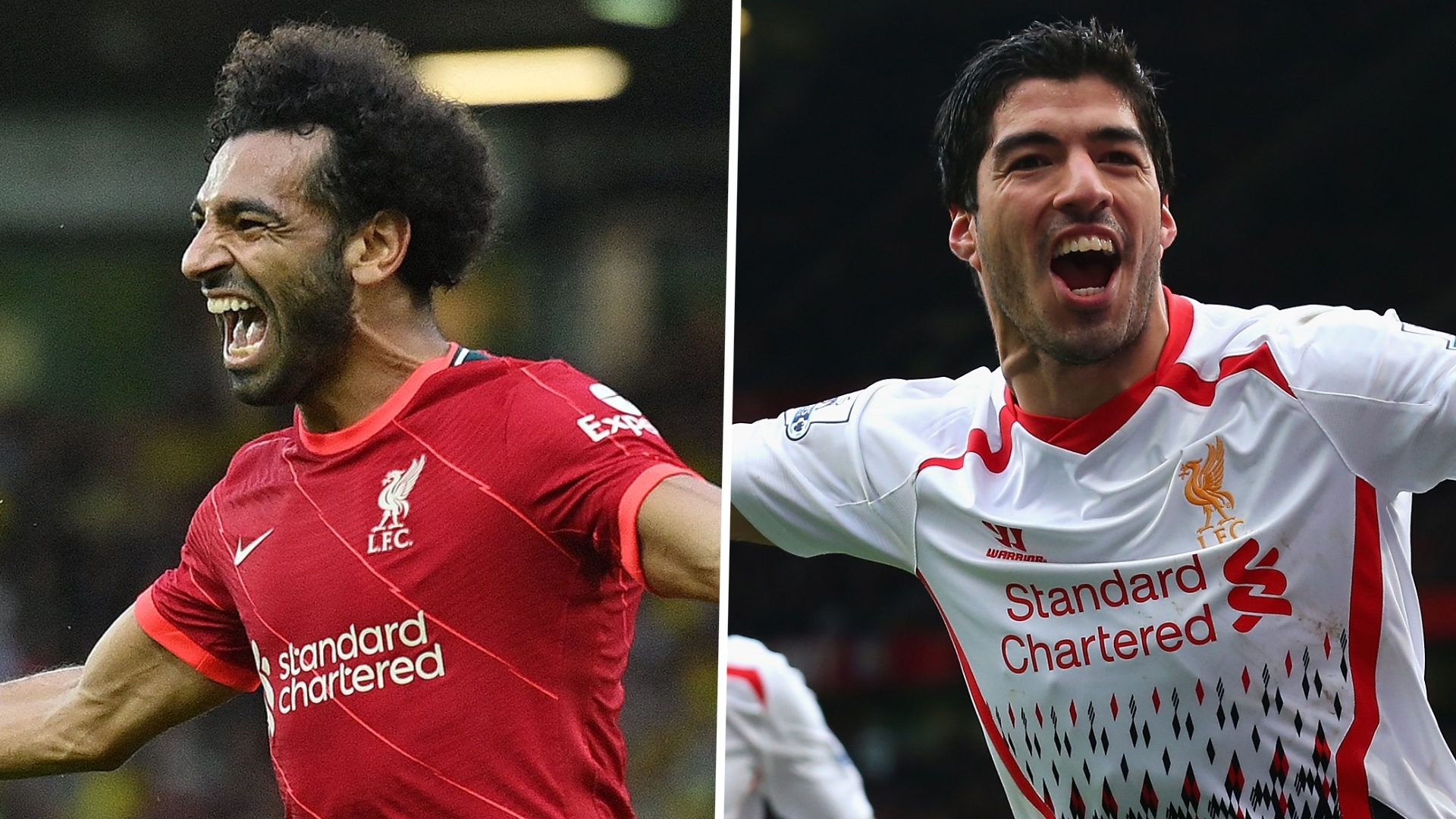 Rio Ferdinand was adamant, and why wouldn’t he be?

“The icing on the cake is he’s an integral part of a team who’s won big trophies. He’s a joy to watch - an assassin in and around the box. I can’t look past him in the modern era.”

Michael Owen was adamant too, mind, and why wouldn’t he be?

“The question was ‘who would you have for one season?’ right?” he pointed out. “Well the season Luis Suarez played under Brendan Rodgers [2013-14], I’ve never seen anything like it in my life. He was unbelievable, off the scale.”

The debate, played out on BT Sport following Liverpool’s Champions League win at Porto last month, would continue for days on social media.

Prime Salah or Prime Suarez; which one are you taking?

It is a topic worth revisiting this week, as Salah’s Liverpool prepare to take on Suarez’s Atletico Madrid.

Who would you choose: Luis Suarez in his Liverpool prime, or Mo Salah right now?@rioferdy5 and @themichaelowen don't see eye to eye... 👀#UCLTONIGHT pic.twitter.com/ydl6WLpKGD

It is a meeting of two genuine modern greats; the Egyptian King against the Uruguayan whirlwind, played out in the wonderful surroundings of the Wanda Metropolitano.

What memories these two have provided for Reds fans. What joy they have brought. Anfield has had some incredible players down the years but, in terms of talent, these two stand alongside any of them.

The numbers alone speak volumes; 135 goals in 214 games for Salah and 82 in 133 for Suarez. Of the players to have played 100 or more times for Liverpool, only Gordon Hodgson has a better goals-per-game ratio than these two.

And then we throw in the assists; 46 for Salah, 29 for Suarez, albeit in fewer games and, let’s be fair, playing in a lesser side too.

How about the moments, those days and nights where they took the breath away with their brilliance?

Salah does so on a regular basis, of course - he was at it again on Saturday versus Watford - but for three-and-a-half years on Merseyside that was Suarez’s stock-in-trade. Great goals, great performances, great memories.

What is clear is that Liverpool supporters have been blessed to have witnessed these two remarkable footballers at the peak of their powers. Different characters, for sure, but similar in their relentless quest for excellence, their desire to win matches, score goals and put themselves among the world’s best.

Both were signed by Liverpool as ‘very good’ players, but both went up levels once they set foot inside Anfield. Both scored on their debuts - Suarez against Stoke, Salah at Watford - and never looked back.

Jamie Carragher reckons Suarez, who scored 78 goals in his three completed campaigns with the club, became the best striker in the world at Anfield, and the former Reds defender believes Salah can now claim the same status.

“I don’t think there is anyone better in the world at this moment,” he told Sky Sports recently. “He is one of the greatest players ever to play for Liverpool.”

It is the consistency, as much as anything, which jumps out. Salah has never scored fewer than 23 goals in a season for Liverpool, and never played fewer than 48 matches. He has missed only seven league games since 2017.

Suarez, by contrast, missed 18 in his time with the club, the majority of which were through suspension. The Uruguay international's goals and brilliance may stick in the mind, but so do the other things; the petulance, the bites, the Patrice Evra row which dragged Liverpool’s name through the mud.

No such issues with Salah, whose disciplinary record is exemplary. He has, in fact, been booked only four times in the Premier League for Liverpool, and three of those were for removing his shirt after scoring.

Fans will never forget those Suarez moments - that shoulder control, touch and finish against Newcastle for example, or the best four-goal salvo you could ever wish to see against Norwich City - but is it really right to compare his Liverpool output to Salah’s?

Suarez, for instance, never played for the club in the Champions League, and departed with only a solitary League Cup medal to show for his efforts. He left under a cloud too, joining Barcelona a year after attempting to force through a transfer to Arsenal. His last season was his best, but many fans never forgot his conduct during that strange ‘what are they smoking?’ summer of 2013.

Perhaps the feeling was that he was too good for Liverpool at that point. Carragher remembers wondering ‘how the hell have we signed him?’ after Suarez’s first training session, and certainly there were times when it felt like he, more than even Steven Gerrard, was the one carrying the Reds on his shoulders.

The demise of Rodgers’ side after his exit, as well as Suarez’s world-class form for Barca, and latterly Atleti, only lends weight to that theory.

Salah, though, has matched those levels, surpassed them even. He has won the PFA Player of the Year award, earned the Premier League Golden Boot twice, has been named in the Team of the Year twice and shortlisted for the Ballon d’Or three times.

The footwork is magical, the finish is sublime.

He had the Watford defence on strings! 😱 pic.twitter.com/tBWPWWOxeX

Yes, before you ask, you can have all the replays too. #MyPLMorning

He might be curiously underrated in some quarters - quite how Cristiano Ronaldo won the Premier League Player of the Month award for September is a mystery - but he is adored at Anfield.

"For me, he's the best," said Klopp after Salah's latest masterclass, at Vicarage Road. "I see him every day and that makes it more easy for me, but Mr Lewandowski is out there, Ronaldo still scoring like crazy, Messi still putting out performances on a world-class level, Mbappe and all these kind of things and others will come.

"But, yes, in this moment he is for sure on top of that list."

There will, one imagines, be a smile and a fist bump when Salah and Suarez meet in Madrid on Tuesday. How could they not respect each other, given their respective achievements?

When it comes to Liverpool, though, there can only be one winner. Prime Suarez was something, but Prime Salah is something else.

And crucially, for Klopp and his supporters, Prime Salah is still there to be enjoyed for some time yet...