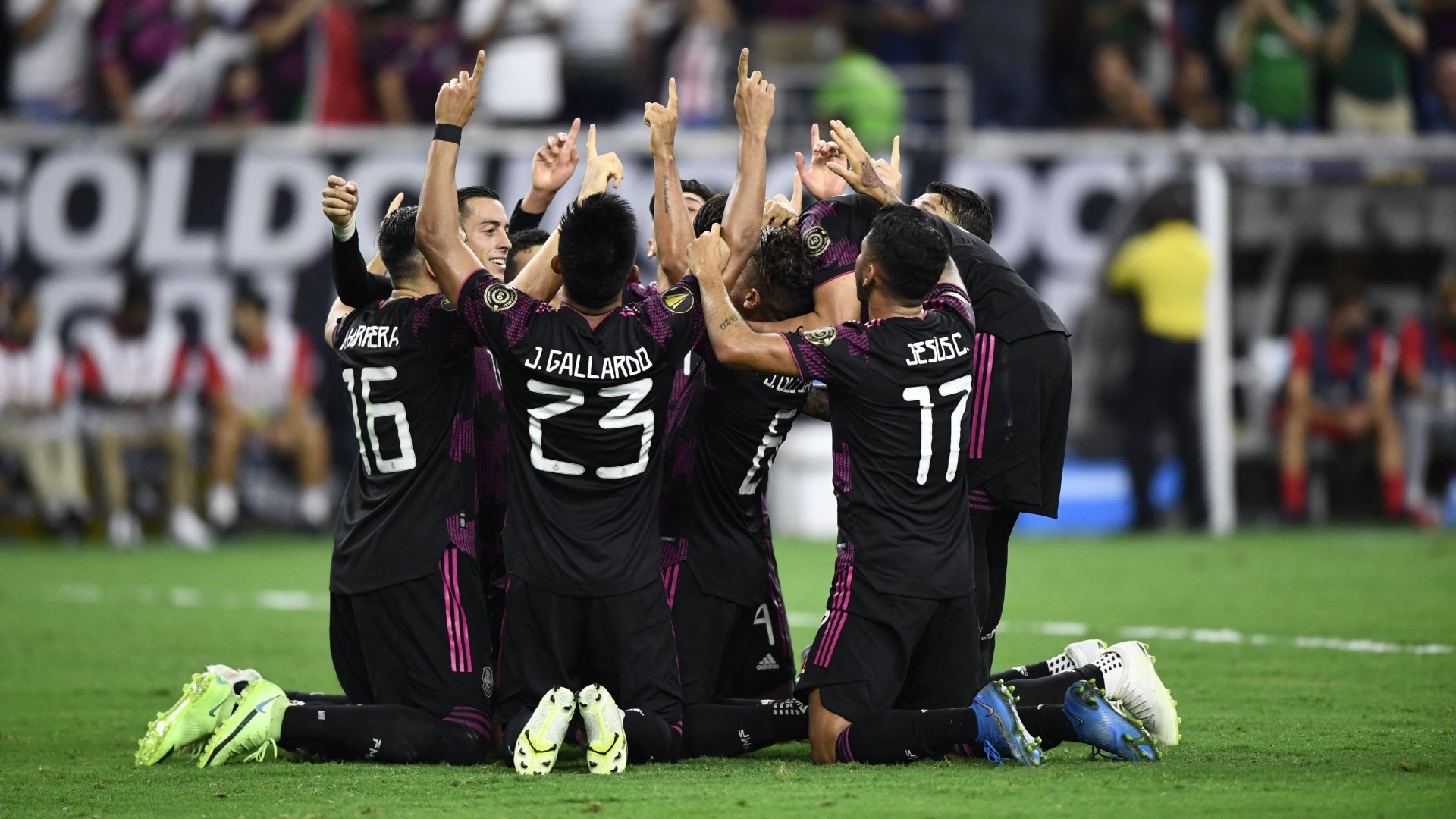 The midfielder started Thursday's Gold Cup match against Qatar shortly after the passing of Zizinho, who starred for Mexico during the 1980's

Geraldo Francisco dos Santos, better known as Zizinho, died at the age of 59 on Thursday, shortly before his son was set to take the field against Canada.

But Dos Santos opted to start the game for Mexico, playing 61 minutes as El Tri went on to win 2-1, with Martino explaining that Dos Santos played as it's what his father would have wanted.

Zizinho was born in Brazil but began his professional career in Mexico in 1980 with Club America before going on to play for the likes of Club Leon, Necaxa and Monterrey.

Two of his sons went on to become prominent members of Mexico's national team: Jonathan and his brother, Giovani.

What did Martino say?

"The situation with Jona and what happened today, first we hear the news with deep sadness," Martino said. "After that, we all had to overcome the fact that Jonathan received this news and try to give him strength.

"Only he knows what he's feeling in these sad moments. After communicating with his mother, he decided to stay and play because, in his words and his mom's, it's what his dad would've wanted.

"Whatever decision he would've made in this circumstance, he has all of our support. It's one of those days where you analyze whether or not football is the most important thing in life or if it's family."

How did Mexico honor Zizinho?

Jonathan Dos Santos, whose father passed away earlier today, is surrounded by his teammates after Mexico's goal ❤️🇲🇽 pic.twitter.com/LV5qts5sbW

After Orbelin Pineda scored the opening goal of Thursday's win, the entire Mexico team huddled around Dos Santos and pointed to the sky.

Hector Moreno was among the Mexico players to pay tribute to Dos Santos and his family after the game, saying in an interview with Univision Deportes: "It’s very tough because Zizinho was a great person.

"I only hope that he has a beautiful rest, that the family is good and from here we send our most heartfelt condolences.”

Up next for El Tri

Following Thursday's win, Mexico booked a date in the Gold Cup finale, where they'll take on a familiar rival.

El Tri will look to repeat as Gold Cup winners as they take on the U.S. men's national team, who advanced to the final on Thursday with a 1-0 win over Qatar