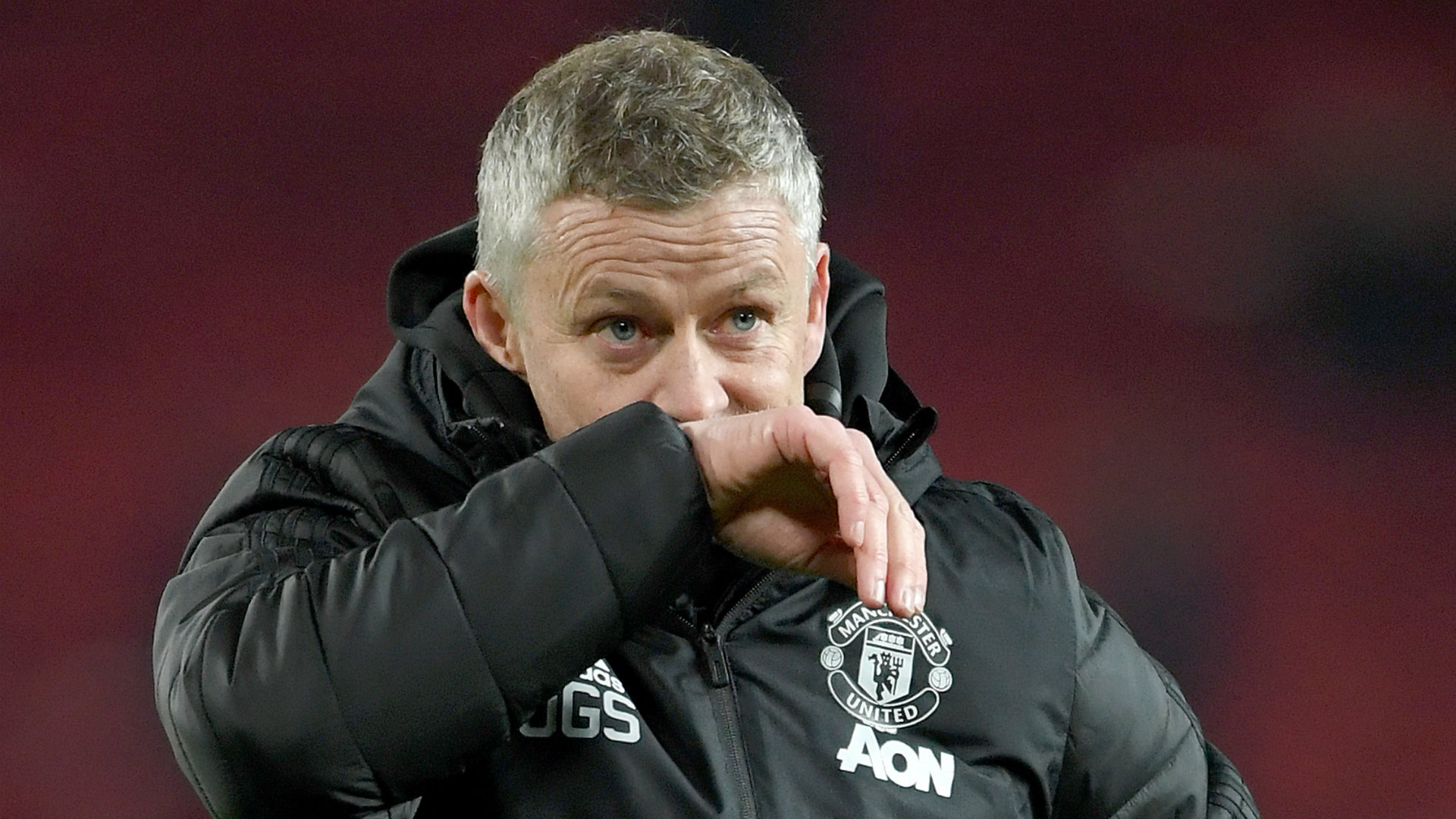 This week Ole Gunnar Solskjaer will either convince the doubters that they are wrong to question his position as Manchester United manager or he will prove them right once and for all and demonstrate he is not up to the task.

There are massive matches around the corner – against a Jose Mourinho-led Tottenham at Old Trafford on Wednesday before a short trip to the other side of Manchester for the derby on Saturday against City.

Each will have a bearing not only on United’s ambitions to contest the Champions League places in the Premier League – already a near-impossibility given their ninth-place vantage point after Sunday's 2-2 home draw with Aston Villa – but on Solskjaer’s grip on power.

To stand a chance of being the long-term solution he is going to have to make his team not only avoid defeat in those matches but also to play well, to demonstrate that he has some kind of positive influence over how they play. Right now they are not playing well, week to week, game to game, minute to minute.

And far from standing up to Spurs and City, they are struggling in the arguments with the Premier League’s lesser lights, a cohort to which now they must surely belong. Their peers are Newcastle and Bournemouth, Sheffield United and Villa; those are the kind of clubs who would be satisfied with a mid-table finish but who nonetheless can strip points from the once-mighty Manchester United with nothing more than a solid game plan and a bit of courage.

Mourinho’s down-talk of the club when he was in charge had been seen at the time as a means to protect his own work from scrutiny and to preserve his reputation. But he was right. This is a disaster. It wasn’t all Mourinho’s fault, nor is it all Solskjaer’s, but there is little question that there are better managers out there and not least the man sacked by Spurs to make way for Mourinho - Mauricio Pochettino.

How is it that Manchester United can be outperformed, usually away but now at home too, by clubs with cheaper players? That question is answerable only by the manager. The buck stops with him, performance-wise. Yet again United were second-best and made to look inferior and this time it was by a newly-promoted team with one of the worst away records in the division.

In Jack Grealish, Aston Villa have the kind of playmaker that United are crying out for, a true No.10 with diamonds in his boots. His opener was world class but still owed plenty to the failings in the United ranks. The only solutions United had for his talent were fouls.

But why was he permitted to turn so easily by Andreas Pereira? How come Aaron Wan-Bissaka did not come to his team-mate’s aid? Where is the evidence of coaching, of scouting, of knowledge of what Grealish likes to do?

Villa were stroking it around during the first half in particular, with United unable to prevent the one-twos and forward runs. The visitors even survived the loss of winger Anwar El Ghazi, who had set up their first goal.

In contrast United were again disjointed. Their forwards could neither hold up the ball nor turn. Their lack of a true centre-forward is exposed in games like this. Anthony Martial cannot effectively do the heavy lifting, like a Wesley can at the other end. Marcus Rashford even somehow contrived to miss the header that eventually got United level, hitting the post when it was easier to score.

It could have been much, much worse for United had Grealish not been narrowly judged to be offside in the run-up to a successful strike at goal by Douglas Luiz. They didn’t deserve their equaliser but the goal which made it 2-1 came during their best spell of play. They capitalised on Villa’s tiredness and pinned them back.

There was, however, scant evidence on the day of any sort of ability to make goals from open play. They will be thankful that Dean Smith’s team were so inattentive to short corners. Villa, though, had tricks in that regard of their own. Tyrone Mings, at fault in the build-up to the first United goal, thudded a shot home on the turn. It was nothing more than they deserved.

But here we are, a few days away now from two showdowns which will define Solskjaer’s tenure. He’s in charge of a team that can hardly score from open play at home against Aston Villa, a team who had to this point lost every away match this season except one. It’s just not good enough.

Solskjaer’s United have the uncanny ability to make every team they play look good. It’s Mourinho and City around the corner. We could well have reached the endgame.