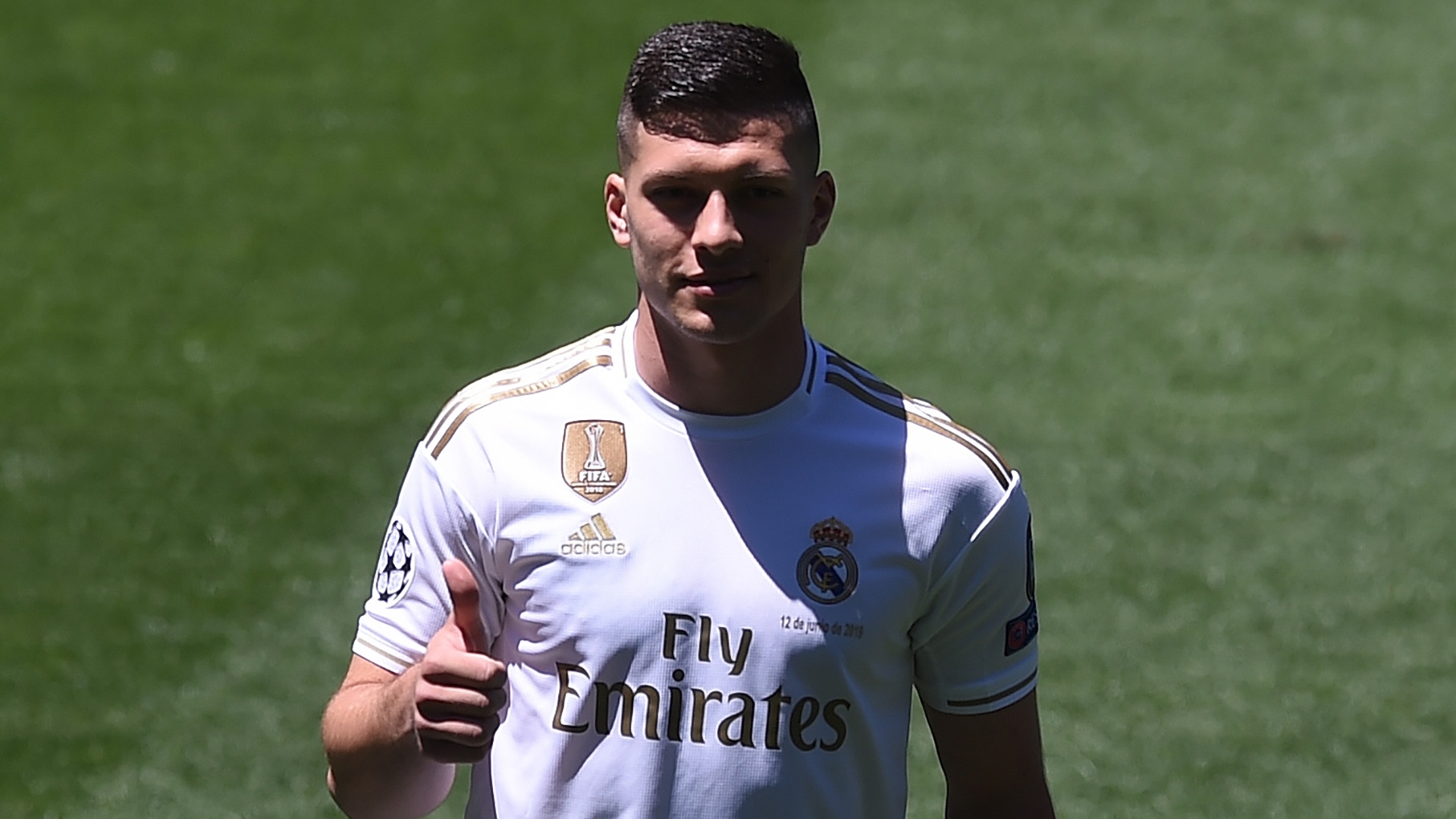 Luka Jovic has laughed off speculation that he could be set to leave Real Madrid on loan this summer, despite having just arrived.

The 21-year-old striker made his debut off the bench in the closing minutes of Madrid’s 3-1 win over Celta Vigo and appears to be behind Karim Benzema in the pecking order at present.

However, the Serbian says he knows that he has the confidence of head coach Zinedine Zidane and is prepared to be patient and wait for his chance.

"[Zidane] believes in me and his story has not changed during this time as we work together,” Jovic told Novosti.

“I am learning from him day by day, which I am very pleased with, because he, as a player and as a coach, is at the very top of world football."

He added: “[The media] always make me laugh. [They] will always deal with such stories [about me leaving Real Madrid]. I have been used to all kinds of comments since the beginning of my senior career, I have come to terms with the fact that there can always be those comments. Time will tell what is true.

“I'm ready to give the maximum and offer everything I can. I don't even expect to play all of the games right away. However, through work and effort, I will reach my goal. I am pleased with the way the [club] have accepted me, I wish I could have scored at the start, but I am in no hurry. I know my [time] will come.

“It takes time to adjust to the club, the players, the style of play itself. I prefer to constantly contribute to my team and grow with it than to shine in a few games without me being anywhere. Each of us is different, adapting in different ways."

The forward is expected to compete with Benzema for time as Real Madrid's starting striker after the Frenchman fired 30 goals last season while emerging as one of the team's lone bright spots in a lacklustre campaign.

And while Benzema is a very different player than Jovic, the former Eintracht Frankfurt forward is looking forward to learning from the veteran goalscorer.

“[Benzema] is a very interesting striker, has a lot more experience than me, and I try to learn from him. One of the best things about football is when you can play [with] big aces as a young player and learn from them.

"All the players have received me nicely and I get along well with everyone. There is spontaneous conversation in the locker room, we laugh often.”