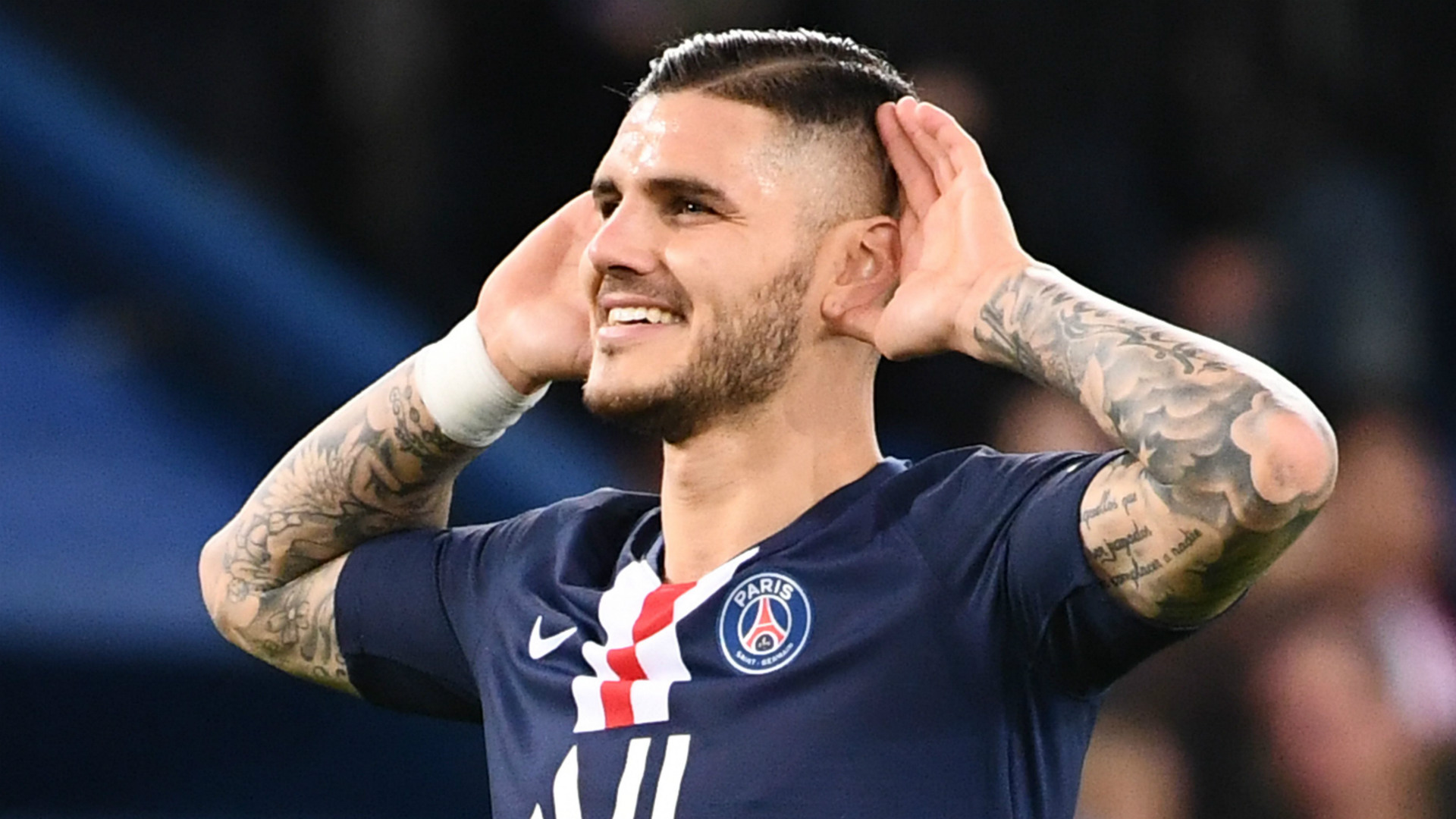 Mauro Icardi is not certain to remain at Paris Saint-Germain beyond the terms of his loan deal, agent and wife Wanda Nara has said.

The Argentine, whose parent club is Inter, has scored 14 goals in 18 matches since moving to France, forcing Edinson Cavani to take a place on the bench.

But, despite a prolific beginning to life in the City of Lights, he is not guaranteed to stay after his one-year loan deal expires.

"It will be his decision," Nara told Eurosport when quizzed about the future of the 26-year-old.

"Nothing is certain. We'll see. Travelling between Paris, Rome and Milan [where the couple’s children, Isabella and Francesca, are presently being educated] is easier said than done.

"Mauro has done some lovely things in France and I am happy. We have made friends and we will have to wait and see.”

With a prolific scoring record in Serie A, where he has netted 124 times in 219 outings over six seasons for Inter, there are rumours that Icardi could switch to Juventus, Inter’s great rivals, though these have previously been dismissed by Nara.

Icardi is expected to start in PSG’s Coupe de la Ligue quarter-final match against Saint-Etienne on Wednesday, having been left out of their 6-0 crushing of amateur side Linas-Montlhery at the weekend – a game in which a largely fringe squad featured.

It is anticipated that he will be paired with Kylian Mbappe in attack for the midweek knockout fixture, with Neymar and Angel Di Maria playing wide in a 4-4-2 formation.

PSG are currently building towards a Champions League last-16 encounter against Borussia Dortmund, the first leg of which will take place in Germany on February 18.

Thomas Tuchel’s side have established a seven-point gap at the top of Ligue 1 ahead of Marseille and have one game in hand, having won 15 of their 18 fixtures to date this season.