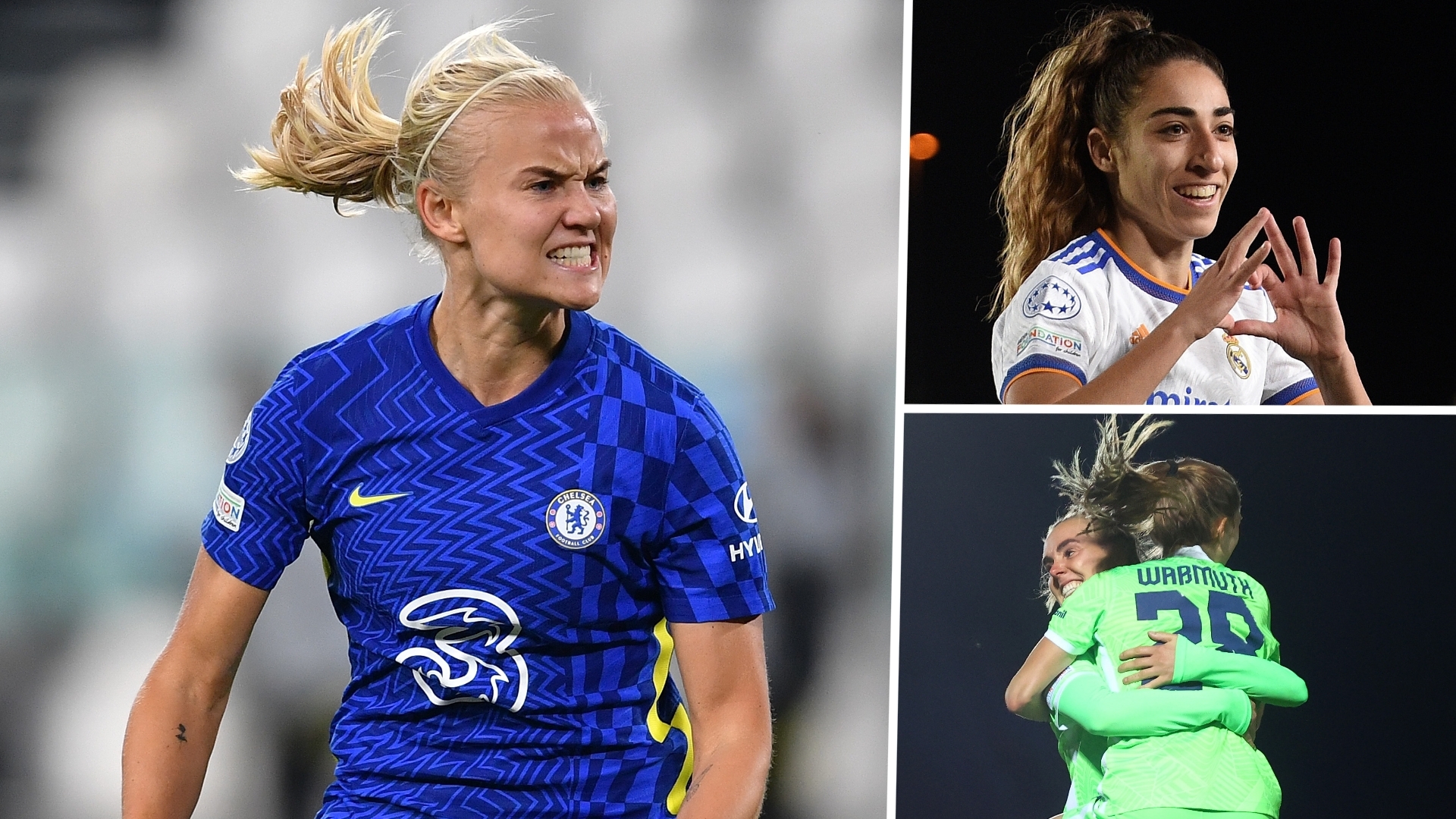 Chelsea's trip to Juventus was the headline fixture on matchday two, with reigning UWCL champions Barcelona given a surprisingly stern test in Denmark

After a terrific opening round in this season's Women's Champions League group stages, matchday two gave us even more goals and plenty of talking points.

Chelsea's trip to the ever-improving Juventus was the pick of the matches - and it did not disappoint. It was the only game of the week in which both teams scored, even, with the rest of the fixtures seeing the favourites get expected results against the underdogs.

However, not all of those winning teams had it their own way, particularly reigning champions Barcelona, who were put to the test by a very ambitious debutante.

After Pernille Harder scored a stoppage-time equaliser for Chelsea last Wednesday against her former club, Wolfsburg, her manager Emma Hayes described her as having “found her home in the team this season”. She’s not wrong.

The most expensive female footballer of all time spent her first campaign in London adjusting to a new role and a new league, never mind all the off the pitch stuff that comes with moving to a new country.

It wasn't a bad first season by any means, but this term she has been even better, given the freedom to roam and pick up pockets of space while Fran Kirby and Sam Kerr buzz around her, making runs to complement that.

In Turin on Wednesday, she played a super pass to Erin Cuthbert, who drove inside to give Chelsea a first-half lead against Juventus. Then, she popped up in the right place at the right time to score the Blues’ winner. It was an “outstanding” performance from last year’s Goal 50 winner, Hayes said. “She’s taken us to an even higher level.”

Juventus are closing the gap in Europe

Juventus’ women’s team may be attached to a huge club, but there are still strides for them to make to be among the elite in the UWCL. After all, this is just their fifth ever season.

In the past two campaigns, they’ve struggled to make their mark in Europe due to two extremely tough draws - facing seven-time champions Lyon last season and Barcelona, who triumphed in May, the year before.

However, the narrow 3-2 defeat in the first leg of that Lyon tie sent a message and a similarly close loss to Chelsea on Wednesday did too. With a very talented squad, particularly in their options up front, they posed serious problems for the champions of England.

“We’ve shown we can play a nice game against last year’s runners-up,” midfielder Valentina Cernoia said after the game. “If we play as we did tonight, we can play against anyone."

With a new manager and lots of new players, it’s an interesting season for Wolfsburg. There is a new style to adapt to and new relationships to be formed on the pitch.

Star striker Ewa Pajor is out until the new year and captain Alex Popp is also missing, making the start of this new chapter a little more difficult. However, their first two outings in Europe have seen Tabea Wassmuth and Jill Roord form a deadly partnership up front to provide the goals those two currently cannot.

The interchanging of positions between the pair was excellent in the draw at Chelsea and was again on Wednesday, in a 5-0 win over Servette.

Chemistry will take time to come, but the link-up play between Roord and Wassmuth - crucially, when the former plays further forward - has been brilliant and provides a promising early sign.

After starting their season with a huge win over Manchester City in qualifying for the Champions League group stages, things have been difficult for Real Madrid.

They picked up one point from their first five league games, with the pressure heaping on head coach David Aznar to the point that El Confidencial reported last week that players have asked for him to be sacked.

If Aznar is to turn things around, the Champions League will be huge. The Spanish side have been handed a kind group, with Paris Saint-Germain the only team in it that they wouldn’t be expected to beat.

They won their first game against Kharkiv, of Ukraine, last week and carried that momentum into the weekend as they beat Eibar for their first league win of the season. Caroline Moller’s hat-trick helped make that three wins in a row on Wednesday against Icelandic side Breidablik. It could be the run of results that the team and its coach need.

Koege show Barca - and Europe - that they are no pushover

There was a lot to talk about from Barcelona's 2-0 win over Koege on Thursday night. The reigning UWCL champions rotated significantly and the importance of many players shone through. The defence looked disorganised without its leader, Mapi Leon, and the midfield was disjointed with both Aitana Bonmati and Patri Guijarro on the bench, while Ballon d'Or front-runner Alexia Putellas missed out with a knock.

However, substitutes came on and helped Barca get the points they needed, Bonmati in particular making an impact, allowing them to learn and move on - but this wasn't all about the Catalans not being at the races.

Koege deserve plenty of credit for the way they approached this game, particularly in the first half. Within a minute, they had forced Sandra Panos into an excellent save, and it wasn't the only big stop the Barca goalkeeper had to make in the first half.

As the visitors looked to their bench, and the Danish side got a little tired and dropped back in their own half, the inevitable happened. But this was still a night with a ton of positives for a Koege team with a really exciting, ambitious project that has the potential to only get better from this European experience.