The hero of Euro 2020: Kjaer redefines what it means to be a captain with vital Eriksen intervention 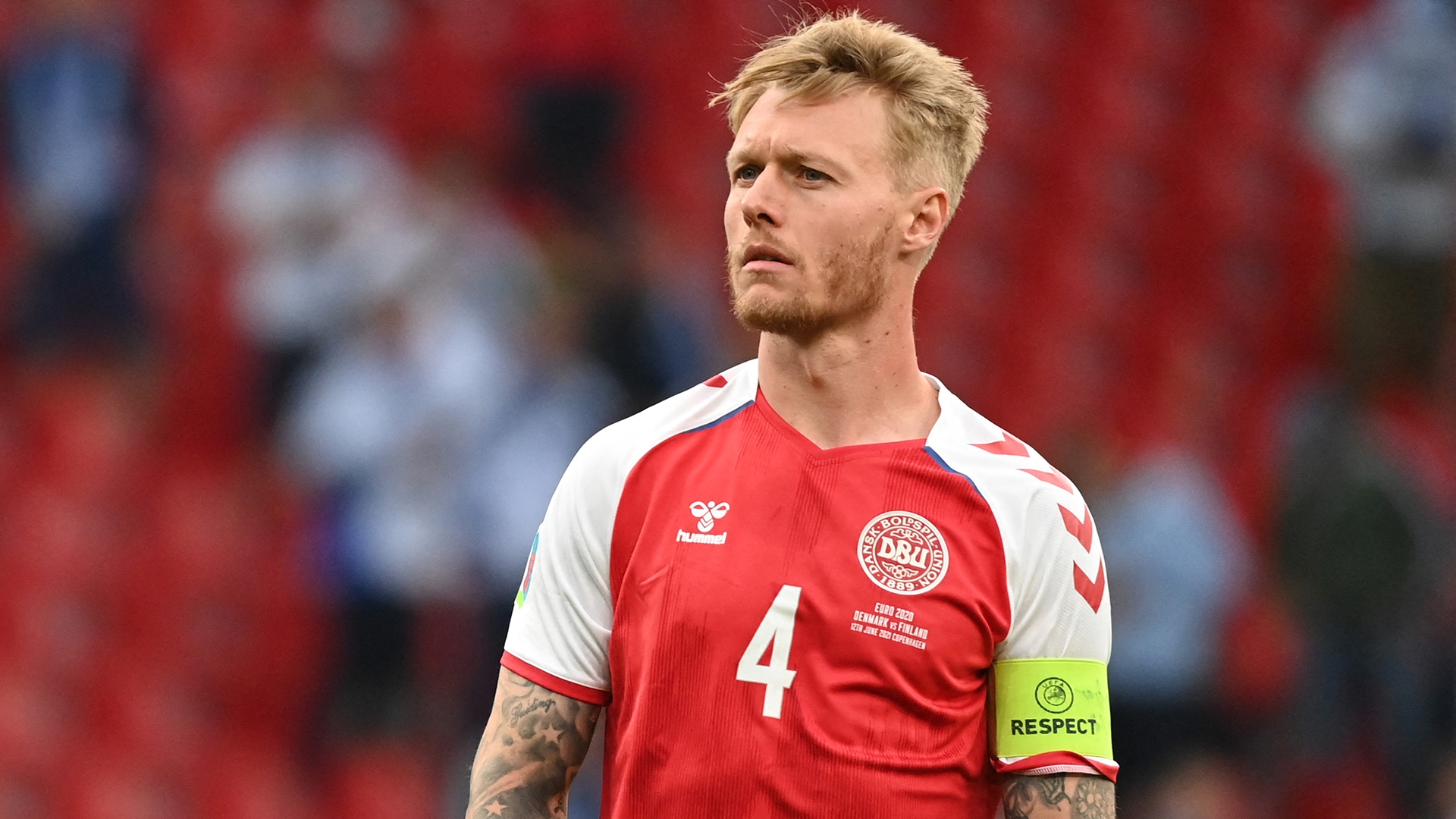 The AC Milan defender played a key role in saving the life of his friend and team-mate, who collapsed during Saturday's game against Finland

Denmark’s opening Euro 2020 match with Finland will remain etched in the memories of all who watched it for a long time to come.

The story, of course, was not the narrow 1-0 success of the Finns, but rather the collapse of Denmark playmaker Christian Eriksen as he ran to receive a throw-in shortly before half-time.

What followed was a long, nervous wait for an update on his health as he received lifesaving treatment on the field after suffering what was later confirmed as a cardiac arrest.

The Danes formed a human wall around the player while he was prone, many unable to watch as the Inter player’s life was lost and then saved on the Parken turf.

That Eriksen was later able to post a message on Tuesday from his hospital bed declaring that he is feeling “fine – under the circumstances” was due to the heroic actions of the medical staff at the ground, but also those of captain Simon Kjaer.

The AC Milan defender was one of the first on the scene following Eriksen’s collapse and administered vital first aid upon his colleague, securing his neck, clearing his airways and beginning CPR before the medical staff reached the scene.

While Eriksen was unconscious, it was Kjaer who urged the team to form a protective barrier around their star man to prevent both the crowd and the television cameras from fully seeing what was unfolding.

And it was Kjaer who raced over to comfort Eriksen’s wife, Sabrina, who was understandably distraught pitchside as her husband fought for his life on what should have been a day of celebration.

It was a performance that redefined what it means to be a captain of a national team.

But those who know Kjaer and have been privy to the bond that this Denmark team has shown over recent years would not have expected anything less from the 32-year-old.

Speaking to Goal ahead of the 2018 World Cup in Russia, a tournament in which the Danes held eventual champions France to a scoreless draw and went undefeated through normal time only to lose to runners-up Croatia in the last 16 on penalties, the centre-back helped to outline the unique bond that this squad possesses.

“Football is a team sport, and I believe that our Denmark squad is a symbol of that,” Kjaer said. “The team spirit is our strength, and I am proud of that as captain of this great group, who can work hard but also laugh together.

“No one is above our team – even though we have one player who could deserve to hold that position in Christian Eriksen. He is definitely the star of our team, but he is also ‘just’ one piece in the puzzle of 11 players – or more correctly – of the full squad.

"He never puts himself above the team.”

It is a theme that regularly shines through in Kjaer’s words. Following Denmark’s qualification for the current European Championship in 2019: “I am also a proud captain because we have a great group of guys who simply enjoy spending time together, playing football together, winning together.

"And in my own humble opinion, the values of this team fits perfectly to my own personality.”

That was certainly reflected in his vital intervention in Copenhagen, where his special understanding with Eriksen, a player he has grown through the national ranks together with, was abundantly clear.

“Christian and I started in the national team at the same time, we were both selected as very young players for the World Cup in South Africa, and we have played a lot of matches together,” Kjaer explained in 2018.

Fate, however, may have dictated that they have played their last game together.

A large question mark understandably hangs over Eriksen’s future in the game, and though Kjaer had to be withdrawn in the second half of Saturday's game, he will doutbless continue to lead his country with distinction after becoming the hero of Euro 2020.