With the fate of Nigeria’s elite division still unclear, the football stakeholder expressed his desire for the cancellation of the 2019-20 season

Football in the country has been on a hiatus following the outbreak of the Covid-19 pandemic, which crippled several activities globally.

Leagues in several countries have resumed owing to the relaxation of lockdowns, albeit, the future of the NPFL remains undecided.

Recently, the Nigeria Football Federation disclosed consultations are in top gear on how to end the 2019-20 league season,

Nevertheless, the supporters club’s chief feels it would be rewarding calling off the league rather than risk the spread of infections – owing to the shortage of clinical amenities in case of emergencies.

“Life is more important to me than anything. Do we have the medical facilities and the structure to rescue lives [in case of emergency] when we resume?,” Ogunjimi told Goal.

“You know the way things work here; this is Africa and we are still growing. You cannot compare the NPFL with the Premier League, La Liga, or the German Bundesliga – we will get there someday hopefully – but I don’t think we should gamble with peoples’ lives.

“We have few matches left to play and I feel the government, LMC and the sports ministry should observe the situation and take a positive decision as soon as possible.

“For the supporters’ club which is my primary zone, I don’t think I would love to risk the lives of my members.

“All I know is that we will return to our normal lives, so why are we in haste? I feel we should be patient before we make decisions.

“However, if we have adequate facilities to start the league again, then why not? But if the reverse is the case, I think we should call it quits.” 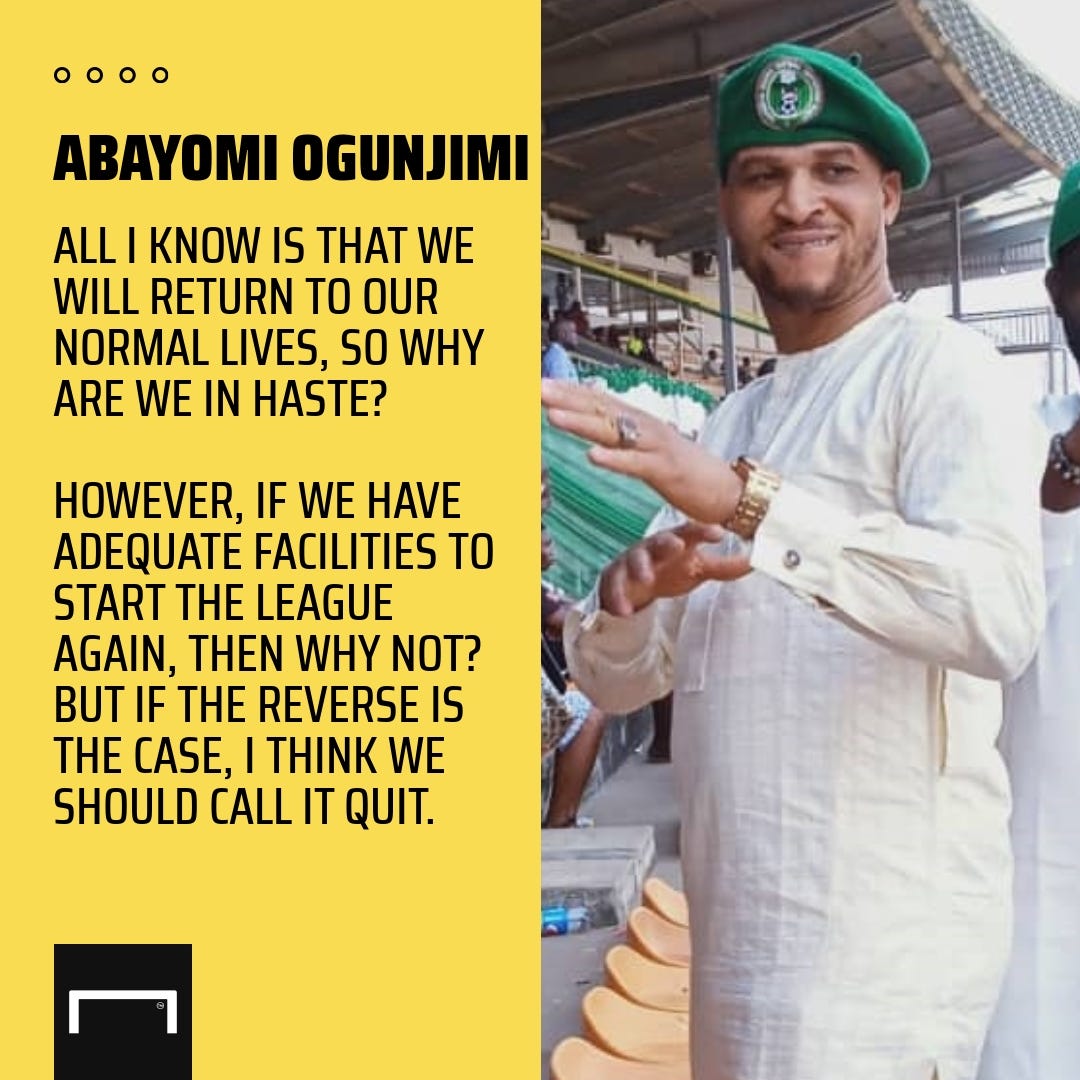 The League Management Company (LMC) had proposed four options to end the league, including a points-per-game (PPG) method, which was subjected to a vote some days ago.

Plateau United currently lead the table with 49 points from 25 games while Rivers United are second with 45 points, both in the Caf Champions League spots.