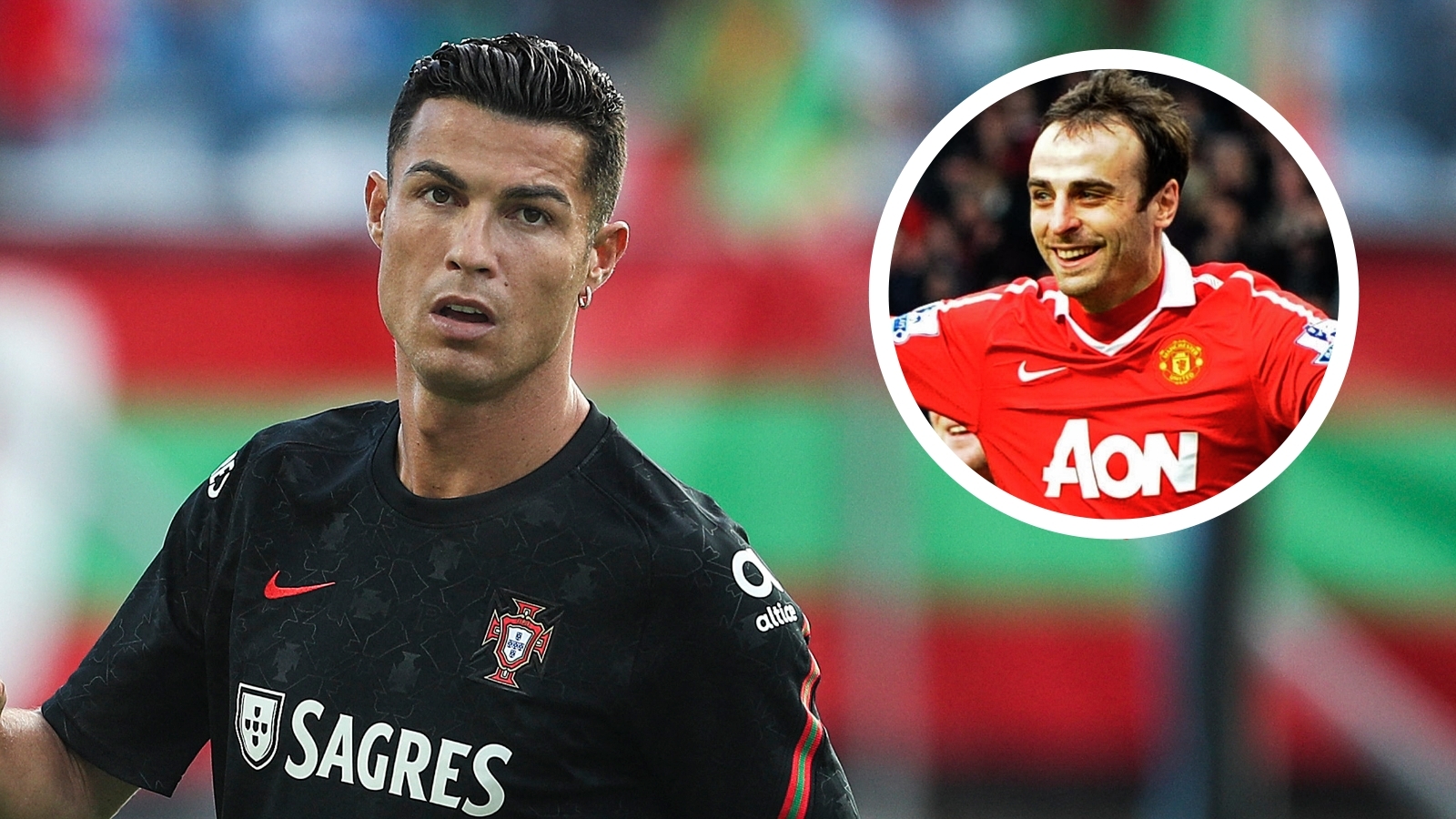 The Portuguese's arrival at Old Trafford raises even more selection issues, but his former team-mate is backing him to have a positive impact

Ronaldo’s return to Old Trafford, coupled with the arrival of Jadon Sancho from Borussia Dortmund this summer, as well as Edinson Cavani signing a one-year contract extension, means Solskjaer now has a raft of options to choose from in attacking areas.

With Marcus Rashford, Mason Greenwood and Anthony Martial also vying for opportunities, the Red Devils' boss must now work out how he is going to keep all of his forward players happy while juggling his pack effectively so as to win games.

How well he does that could determine how successful United are this season, and Berbatov feels the task ahead of him is "near impossible".

“This is a problem; a luxury problem,” Betfair ambassador Berbatov told Goal about the attacking options available to Solskjaer following Ronaldo's arrival.

“When you have Sancho, Rashford, Greenwood, Martial, Cavani and Ronaldo, how do you keep everyone happy here? It is possible, but it’s also near impossible because you’re always going to have someone who is not happy with his playing time, and this is the job of the manager now: how to manage all these connections, playing time and keep everyone happy.”

With Ronaldo having undergone his first training session with his new team-mates on Wednesday, Saturday's clash with Newcastle will offer the chance to see how Solskjaer plans to rotate his six international attackers.

He has already insisted that Ronaldo has not been bought to sit on the bench, and Berbatov expects the ex-Juventus man to be a regular starter, especially in the season's biggest matches.

“Players will need rotating, but I expect Ronaldo to start important games, because when the game isn’t going well you need that special someone that can bring that spark and win you the game," he explained.

“But let’s not forget Ronaldo is 36 and the Premier League is very fast with a lot of games, so he will be rotated around the team for sure.”

Is Ronaldo's age a problem?

At 36, Ronaldo is not the same player now compared to who he was when he left United back in 2009, and some have questioned whether the changes in his game since then will mean he struggles to make the same kind of impact this time around.

"When you’re clever, you adapt your game to whatever the situation is,” Berbatov said.

“I remember when Ryan Giggs was coming to his late thirties and still going strong, but he wasn’t playing left wing any more because obviously his speed wasn’t the same. He was dropping more into midfield and central positions where his passing and vision was very helpful. The same thing goes for Ronaldo.

“Maybe he cannot outpace and out run some other players younger than him, but he’s still very quick, fast and intelligent.

"He can play as a centre forward like he's done in the past. Let’s not forget how many goals he’s scored from the left, right, header - all the attributes of a great striker.

“I’m sure he knows how to adapt his game and with Greenwood, Rashford, Martial, Sancho, they’re all quick players around him. In a way he needs only to find the space in the box and they will supply him with the ball.

"With Rashford, Greenwood, Sancho and then Ronaldo in the middle, you start shaking in the tunnel if you’re the other team."

Could Ronaldo cause an issue for younger players?

Another issue that has been raised by those who are doubting Ronaldo's suitability to modern-day United is that his arrival will limit the amount of minutes some of the club's younger players, like Greenwood, will get going forward.

Berbatov, though, feels that the five-time Ballon d'Or winner will instead be an inspiration to those players, and can have a long-term positive effect on their careers.

“I was surprised he decided to go back to United, but I was happy in the end," the former Bulgaria captain said. "It was a decision that obviously he calculated, he knows what he’s doing.

"If you look at it that way, it’s also a challenge because it’s not easy going back to the same place you started. We all know the second time is not always a successful one, many players and coaches fail when they go back to their old clubs. I hope that’s not going to be the case with Ronaldo.

“But knowing him, how he trains, how he keeps fit, he’s 36-years-old and still fitter than someone who’s 21-years-old.

"I think he’s going to a great success, especially for the young boys in the team who can watch, observe, copy and ask for advice. This way they can raise their game as well.”

Can Man Utd win the Premier League with Ronaldo?

After finishing second in the Premier League last season, United are looking to go one step further in 2021-22 and lift their first title since 2013.

And Ronaldo's arrival will, Berbatov feels, give Solskjaer's side a huge boost as they face down the likes of Manchester City, Liverpool and Chelsea in the race to be English champions.

“It doesn’t mean automatically give the crown to United and they are the champions now, no,” Berbatov said. “City, Liverpool and Chelsea play great football with great players and football is a team sport.

"But it’s a bonus because Ronaldo has been there, done that, won everything there is to win and this can boost the mentality.

"When someone like this comes to the club you start telling yourself you need to pick yourself up and do even more than before because you want to be on the same level as Ronaldo.”

Dimitar Berbatov was speaking ahead of the launch of Betfair’s new VAR-Batov series, where the Premier League legend will be judging the unfair moments in football that affect so many punters. Watch the first in the series on Betfair’s Twitter next week.