In an exclusive interview with GOAL, the Denmark international, who was born in England, opens up on life in Turin.

When Matilde Lundorf recalls the summer she joined Juventus, you can sense the disbelief still in her voice.

She has vivid memories of the shock upon learning of their interest, the overwhelming excitement of signing for such a club but, most amusingly, the phone call she had with her brother once the deal was done.

“He called me and said congratulations,” Lundorf tells GOAL. “And then he was like, ‘Damn, now my baby sister is better than me!'"

After being introduced to the sport as a young girl by her older sibling, she’s now a senior international footballer – for Denmark, despite the quirk of being born in England – has played in four different countries and won five major trophies, all at the age of 23.

Her brother might not be able to claim all the credit, but family is a common theme throughout her conversation with GOAL.

After all, it was her father working in Paris that paved the way for her to play for Paris Saint-Germain at 15 years old.

“I think I've always been very adventurous and I never really say no when I get opportunities,” Lundorf says, recalling a year that saw her win the Under-19 championship in France.

“In Denmark, they are a little bit behind [in women’s football]. Paris was so good with such good facilities and players.

"I think it was very important for me to see all this was possible. It inspired me a lot and gave me even more hopes and dreams. I just wanted more.” 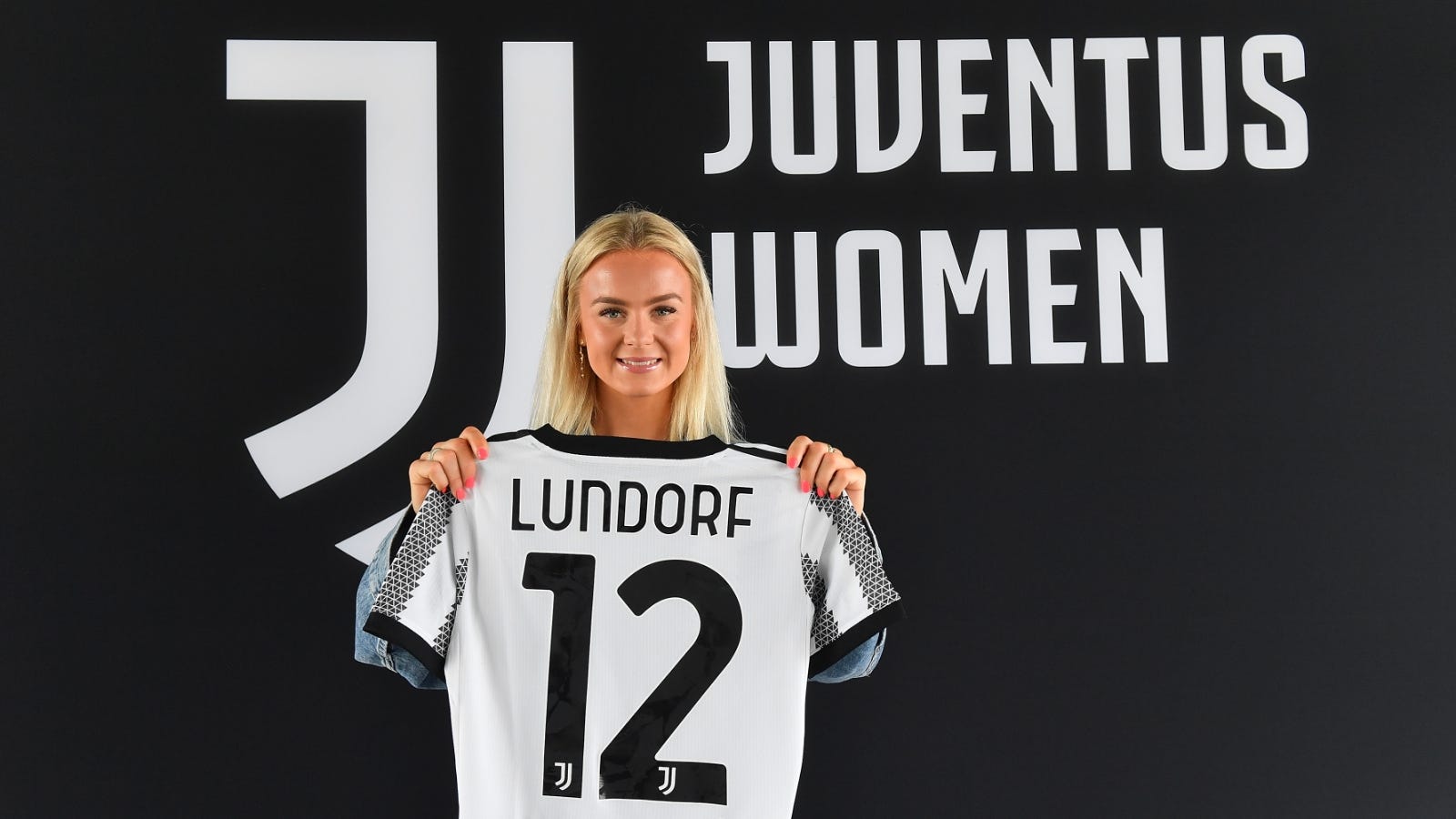 She’d get more, too. After three years back in Denmark, the full-back would move to England and join Brighton, getting her first taste of one of Europe’s best leagues – and a city she would grow to love.

She recalls tough battles with Vivianne Miedema, the Arsenal star, and regular trips to the AMEX Stadium to watch the men’s side, but she’d only spend a year there.

“I had to go to Juventus, honestly,” she explains. “It’s such a big club with big history. I couldn’t say no to that.”

However, being at a big club means big competition for places. Lundorf started eight of Juve's Champions League games last season, plus the Coppa Italia final. But 11 of her 16 Serie A appearances were from the bench.

“It's hard sometimes because it feels so bad when you are not chosen to play,” she says, with clear emotion.

“I left my family and my friends and Denmark – I love Denmark. I left everything to play football, so when I'm on the bench on the weekend, sometimes I'm like, 'Oh no', because I left so much and for sitting on the bench – no-one wants to do that.

“But then when I play, it is the best feeling ever, because then it makes everything make sense.”

She admits she is “still learning” to adapt, mentally. "And maybe I'll never really learn because I just want to play,” she says. “I think everyone is like this but with time, it gets easier and I also get older and more clever.

"In Brighton, I was very much without patience! Now, I'm like, 'Okay. It's part of the journey.'” 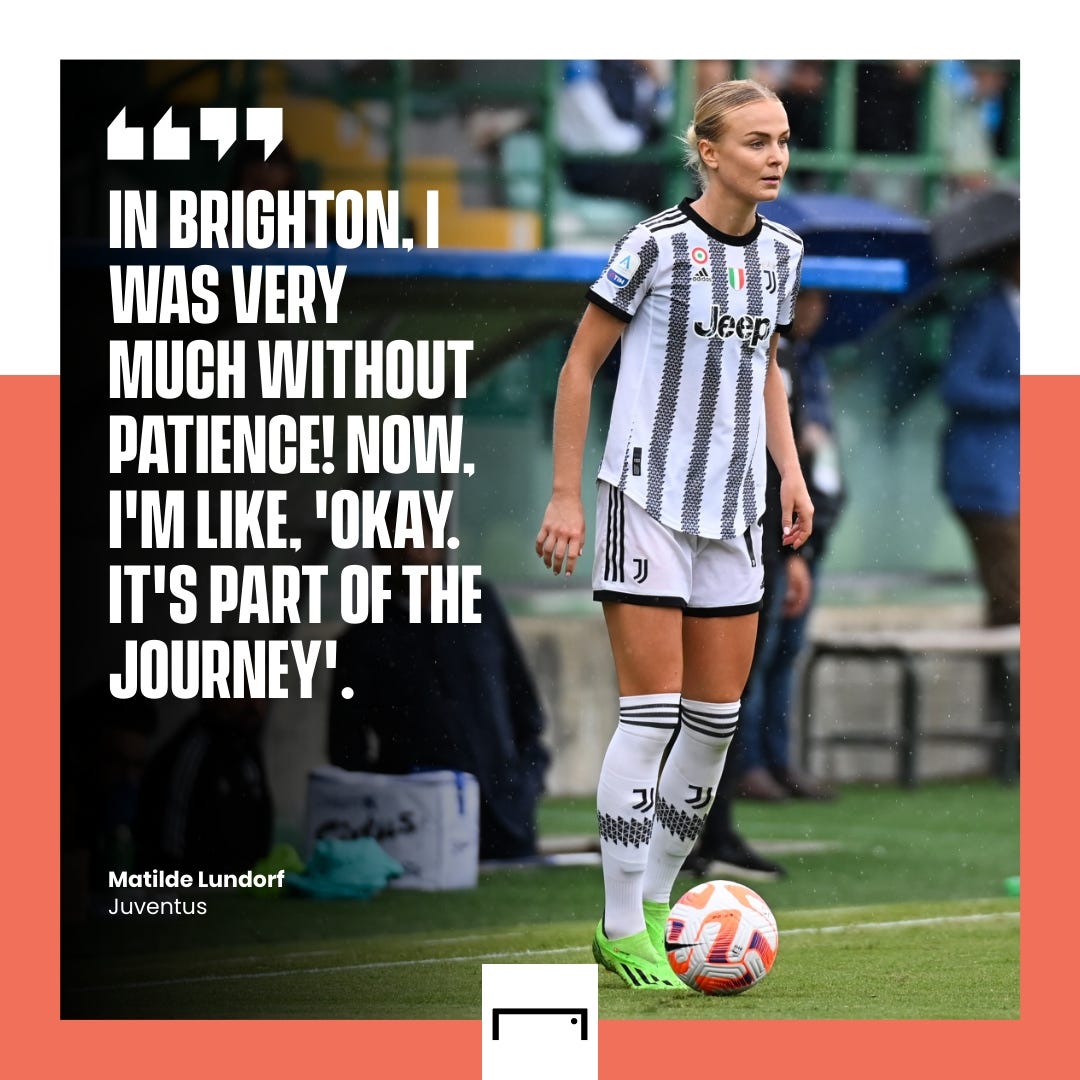 That journey has seen her conquer Italy, winning Serie A twice, two Super Cups and the Coppa Italia. However, there is one trophy she can still win with this club – the Champions League.

Juventus have long been seen as an outsider for it, with Italian women’s football progressing at a slower rate than Germany, France, England and Spain. But that has changed dramatically in the last couple of years.

Last season, Juve out-qualified Chelsea in the group stages and only lost 4-3 on aggregate to the now eight-time champions, Lyon, in their first ever quarter-final.

“We believe in ourselves but I think last season, we really realised what we're able to do, so this year, we know that we can do it,” Lundorf says. “We just need to go out and do it again.”

First, the club needs to navigate a tricky qualifying tie against Koge. They welcome the Danish side, who troubled Barcelona in the group stages last season, on Wednesday evening for the second leg, having drawn 1-1 last week.

That game was an opportunity for Lundorf to return home to play club football for the first time since she moved to Brighton.

“Everyone was there,” she beams. “It's hard to play abroad, to see all the Italian people have all their family in the stands and I have no one, so when we played in Denmark, I was so happy just to look in the stands and they were there, like they were five years ago. It was amazing.” 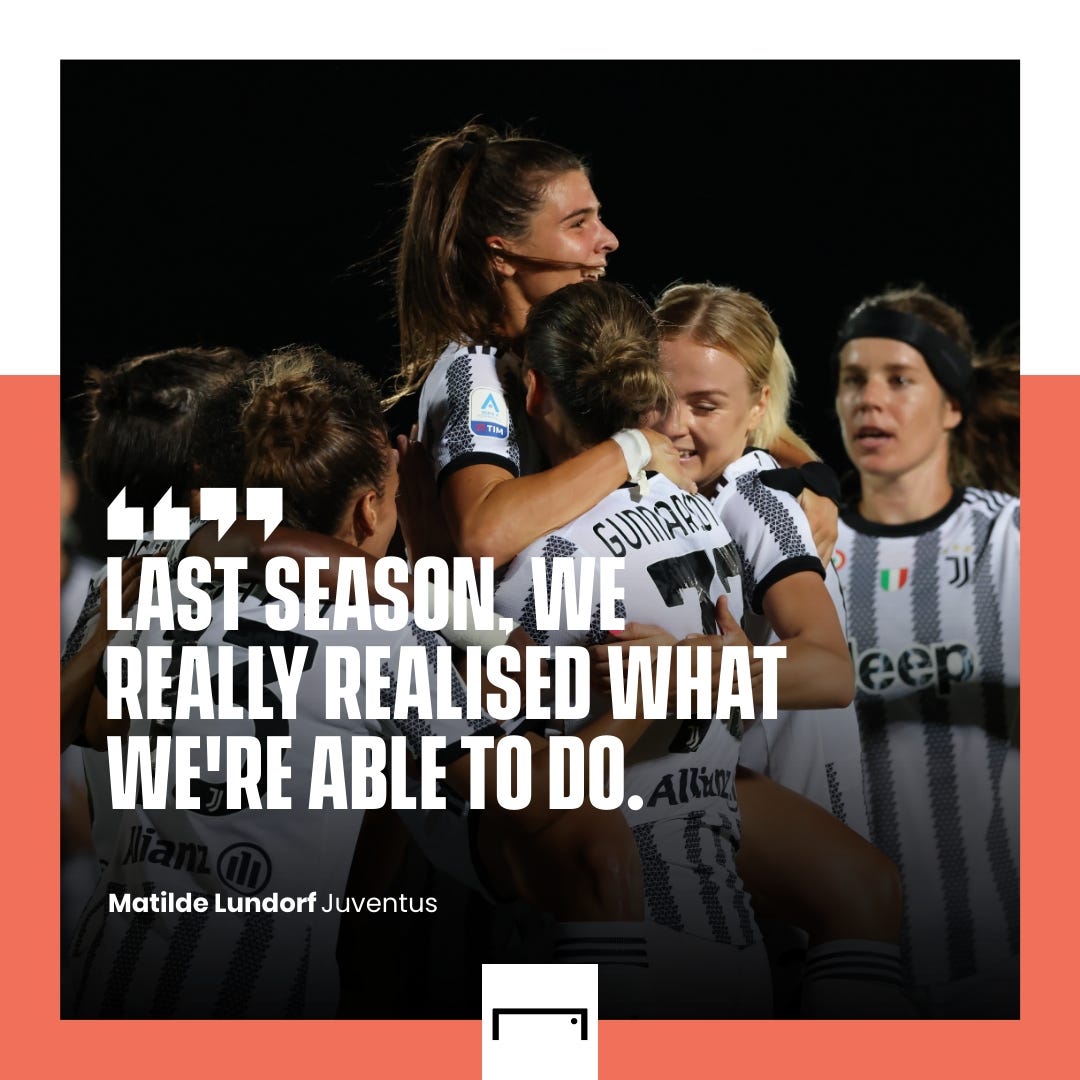 She will have someone to look up to and wave to on Wednesday, with family coming over for the return leg, in which a win will be enough for Juve to reach the group stages again. From there, they will try to repeat – or better – last year’s success.

They’ve got a task on their hands domestically, too, though, dropping points twice in the opening four games – something not too common on the men’s or women’s side over the years. But that’s a sign of what is happening in Italy.

“Every year is getting more and more difficult for us – but people still expect so much from us and we also expect a lot from ourselves,” Lundorf says.

“Of course, we want to win again, but we have so many games this season, in the cup and the Champions League, so I think we just take one game at a time. I think that's the best way to do it.”

As for individual aims? “This is my third season now in Juventus, so I really want to be this important player on the team,” she adds.

“Also, I got my debut for the Danish national team in February, so if I do well now in Juventus, maybe, hopefully, the national team will also work out this season.”

Her brother’s call after that debut wasn’t quite the same, with a big chance missed by the defender one of the topics of conversation.

If she can force her way into the squad with a World Cup on the horizon, though, he’ll certainly be impressed.