The Portugal U21 goalkeeper spent last season out on loan, but insists he is now ready to challenge for a starting role

For Joao Virginia, the situation is clear.

“I need to play,” the Everton goalkeeper tells GOAL. “And I know I’m ready to.”

At 22, he knows this is an important summer for his career. He is yet to meet, or even speak to, Blues boss Frank Lampard, but he will get his first chance to impress when he reports for pre-season training with the rest of the Everton squad at Finch Farm on Monday.

“I’ve been working my b*llocks off,” he smiles. “I only had a week off after the season, then I was back to it. I’m looking forward to it.”

He knows, deep down, that it is unlikely that he will dislodge Jordan Pickford as No.1 at Goodison Park, and that the likeliest scenario will see him leave in this window – either permanently or on loan.

“Things will be resolved in pre-season,” he says. “Everton is like a family to me, so whatever they want me to do, I will do.

“Whatever happens I will be there fighting to be that No.1. I know that I am ready to play games and I think I have shown that, especially in the last two years.”

On the challenge of competing with Pickford – England’s No.1, no less – he adds: “I have to believe in my own ability first and foremost, and I do.

“I see it every day in training, I feel I am at the same level and I don’t see any reason to believe otherwise. I work hard, I dedicate myself and I know I’m more than capable of doing it." 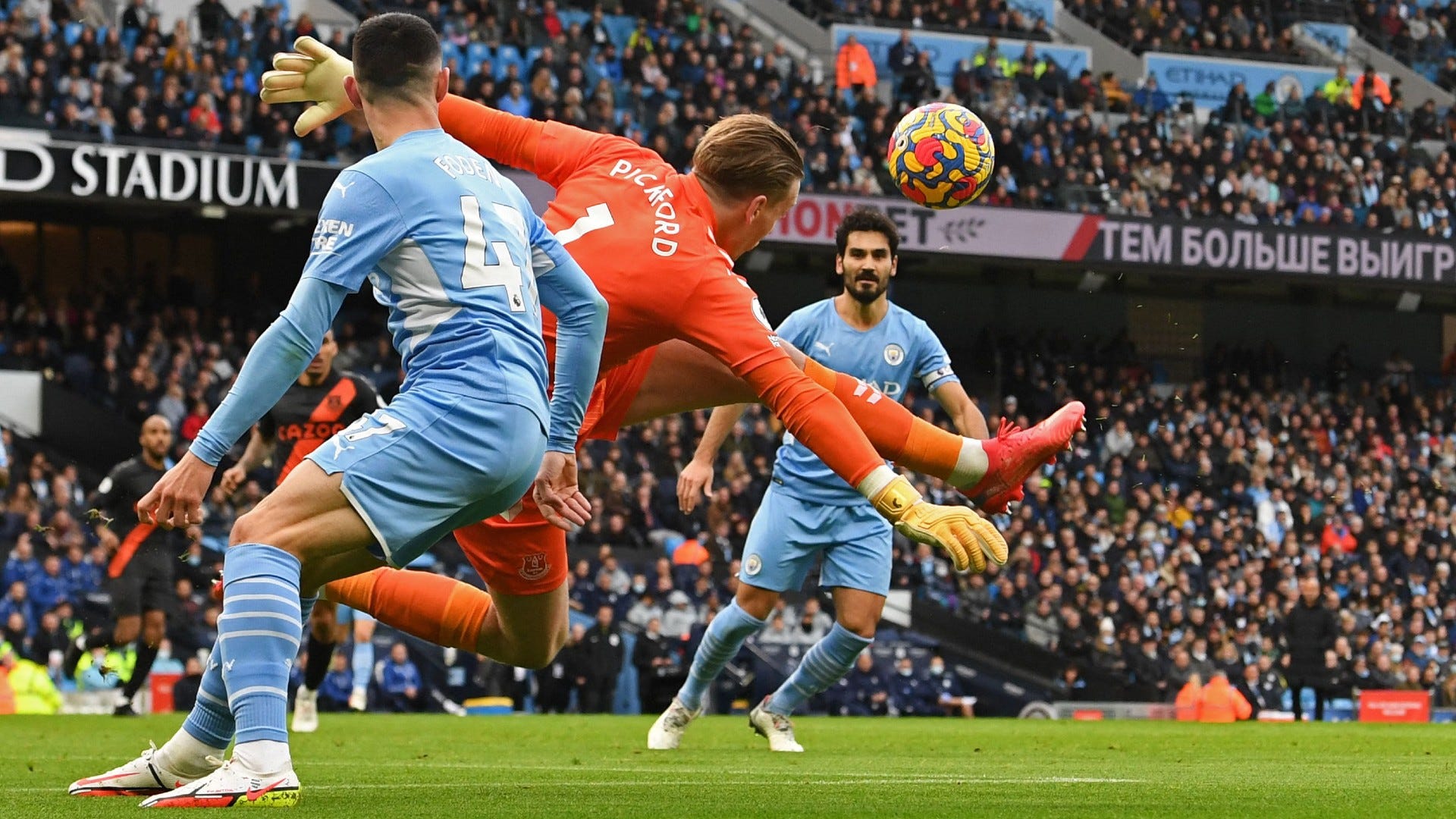 He may still be young, but Virginia’s career has already been something of a nomadic one. He started as a youth-teamer with Benfica, but joined Arsenal as a 16-year-old. There, he played with the likes of Bukayo Saka, Emile Smith Rowe and Eddie Nketiah, before a switch to Everton in 2018.

Since then, with Pickford firmly established as first choice, he has found opportunities limited. There have been only three senior appearances in total, and only one in the Premier League.

When Asmir Begovic was signed last summer, it was decided that a loan would be Virginia's best option. He got a good one, returning to Portugal with Sporting CP, but while he would pick up some valuable experience – including a Champions League debut against Ajax last December – he returns to Merseyside having made only eight appearances in total.

No wonder he wants to play, then, whether for Everton or elsewhere.

“I’m still young and I still have a lot of time, but I will always be eager to play because that’s who I am. I’ll always give my best, every single day, to be a starter for whichever team.”

He reflects positively on his loan in Portugal.

“It was good, because it was a different experience,” he says. “Coming back to Portugal, the football is different. It’s very tactical and the positioning is different for a goalkeeper. “Sporting, for example, is obviously different to Everton in terms of style. Everton are more [about] kicking the ball long, counter attacking. At Sporting, you dominate the game, we have the ball at our feet and that’s something I had to improve on.

“I had to adapt, but it’s good that I can show I can play different styles. Different managers ask for different things, and you need to be ready to deliver on any perspective or idea that a coach might have.” 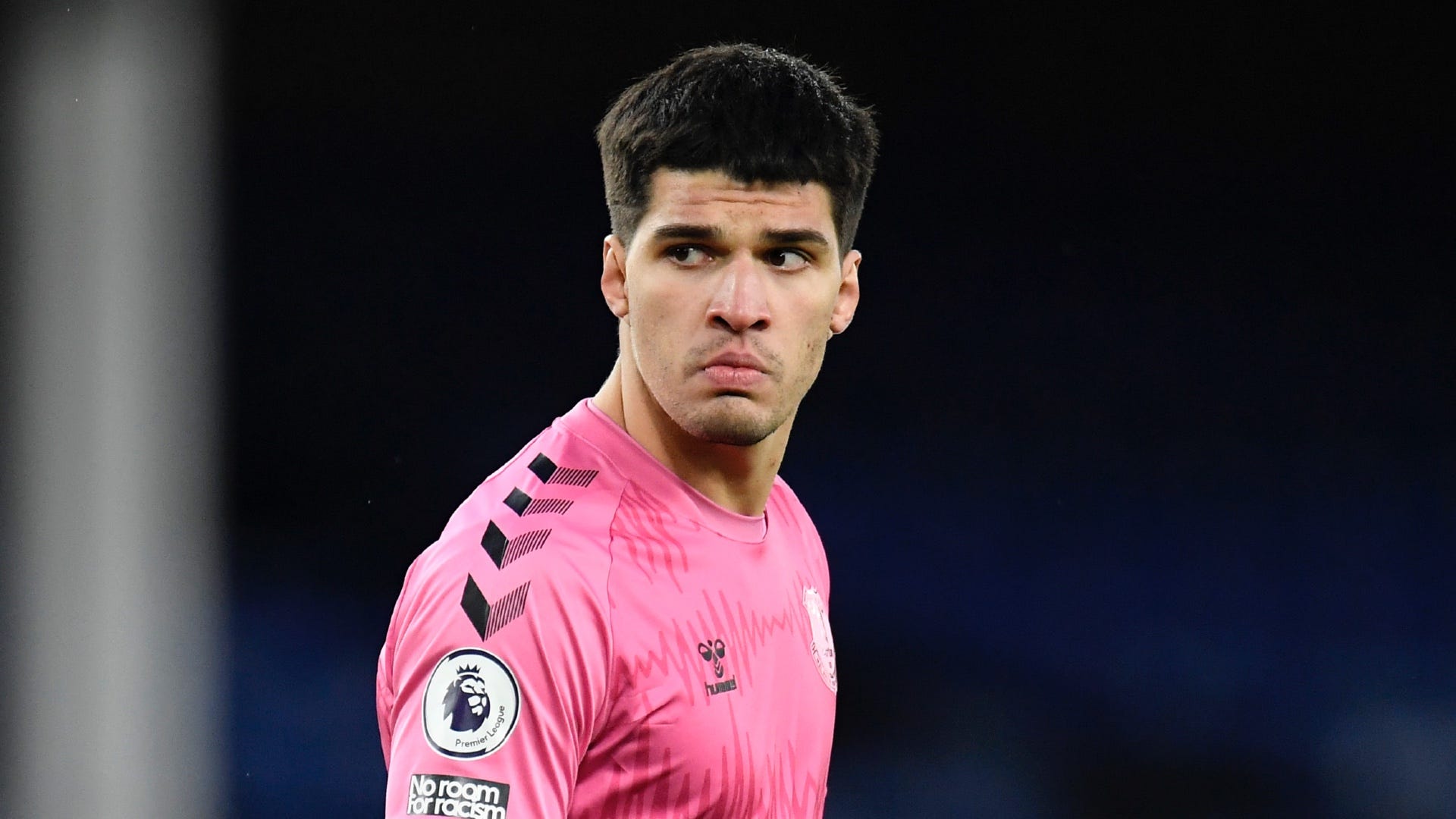 Virginia grew up idolising Petr Cech, and later had the chance to play alongside him at Arsenal. Like most goalkeepers, he has always been something of an obsessive.

“I look up to [Manuel] Neuer as a sweeper keeper especially,” he says. “And I love [Jan] Oblak’s positioning and calmness. He makes it look easy and that’s big for a goalkeeper.

“Those two are very different in terms of style, but they have big qualities. I can’t forget Ederson too. He’s amazing, that guy!”

He speaks highly of his time at Arsenal, where the youth team was about as stacked with talent as you could possibly get.

“You could see they were all different players. In football it is very hard to know if they will make it or not, but if you see they are hard working and they apply themselves every day, you know they will have a chance.

“At academy level, those players certainly did that. They were top talents.”

He also got the chance to work with a few Gunners legends, too.

“I had Freddie Ljungberg, and Thierry Henry was also there,” he says. “It was very challenging, especially with the language.

“But seeing those legends, the Invincibles, was great. They were very demanding of the young players. They have high, high standards, but that was good. It prepares you for what is to come as a professional.”

He is interested, now, to see his former club sign one of his former teammates. Virginia played with Fabio Vieira at U21 level with Portugal, and will watch with interest to see how the £30 million (€35m) new-boy settles in north London.

“He’s very technical, he makes things out of nothing with the ball,” he says. “He’s a good player, but it will be interesting to see how he adapts to English football because it’s more physical than Portugal, for sure.”

As for himself, the next week or two should tell us more. All he can do for now is try to impress, and then hope the rest falls into place.

“I’m ready to go anywhere now, I just have to play. I need that game time and I’m ready for it.”