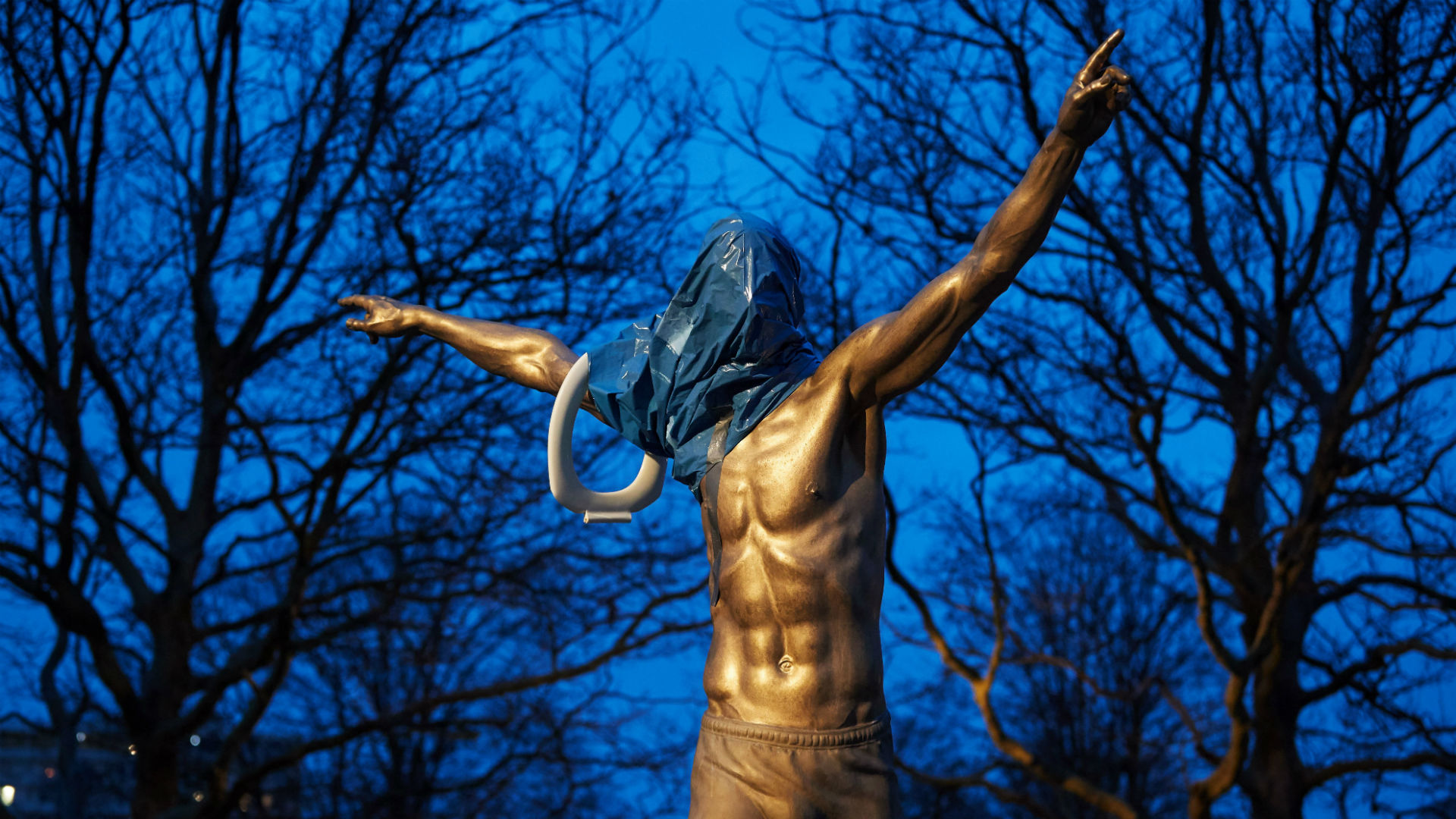 Once a darling of the hometown masses after emerging as a teenager, the striker's reputation is in ruins after taking a stake in rival Swedish club

Barely a month ago, the great and the good of Malmo assembled outside the main football stadium to pay homage to the local boy done good. The unveiling of Zlatan Ibrahimovic’s statue, which measures 3.5 metres and weighs 500kg, was attended by hundreds where Ibra was cited as an inspiration by the city’s political high rollers.

One controversial investment and bombastic press interview later, the statue has been vandalised, ‘Judas’ has been daubed on Ibrahimovic’s home in Stockholm with the incident reported to the police as a suspected hate crime by Zlatan himself.

“Zlatan has burned his bridges with Malmo with a nuclear bomb. He is radioactive here right now. The fans are taking this very personally,” Kaveh Hosseinpour, vice president of the Malmo FF supporters club, tells Goal.

Hosseinpour says that when he heard that Ibra was buying a 25 per cent stake in Hammarby he, at first, thought it was April 1. But it was when the striker told Swedish newspaper Aftonbladet that Hammarby has "the greatest potential to become the biggest in Scandinavia" that the blood pressure of the Malmo faithful really began to rise.

Pledging to knock Sweden’s most successful club, as well as the one that gave Ibrahimovic his own break, off their perch has not gone down well.

“He said that the fans in Malmo will always love him and that they will understand. It just shows how out of touch he is. But that is Zlatan for you; he can do whatever he wants,” says Hosseinpour.

At the heart of the matter is the affection and elevated status that was afforded to Ibrahimovic in his native city before the saga of this past week. Much like the four members of The Beatles, Zlatan is known by his first name the world over and has truly put Malmo on the map.

The Malmo municipality erected a giant screen in the city’s main square for fans when he returned home to play a Champions League for Paris Saint-Germain against Malmo FF in 2015. Even the city’s main newspaper, Sydsvenskan, has had a dedicated Zlatan section on its website for more than a decade. Zlatan could do no wrong in his home city.

That was until the events of the past week. Much like the banner that Barcelona’s fans unfurled for Luis Figo when he switched to Real Madrid ("We hate you so much because we loved you so much") Zlatan’s former devoted followers have fallen out of love hard, and the breakup hasbeen brutal.

“He has been flirting with us for years by suggesting that he would come back and play for Malmo. This is like your high school crush that you have always dreamed of getting back together with only to find out that she cheated on you and has kids with someone else. This is betrayal,” says Hosseinpour.

At 38 and with his playing days almost over, Ibrahimovic is focusing more and more on his business interests. The investment in Hammarby, who finished level on points in third place with Malmo in the Swedish Allsvenskan in 2019, is an extension of his relationship with American firm AEG.

Flick around the channels on Swedish television and you will see Zlatan endorsing Samsung, Volvo and even the Swedish state-owned pharmaceutical retailer, Apoteket. He has an estimated net worth of £110 million but suffered a rare blow last year when his self-styled clothing firm A-Z closed down after it racked up losses of £18m.

Identifying a good business opportunity is one thing but gauging the public mood is quite another. Veteran Swedish football journalist, Michael Ljungberg, has covered the Malmo FF beat for more than 40 years and first interviewed Ibrahimovic when he was emerging in the youth teams at 16 years of age.

“Zlatan has never given a damn about how people will react. He’s a football genius but a very complex person. He was totally unaware of what the reaction would be but if you look at his career he has made controversial decisions like going from Juventus to Inter and then later to Milan,” Ljungberg tells Goal.

He adds, “What he said has caused outrage and his reputation has been damaged forever. He’ll be remembered as a great player but the magic has been broken. I don’t believe that you should raise a statue to a living person as it can have consequences later on.”

As for the statue, it remains outside the MFF stadium albeit daubed with graffiti and surrounded by security barriers. Whether it stays there remains to be seen with many fans saying it would be peculiar to pass a statue of someone who owns a rival club when Hammarby next come to town.

The saga has enraged Malmo and gripped Sweden but some like acclaimed local filmmaker Fredrik Gertten, who made the film Becoming Zlatan, are already growing tired of it. “I’m so bored of it and not interested in talking about it. Let’s talk about real things instead,” said Gertten when quizzed by Goal for a comment.