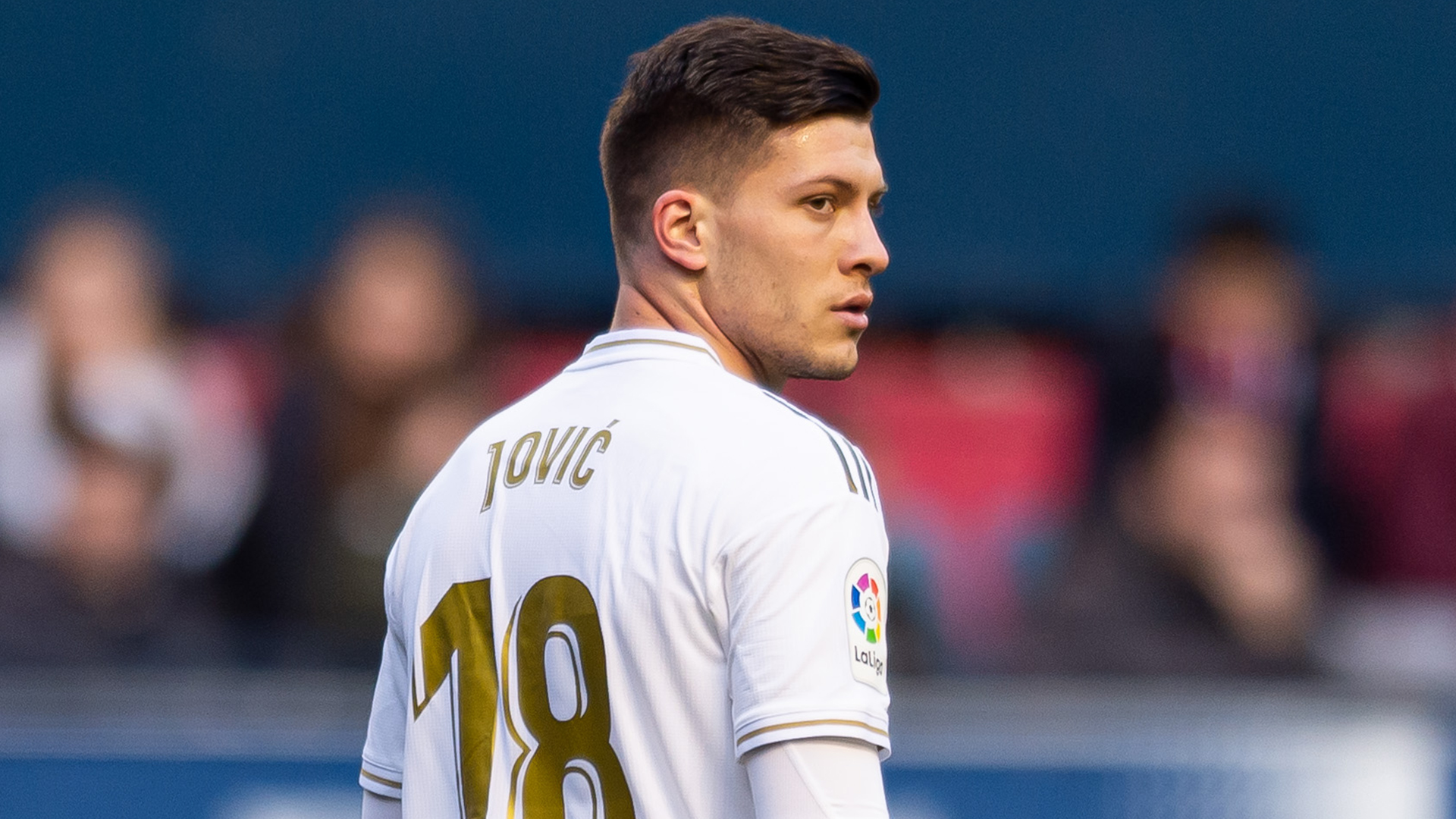 Real Madrid head coach Zinedine Zidane has refused to rule out Luka Jovic's departure from the club amid links to Manchester United and clubs in Serie A.

Jovic has struggled for game time since his €70 million (£62m/$79m) arrival from Eintracht Frankfurt in June last year, with form, fitness and Zidane's preference to play Karim Benzema up front hindering the Serbia international.

United have emerged as a loan option for Jovic, while Roma, AC Milan and Inter have also been linked with temporary moves for the 22-year-old.

Asked about Jovic - who was handed a rare start alongside Benzema in the 3-2 win over Real Betis last week - on the eve of Madrid's La Liga clash against Real Valladolid, Zidane told reporters: "You have to take everything into account.

"Until the fifth [of October], the market is open. We will see. The players are fine and that's what interests me."

There have been suggestions of a rift between Zidane and Jovic, with the French tactician asked whether he had an issue with the striker following his decision to leave the Serbian on the bench as Real battled to a 0-0 draw against Sociedad in their opening La Liga match.

However, Zidane was quick to dismiss any speculation about an issue with Jovic, explaining it was a tactical decision to use young attackers Marvin Park and Sergio Arribas instead.

"I’d have had to take [Karim] Benzema off, but he was playing well. By playing two centre-forwards, I would have needed to change the formation yet I wanted to keep two wingers on the wings."

"We have a squad and many players and I have to choose. Today, this is how I picked things. But, I don’t have anything against any player. Like I said before, I didn’t want to change the formation."

The former Red Star Belgrade and Benfica forward was prised from Germany after scoring 27 goals in 2018-19 as Eintracht reached the Europa League semi-final.

Madrid have four points from two games to sit seventh in La Liga, three points behind leaders Getafe - who have played three matches.