Zinedine Zidane has reacted to talk of Eden Hazard being allowed to leave Real Madrid by pointing out that the Belgian remains tied to a long-term contact and wants to "succeed" in the Spanish capital.

A big-money move from Chelsea has not worked out as planned for all concerned at Santiago Bernabeu, with Hazard struggling for form and fitness across two seasons with the Blancos.

The former Chelsea star's injury struggles have attracted criticism, as has his reaction to Real's Champions League semi-final exit which saw him laughing with former colleagues at Stamford Bridge, but Zidane says there are no plans to part with a proven performer.

Asked about the transfer talk surrounding Hazard, Zidane has told reporters: "All the players have their hearts in the club but for now it hasn't been possible to see the Eden Hazard we want to see.

"But I believe he is going to get there. It's a difficult moment with everything that's happened but he has a contract and what he wants is to succeed here."

Hazard was caught on camera joking with Chelsea stars at the end of a continental clash that saw the Blues edge out Real 2-0 on the night to reach the Champions League final.

His actions did not go down well in Spain, but the 30-year-old has apologised on social media and to those around him in Madrid. 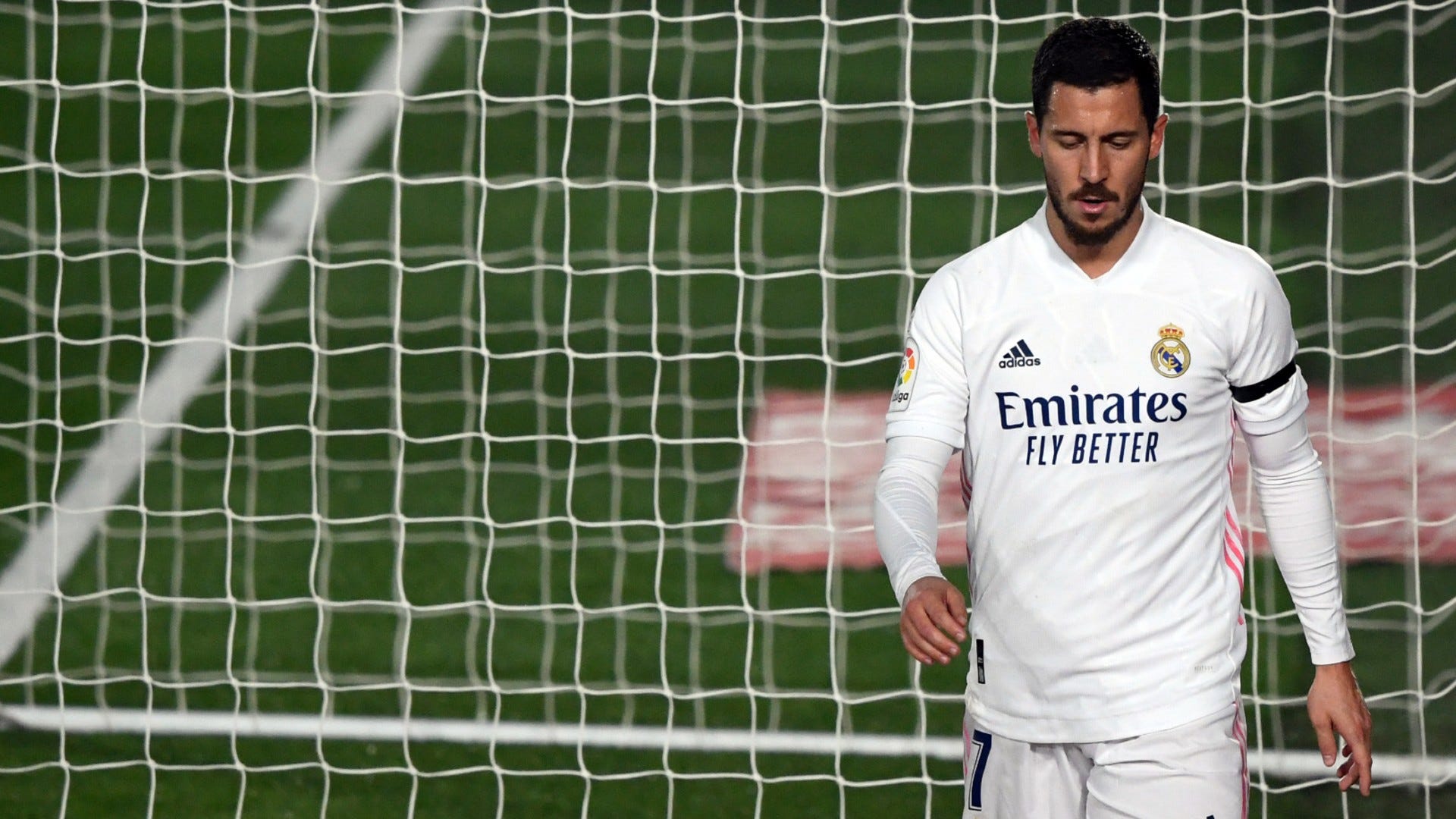 Zidane added: "Eden has apologised and he did it well, it was not his intention to hurt anyone, that is the most important thing.

"He knows what he has to do on the pitch and he's going to do it. We spoke the other day, after the match. He was apologising for his reaction – to me, to the club, to the players – and that's it."

Zidane remained coy when quizzed on his future, with Goal having reported that the Madrid squad fear the Frenchman is preparing to resign from his post in the summer.

The Blancos boss also batted away claims that club captain Sergio Ramos was rushed back into action against Chelsea, with the World Cup winner stuck on the sidelines again after suffering a hamstring problem.

Zidane said when asked about his captain: "It wasn't hasty, the other day he played because he was 100 per cent.

"He trained perfectly but after the 90 minutes, he felt something. He is gutted because he can't be with the team for this final stretch of the season."