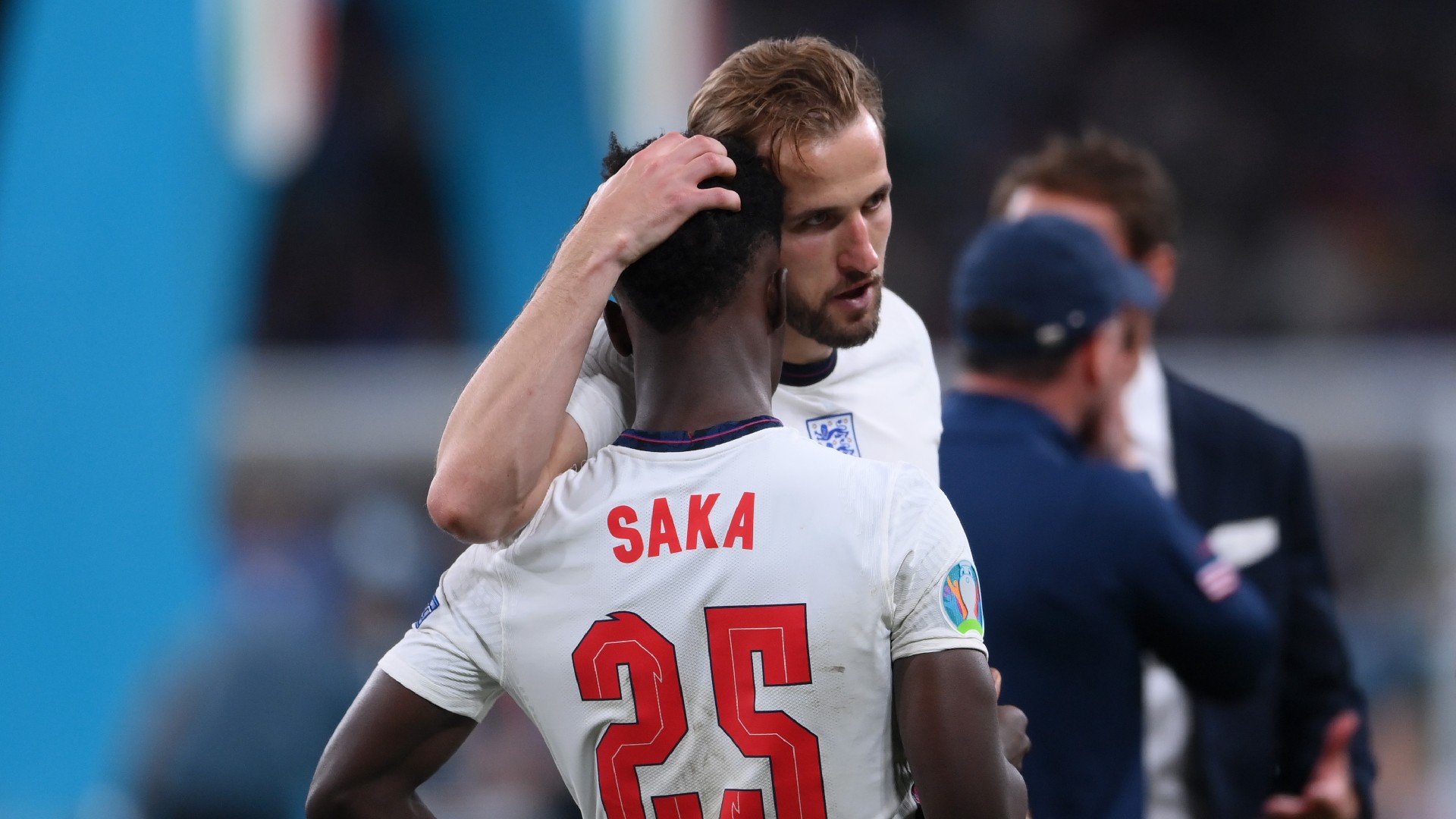 After social media was peppered with spates of attacks upon Bukayo Saka, Marcus Rashford and Jadon Sancho, their captain has led their defence

Harry Kane has led his England team-mates in an impassioned defence of the handful of squad members subjected to racist abuse after Sunday's Euro 2020 Final penalty heartbreak, stating that anyone who sees fit to hurl slurs is not a Three Lions fan in their eyes.

Gareth Southgate's side were unable to mark their continued progress with silverware, edged 3-2 in a shootout by Italy at Wembley Stadium, after they had ground out a 1-1 draw after extra-time in their first major tournament final for half-a-century.

Three lads who were brilliant all summer had the courage to step up & take a pen when the stakes were high. They deserve support & backing not the vile racist abuse they’ve had since last night. If you abuse anyone on social media you’re not an @England fan and we don’t want you. pic.twitter.com/PgskPAXgxV

We win together and we lose together. So proud to have teammates with such top character. Takes huge bollocks just to volunteer. As for the racism, hurtful but not surprising. Will never get bored of saying that more needs to be done. Educate and control the platforms!✊🏽 pic.twitter.com/LHSBoZin8O

We learn more about the society when we lose, far more than we learn when we win.

You don’t get to stoke the fire at the beginning of the tournament by labelling our anti-racism message as ‘Gesture Politics’ & then pretend to be disgusted when the very thing we’re campaigning against, happens. https://t.co/fdTKHsxTB2

England's agonised shortfall against Italy may make for another scar in the sport's national psyche - but also reflects the steps that they have continued to make under Southgate since he took the helm in 2016 with the Three Lions in turmoil.

That he has reached the last four in both major tournaments he has managed bodes well for Qatar 2022 next year, as he hopes to take the nation into another World Cup - while continuing to encourage a more tolerant response across the country.

The social consciousness of his side has proven a key part in their successful formula so far, and the coach will look to ensure that his young players are surrounded with compassion as they pick over the lessons of their heartbreak ahead of September's tournament qualifiers.