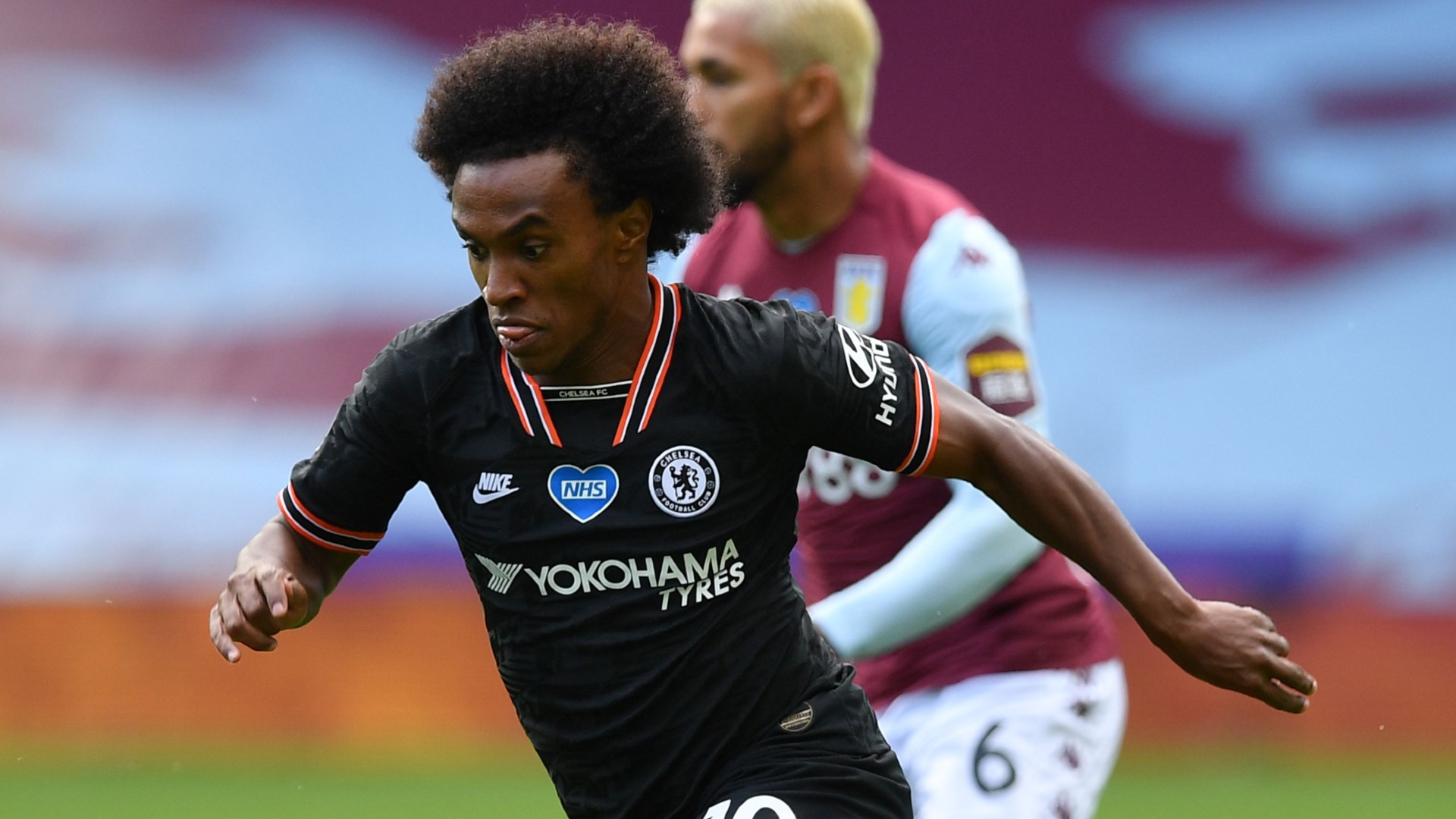 Chelsea boss Frank Lampard has hailed "incredible" Willian, detailing how the normally-reserved winger has emerged as a vital leader for the Blues this season.

The 31-year-old has been with Chelsea for seven years, winning two Premier League titles, the FA Cup, the League Cup and the Europa League during his time at Stamford Bridge.

The Brazilian recently delayed that departure, though, joining Pedro in agreeing to terms through the end of the 2019-20 season.

Willian has made it publicly clear that the Blues are unwilling to offer him the three-year deal he's hoping for, and, as a result, his future remains undecided.

Having played with the winger, Lampard has a unique appreciation for the Brazilian and the Chelsea boss is thrilled to have Willian involved for the final eight matches of the Premier League season as well as the FA Cup and Champions League.

"He's been incredible in terms of that the younger players look up to him," Lampard said. "He's played every level, and at a high level himself throughout.

"He has a great character about him and it's good, it's important when you have a lot of young players that they have people to look up to from within. He's not a shouter and a screamer, but he certainly works by example in how he is daily, so yes, I'm very thankful for having him in the squad this year."

In recent times, Willian, like most modern footballers, has seen his fair share of criticism on social media.

The Brazilian, who has started all but one of Chelsea's Premier League matches, isn't deserving of any of it, Lampard says.

The head coach added that he understands the importance and influence of social media, but he won't let outside opinions impact his own decision-making process.

"In terms of social media, I remember the back-end of my playing career I had a couple of moments of viewing of what fans thought of me, either Chelsea or outside," he said.

"And it kind of stopped me wanting to look at it again because if you were to view social media, you'd never pick a team, you'd change it every two seconds. And I suppose that's the beauty of football in one way, that everyone has opinions.

"My opinion, fortunately, is the important one here at the moment, at the club. And I get to see what the players are like, how they train day to day, so when you make a selection people might comment on from the outside, they don't see what you see.

"And I have a huge value on training, how players behave and work in training in the week. I knew Willian had it as a player because I've played with him. I think we've all seen it on the pitch this year, his work ethic off the ball, his creation and his work on the ball, and you saw it against Aston Villa as well.

"So I think, generally, Chelsea fans hold him in real high regard. It's difficult in the modern day to take a view on what social media says from all over the world. I think people who are in the club know the value of him, and no matter what happens at the end of the season, he's been a fantastic servant for the club."