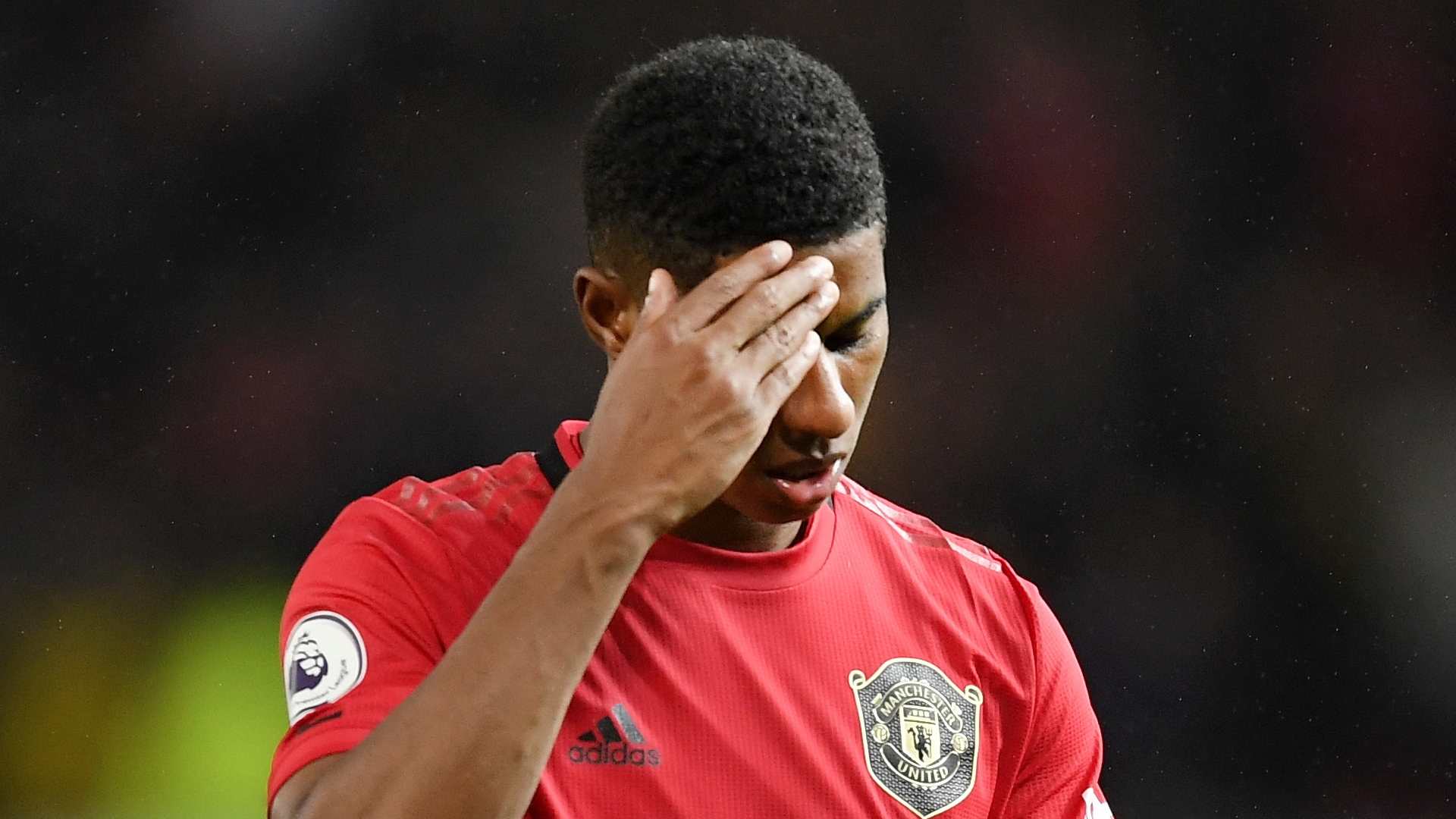 The Red Devils frontman has faced plenty of criticism over recent weeks, with Ole Gunnar Solskjaer's side struggling to find a spark as a collective

Marcus Rashford admits there is no hiding place in football, with a man struggling for form on a personal level acknowledging that Manchester United “simply haven’t been good enough” of late.

An Old Trafford academy graduate was expected to kick on in 2019-20 after seeing the central striking berth he craves freed up.

The departure of Romelu Lukaku to Inter has given others an opportunity to prosper in his place, but those to have undertaken striking auditions have so far fluffed their lines.

Rashford has just three goals to his name, with two of those coming from the penalty spot and his failings have mirrored those of United as a collective, with inconsistency continuing to plague the Red Devils.

Just nine points have been taken from eight Premier League games, with Ole Gunnar Solskjaer’s side left languishing in the bottom half of the table as a result.

Rashford concedes that standards have slipped in a frustrating run, with it now up to those on the field to offer hope to a disgruntled fanbase and deliver a reversal in fortune.

The 21-year-old forward posted on social media: “You can’t hide in football and the last few weeks simply haven’t been good enough.

“As a United fan myself, that hurts. And you deserve better.

“We know we need to improve and that is our sole focus as a team and as a club.”

You can’t hide in football and the last few weeks simply haven’t been good enough.

As a United fan myself, that hurts. And you deserve better.

We know we need to improve and that is our sole focus as a team and as a club. pic.twitter.com/GyHgvQvxeM

Unfortunately for United, things are not about to get any easier.

Table-topping Liverpool, who are yet to drop a point this season, are due to pay a visit to Old Trafford immediately after the international break.

Solskjaer is already seeing questions asked of his future, and they are likely to intensify if the Red Devils come unstuck against their fiercest rivals.

Inspiration is needed from somewhere, with Rashford among those required to provide it.

His place in the England fold is now considered to be under threat, while he continues to face criticism regarding his suitability to a central striking berth.

Rashford knows that better is demanded of himself and those around him, with changes inevitable if the current malaise on the red half of Manchester is allowed to set in.