Xavi wants Barcelona job, but not any time soon 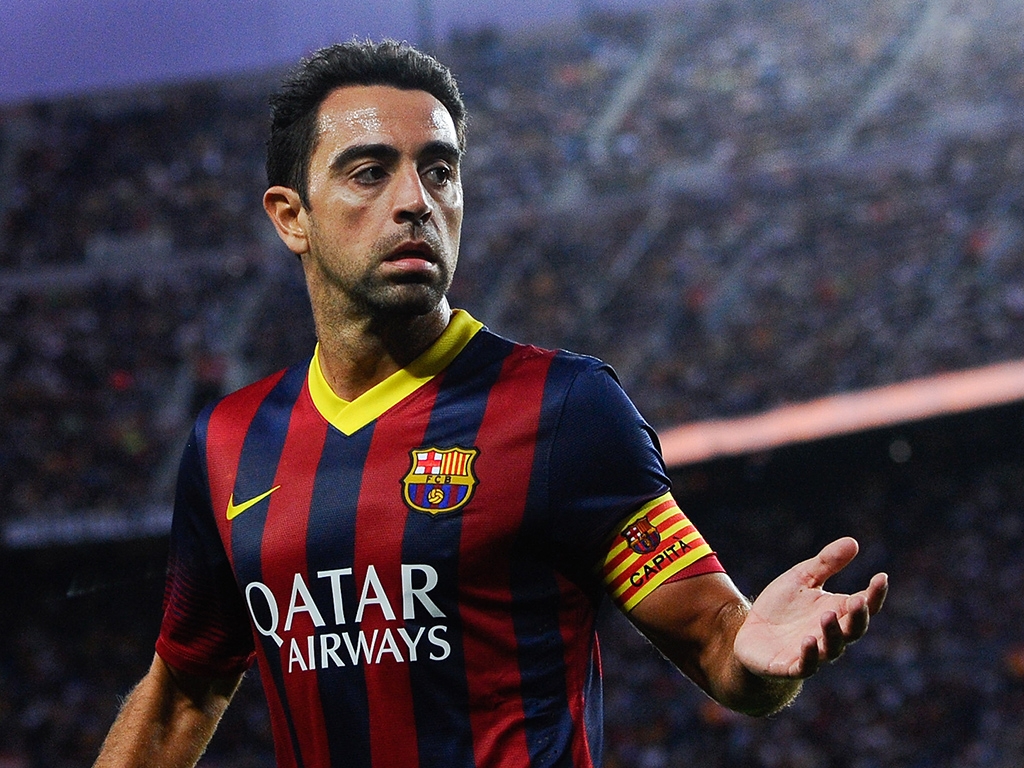 The Camp Nou legend is hoping a managerial career will lead him back to Catalunya, but is aware that he needs to prove him deserving of the role

Xavi is making no secret of his desire to one day return to Barcelona as manager, but a Camp Nou icon concedes that “it’s not time yet” for him to think about filling such a role.

A man who spent 17 years as part of the first-team set-up in Catalunya is approaching the end of an illustrious playing career.

At the age of 39, the World Cup winner has announced he will retire at the end of the season with Qatari outfit Al Sadd.

Once his boots have been hung up, Xavi intends to move into coaching.

The dream is that he will prove as successful off the field as he was on it, allowing him to one day return to his roots at Barcelona.

He is, however, aware that he has a long road ahead and needs to prove himself deserving of filling such a post.

Xavi told TV3: “I don't see myself [coaching Barcelona] yet as I can't start my career as a coach of Barcelona's first team, it's not normal.

“I must prove myself as a coach and start from scratch. It would be too quick to go back to Barcelona, or to coach a La Liga team.

“It's obviously my objective to enjoy myself at Barcelona [as head coach one day], but I have to be very prepared and it's not the time yet.”

Despite having severed ties with Barca in 2015, Xavi has kept a close eye on events at Camp Nou.

He has seen Ernesto Valverde’s side close on a La Liga and Copa del Rey double this season, but a stunning Champions League semi-final collapse against Liverpool has left the Blaugrana waiting on more European honours.

“I think Barcelona have to dominate games again, otherwise it is impossible to win the Champions League,” Xavi added.

“That's what history tells us as Barcelona first won the Champions League when they were winning La Liga and dominating matches.

“I think that now we aren't dominating [games] much.”

Xavi will continue to support Barca from afar once his playing days are over, with an all-time great admitting that he has been incredibly fortunate to achieve as much as he has.

An eight-time La Liga title winner who also boasts four Champions League crowns, two European Championship successes and a World Cup to his name, said of his remarkable career: “Everything has been a fairy tale.

“The recognition on a personal and football level, as well as all the trophies, the experiences, what I have enjoyed on the pitch, and feeling important at Barcelona and with the national team.”