Coronavirus strikes a blow to the NWSL - can it bounce back? 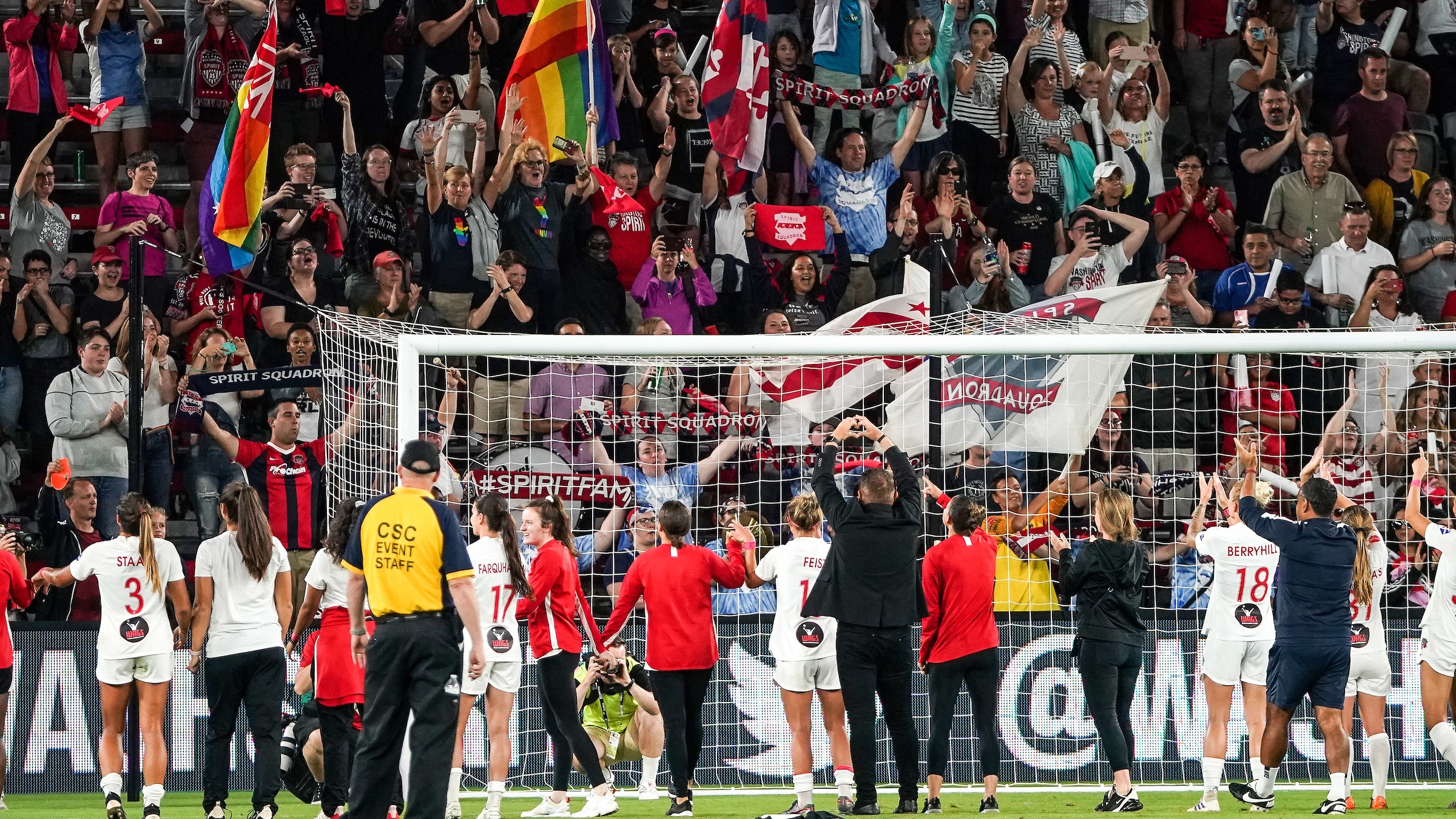 Riding a wave of momentum after the 2019 season, the league is now looking to mitigate the damage however it can

The report from global players’ union FIFPro was eight pages long, but two words jumped off of the page.

As in, the coronavirus pandemic could be an existential threat to women’s soccer all over the world unless a number of the report’s recommendations were followed.

It was a stark phrase for many leagues who had been battling against the currents for years before finally starting to make headway recently. The National Women’s Soccer League [NWSL] is better situated than most to ride the pandemic out, but the effects will be damaging all the same.

The coronavirus is provoking uncertainty and anxiety across the sports world. Hard as it may be, the NWSL is still trying to remain optimistic even amid the looming specter of a 2020 season that, at best, will be a stripped-down shell of a normal campaign.

“I think the National Women’s Soccer League is not only a women’s sport and entertainment, but we’re also a movement. I think fans will continue to want to be a part of that,” NWSL commissioner Lisa Baird told Goal in an email.

That movement had been growing off the back of a successful 2019 campaign, the league’s seventh season.

The NWSL had an average attendance of 7,337 last season, a 21.8 per cent increase on 2018. More national sponsors jumped aboard, including a headline-making deal with Budweiser. Heading into the 2020 season the league made two crucial announcements.

The first was multiyear broadcast deals with CBS and Twitch, a vital sign of stability after NWSL played half the 2019 campaign with no national TV partner. The second was new roster rules that increased spending on players and allowed owners to invest bigger on foreign talent amidst greater competition from teams in Europe.

Then in the spring, everything changed. The league’s scheduled kickoff of April 18 has come and gone. When the ball rolls again is anyone’s guess.

Suddenly, the conversation has shifted from how much the NWSL could build off its banner 2019 to one of damage limitation. Would players have to take pay cuts? Would sponsors bail? How could the season be played? Would there be a season at all?

For the time being, it appears that players are at least safe from the threat of salary reductions.

“I can tell you there hasn’t been a single conversation that’s taken place regarding anything [related to] player compensation,” Washington Spirit owner Steve Baldwin told Goal. “I don’t think it’s on the table at all.”

With a league minimum salary of just $16,538 and a maximum of $46,200, there’s only so much money owners would save with wage cuts anyway, especially with the U.S. and Canadian federations covering the salaries of allocated national team players.

More pressing may be the threat of college-educated players deciding that an indeterminate wait to play again isn’t worth forgoing the money they could be making doing something else. Several NWSL players have retired in their prime to begin more lucrative careers. The NWSL is doing whatever it can to prevent that from happening now.

“I think the league has done a really good job to reassure players that, ‘We’re doing this still,’” Yael Averbuch West, executive director of the NWSL Players Association, told Goal.

That’s a message that’s needed after two previous iterations of professional women’s soccer in the United States folded after just three seasons. The NWSL has now far outlasted the WUSA and WPS, but surviving the worst pandemic in a century is no guarantee unless there are owners committed to riding out the storm.

“I think the biggest change that has happened in the last couple of years with the league has been a significant strengthening of ownership groups in the league,” Baldwin said. “I think we have the wherewithal to deal with the circumstances at hand.”

Though the league is on relatively stable footing for now, the question of the 2020 season is still looming large.

“The NWSL Board of Directors approved the creation of a schedule that targets kickoff for the last weekend in June,” Baird said. “Our staff has been working extremely hard to operationalize the new schedule along with all contingency plans and safety protocols.”

But as the death toll in the U.S. flies past the 60,000 mark, playing soccer in June appears to be an optimistic proposition. Even if the 2020 season does kick off in the next few months, the idea of fans packing the stands seems even more far-fetched.

Several proposals are being considered at the league level but in such a fluid situation, what seems plausible one week can be hopelessly out of date the next.

“The goal is still to have the full season,” Averbuch West said. “Obviously it will need to be truncated and we’ll have to figure out scheduling but the thinking has been, ‘Let’s not think too far ahead of other options unless we absolutely have to'.”

Despite new sponsor and TV money, the NWSL is a league that still heavily relies on gameday revenue. Without any fans paying for tickets, merchandise, parking and concessions, the NWSL and its teams will take a major hit.

Baird, though, is optimistic the league has enough alternative revenue options to mitigate the damage.

“As much as ticket sales for women’s sports are important, the league has diverse revenue streams, including new multiyear broadcast deals with CBS and the streaming service Twitch,” Baird said.

Baldwin and Baird both emphasized that no sponsors are looking to jump ship at the team or league level. Baldwin is even optimistic that a sports vacuum in the U.S. will see new sponsorship opportunities arise.

If the 2020 season does go ahead, CBS will have to adjust their TV schedule to fit in rescheduled games where they can. But Twitch and the CBS All Access platform will be streaming games wherever and whenever they take place. Averbuch West is hopeful fans will come out in force to watch games however they are presented.

“I do think that for better or worse, the women’s soccer world is used to streaming things online,” Averbuch West said. “For years things were only available in difficult ways to find so I think with the support of the new partnerships and with the visibility and technology these days with social media, I still do think we can get some great viewership.”

That women’s soccer world will have to band together in the coming months. The coronavirus has struck a major blow to the NWSL but where the league may have collapsed in the past, now there is a sense that it can withstand whatever comes next.

“Women’s soccer globally is really on the brink of making some amazing progress so for that momentum to really take a hit is very scary and very sad,” Averbuch West said.

“But at the same time I always come back to the resilience of these communities, what the women’s soccer community has fought through to get to this point. I just have so much faith that there’s the grit to continue going through it.”