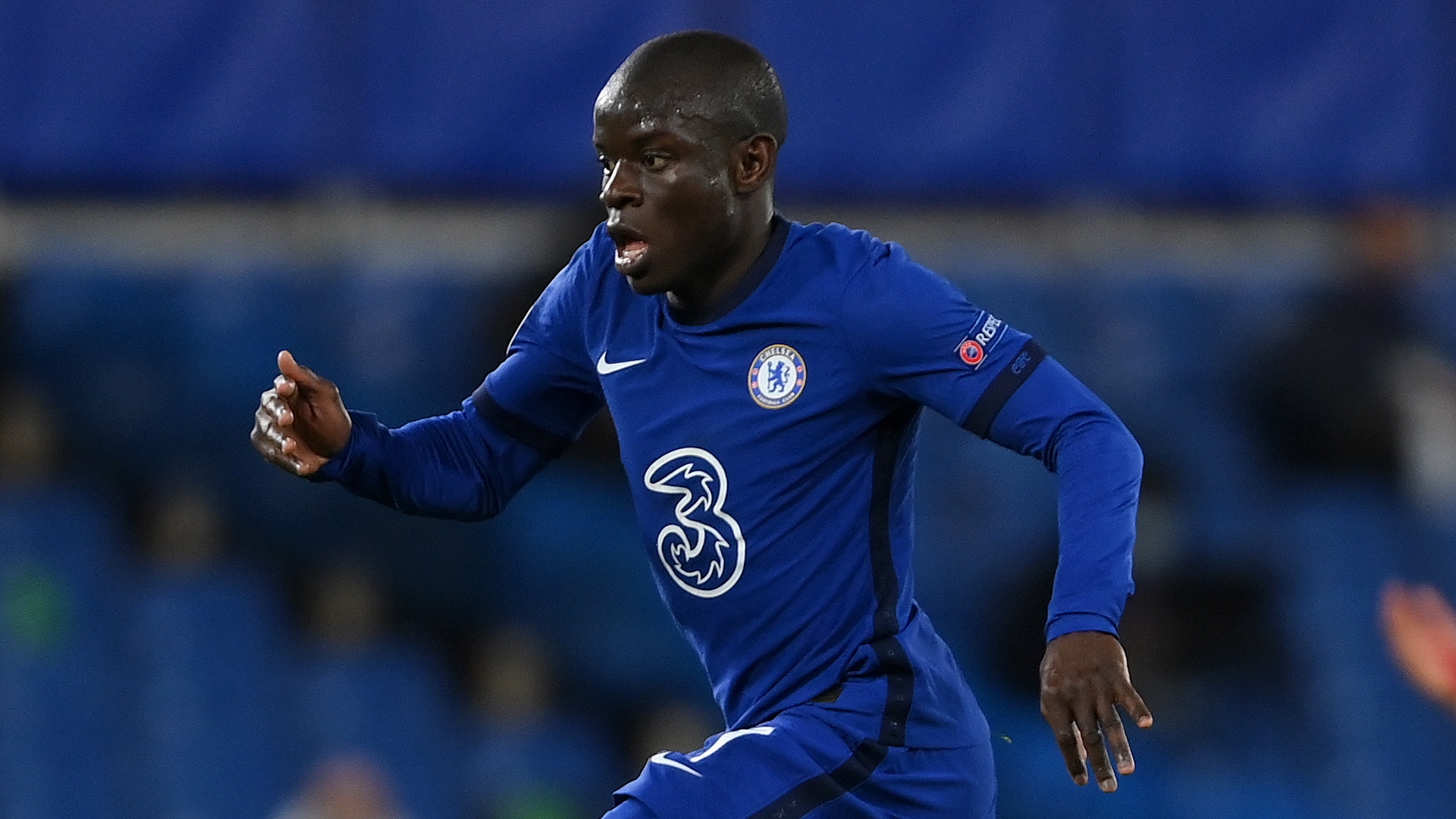 Chelsea boss Thomas Tuchel singled out N'Golo Kante for special praise following his side's Champions League victory over Atletico Madrid, suggesting that the midfielder gives the Blues an almost unfair advantage thanks to his tireless play.

Goals from Hakim Ziyech and Emerson sealed a 2-0 win over Diego Simeone's side at Stamford Bridge on Wednesday, sending Chelsea into the quarter-finals with a 3-0 aggregate win.

But while Kante may not have been among the scorers, Tuchel is well aware of his contribution to the team effort.

"I never know the age of my players just from performance. If you play with him, you play with half a man more because he gives intensity and volume that is outstanding and is unique," Tuchel said of the France midfielder, who remains among football's hardest-working players as he approaches his 30th birthday.

"It is a pleasure to coach him, a big gift for me, such a big helper on the pitch; and don't underestimate his quality in using [the ball], escaping the pressure.

"He can improve with the ball, but it is fantastic to have him. Kova [Mateo Kovacic] and him needed to step up today and the two knew they could be relied upon, they took all the weight on their shoulders and did a fantastic job."

As well as a berth in the Champions League last eight the Blues have climbed back up the Premier League standings, currently sitting in fourth place.

"From the very first moment, I felt part of a family and a well structured club that thinks every three days about what is needed to win games," Tuchel added.

"Everybody in this club thinks about football and from the first day the support was amazing. I feel part of it. A true part. I feel like part of the team also."