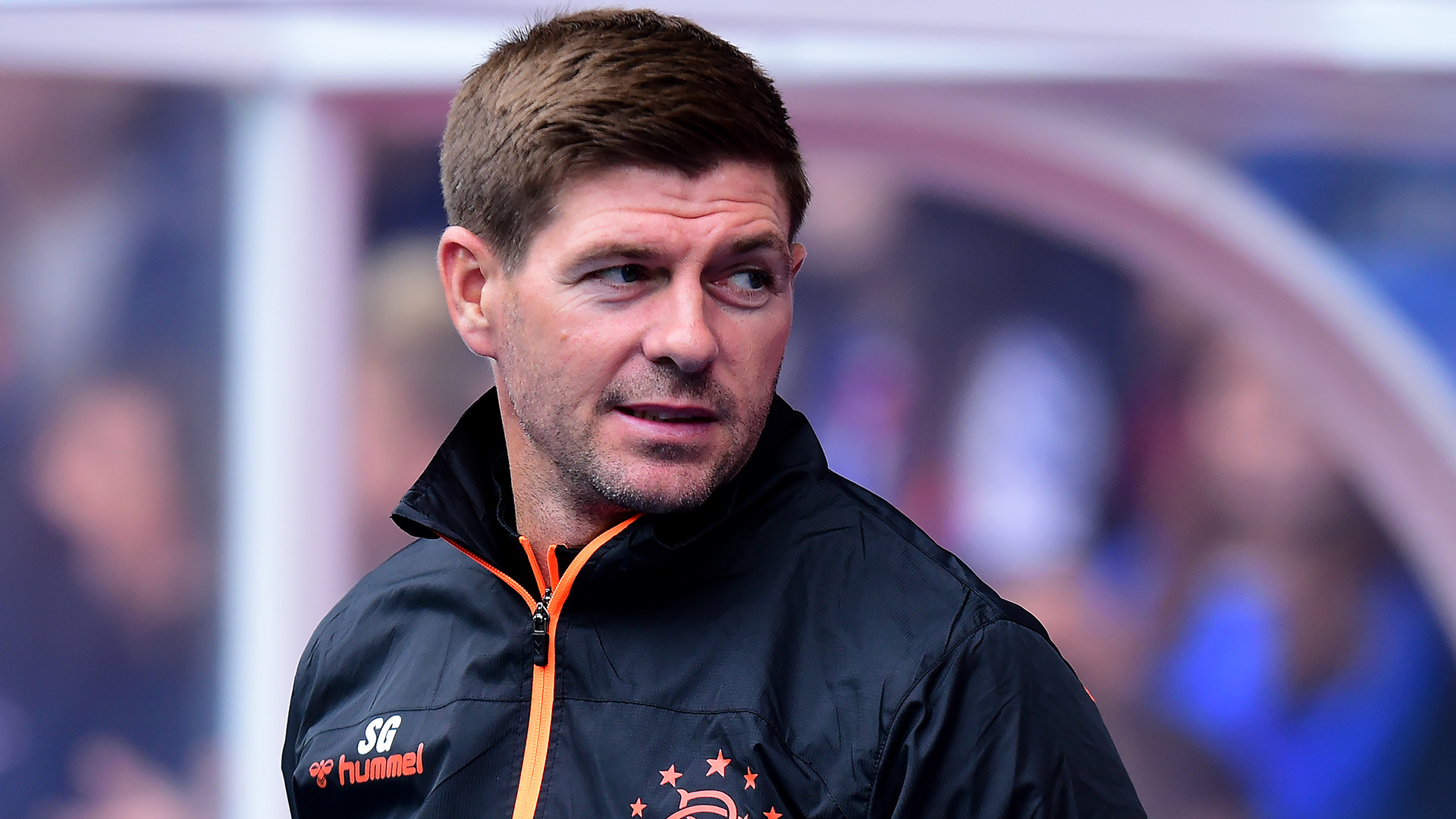 The Reds had a first Premier League trophy within their grasp as Gerrard’s time as captain came towards an end in 2014, only to end up losing out by two points to Manchester City.

Gerrard’s famous slip in a devastating 2-0 home defeat to Chelsea became a source of mockery for rival fans across the country but his former side have silenced their detractors in recent years and are now looking to win back-to-back titles.

Liverpool have scratched their title itch but Gerrard’s remains. Rangers are 16 points clear at the top of the table as they look to prevent Celtic winning 10 in a row, though Neil Lennon’s faltering side do have three games in hand.

“Yes, it’s definitely a motivation,” Gerrard told The Athletic of Liverpool’s near miss. “Having that happen and how it happened towards the end of my Liverpool career was a real, brutal low for me.

“As a group and a team and a club, it was a big disappointment because we came so close. The fact they’ve won the title since then and are current champions - which is fantastic for me to see - has certainly helped the healing, but from a personal point of view, having a big high as a coach and manager would certainly contribute to that healing as well.”

Rangers have been through plenty themselves in recent years. When Liverpool went close in 2013-14, the Ibrox side were winning promotion back from the third tier of Scottish football.

Now, after years in the wilderness, a first Scottish title in 10 years is theirs to lose.

“The next trophy will be a big deal,” Gerrard added. “There have been a lot of stepping stones and progression. The statistics make for good reading if you go year-by-year, but the reality is that we’ve got to deliver silverware.

“This club is built on success. It’s a very traditional, historic club and there’s a big spotlight and responsibility to deliver trophies. Progress is not enough. Statistics are not enough. You’ve got to deliver, it’s as simple as that.

“The main aim in my first year was to try to get a bit of pride and respect back. They were suffering some heavy defeats. Players were hurt, fans were hurt.

“We got the fans smiling again, feeling a bit of belief. We showed improvements in the first year. In the second year, we showed we can compete and in the third year the challenge is, ‘Can we go the full distance rather than six months and fall away? Can we be there and challenge come the end of the season?’”