Willian to Arsenal? The pros and cons as Gunners close in on Chelsea star 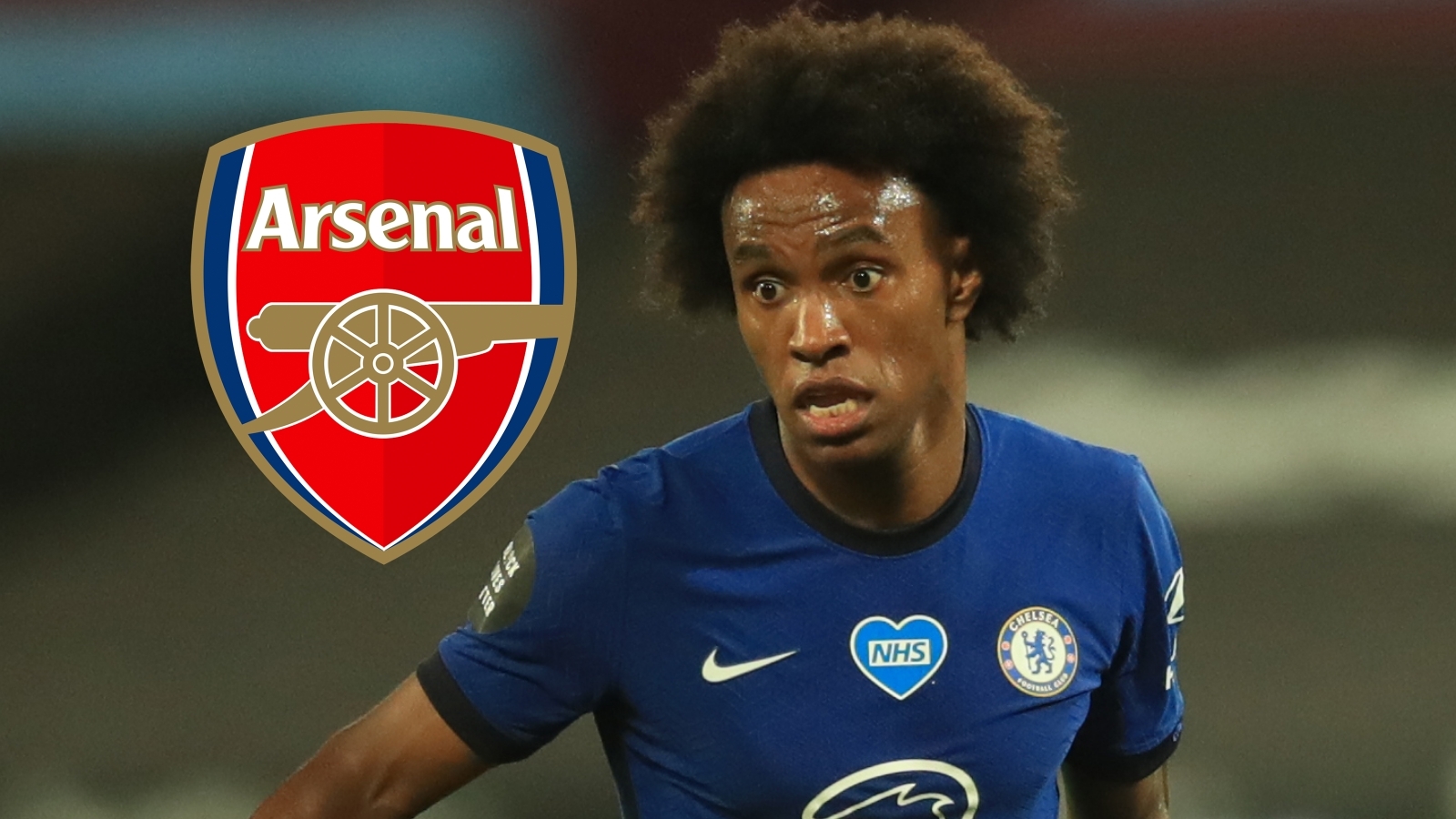 It is the potential deal that has got every Arsenal fan talking.

Willian could soon be switching Stamford Bridge for the Emirates Stadium, with the Gunners hoping to lure the Brazil international across London on a free transfer from Chelsea.

Blues boss Frank Lampard wants the attacker to stay put, but so far Willian has rejected the two-year contract offer that remains on the table  from Chelsea. He is holding out for a three-year deal.

Arsenal, however, are believed to be willing to give the 31-year-old what he wants , and a move could be formalised soon after the second leg of Chelsea’s last-16 Champions League tie with Bayern Munich on Saturday.

It is a possible transfer that has certainly divided opinion, and here  Goal takes a look at the pros and cons.

Willian may be turning 32 next week, but he is not showing any signs of slowing up just yet. In fact, along with Christian Pulisic and Olivier Giroud, he has been one of Chelsea’s most influential players since the restart .

He has found the net four times since the Premier League returned in June and set up another three, helping Lampard’s side secure a top-four finish and a spot in the Champions League next season.

Willian scored nine league goals in total last season, more than he managed in any other league campaign for the west London outfit. He also provided seven assists, equalling his highest previous tally, which was amassed in 2017-18.

Many will point to his age and say Arsenal should be targeting younger players, but Willian has made 47 appearances in all competitions this season and has an excellent injury record. In fact, he has never played fewer than 40 games in a season since arriving at Chelsea from Anzhi Makhachkala in 2013.

And the fact that Lampard wants him to stay shows that he still has plenty to offer at the top level.

“I haven’t given up hope on it,” the Blues boss said last month, when discussing the possibility of Willian staying at Stamford Bridge.

“The club are still in discussions with him. We want him to stay but I also appreciate the fact this contract for Willian is a big deal because of his age.

“The way he is playing at the moment shows his worth to the squad and I hope it is something we can get to.

“Whichever way, he has been a great servant to the club and if we can get there, I’ll be happy. If not, I will certainly wish him well as I have a lot of time for him.”

Willian would also add real versatility to Arsenal’s squad. He is equally adept on either wing and can also play in a more central No.10 role. Mikel Arteta is expected to switch to a 4-3-3 formation next season, and the Brazilian would give him plenty of options within that system.

Arsenal struggled for creativity this past season, something that has often left Pierre-Emerick Aubameyang and Alexandre Lacazette feeding off scraps.

They need more from the flanks and central areas behind the strikers, and Willian has created an average of 1.7 chances per 90 minutes for Chelsea this season. That is more than Mesut Ozil (1.4), Bukayo Saka (1.3), Nicolas Pepe (1.1) and Dani Ceballos (1.1) managed for the Gunners.

He is also a big game player. Some of his best performances in a Chelsea shirt have come against the top sides, both domestically and in Europe, and he would bring a winning mentality to the squad, something Arteta wants to introduce at Arsenal .

Willian knows the Premier League inside out and is settled in London, so he would not need any time to adapt. He already has friends within the Arsenal squad so he could come in and immediately feel at home, which would be vital with such a short turnaround this summer ahead of the new 2020-21 campaign.

When looking at this potential transfer, the major red flag is the fact that the deal on offer would be for three years.

Willian turns 32 next week so should he sign for Arsenal, the deal would take him through to when he is 35. While he is still playing at the top of his game right now, it is doubtful that would still be the case during the final year of that contract.

So it is understandable why Chelsea have been so insistent that they would not be budging on the two-year offer they have put on the table , despite Lampard’s desire to keep hold of the attacker.

Arsenal have consistently found it tough to move players on that have perhaps underperformed when approaching the final years of their contracts, and the last thing they need is another well-paid player seeing out a deal when his best years are behind him.

Mesut Ozil’s £350,000 ($445,000) a-week wage continues to be a millstone around the club’s neck and the German is only nine months younger than Willian. It is a similar story with Henrikh Mkhitaryan; Sokratis is another player in his 30s Arsenal would like to move on, but the defender is currently determined to see out his contract, which expires next summer.

The fear is that if Willian’s performances begin to wane after about 18 months, Arsenal would again find themselves stuck with a player they are paying handsomely.

Willian is also not a prolific goalscorer, and Arsenal desperately need more goals from the midfield areas. His failure to find the net on a regular basis has been one of the main sources of frustration among Chelsea fans during his time at Stamford Bridge, with the consistency of his performances often called into question.

It is understandable why some Arsenal fans have their doubts about the move for Willian given his age and the length of the contract demanded.

But Willian will be a free agent this summer and is in a strong position. He is still top player, as he has shown this season with Chelsea, and has other offers - some which are believed to be more lucrative - on the table .

So if Arsenal and Arteta really want to get him on board they have to offer him what he wants, which is a three-year contract.

Willian is not on huge money compared to some players. He is on around £120,000 ($156,000) a-week at Chelsea, and although he would no doubt get a nice signing-on fee should he move to Arsenal, his wages would remain around the same.

So over the course of three years he would cost Arsenal around £20m ($26m), which is not a huge amount of money for a club of their stature and standing in the game.

Provided he performs at the level he has this season for at least half of his stay in north London, it would be money well spent - more so if he has the type of influence on the younger players in Arteta’s squad that he has had with the youngsters at Chelsea.

And it must be noted that Arsenal’s ambition right now is not to start challenging Liverpool and Manchester City for the title - it is to get back competing for a place in the top four, and there is no doubt the addition of Willian would help with that.

Arteta has plenty of exciting youth within his squad but he needs some more experience as well, and Willian would provide that, as well as important versatility to play in various positions across the frontline.