Willian has again turned down an offer of a two-year contract from Chelsea, but the winger has delayed making a final decision on his future.

The 31-year-old still wants to play in the Blues' probable final game of the season as they aim to overcome a 3-0 first leg home defeat against Bayern Munich in the Champions League on Saturday.

Frank Lampard is facing a selection crisis for the match with Christian Pulisic, Cesar Azpilicueta, Pedro and Billy Gilmour all out injured, while Jorginho and Marcos Alonso are suspended.

Willian is aiming to recover from his Achilles problem which caused him to miss the FA Cup final against Arsenal, amid offers from five clubs.

His agent, Kia Joorabchian, told  talkSPORT last week : “I don’t think he’s done a U-turn or any kind of turn. He’s always been very much in the same mode. We had big offers – one from MLS which required him to move on July 1 – but he’s always wanted to finish the season at Chelsea and the day after the season has finished he would decide.

“He has two concrete offers from Premier League clubs on the table, an offer from an MLS club, and two other offers from Europe. He is going to make his decision after the last game of the season.”

The MLS club is understood to be Inter Miami, but Arsenal are thought to be the front runners due to Willian's desire to remain in London and play at the highest possible level.

The other offers are rumoured to be from Barcelona and Inter, although Goal has been told that the Catalan giants are no longer moving for the winger.

The Blues' chances of keeping their January 2013 signing from Anzhi Makhachkala appear to be slim as they are immovable on the length of contract that they are willing to offer.

Chelsea have recently upped their one-year contract policy for players over 30 to two years, but are unwilling to push that again to three for the Brazil international.

“It is his decision, I haven’t got that answer," Lampard said of the situation to reporters on Saturday. "I know the situation at the club’s end. I have a great relationship with Willian, but I don’t actually know what the decision is. 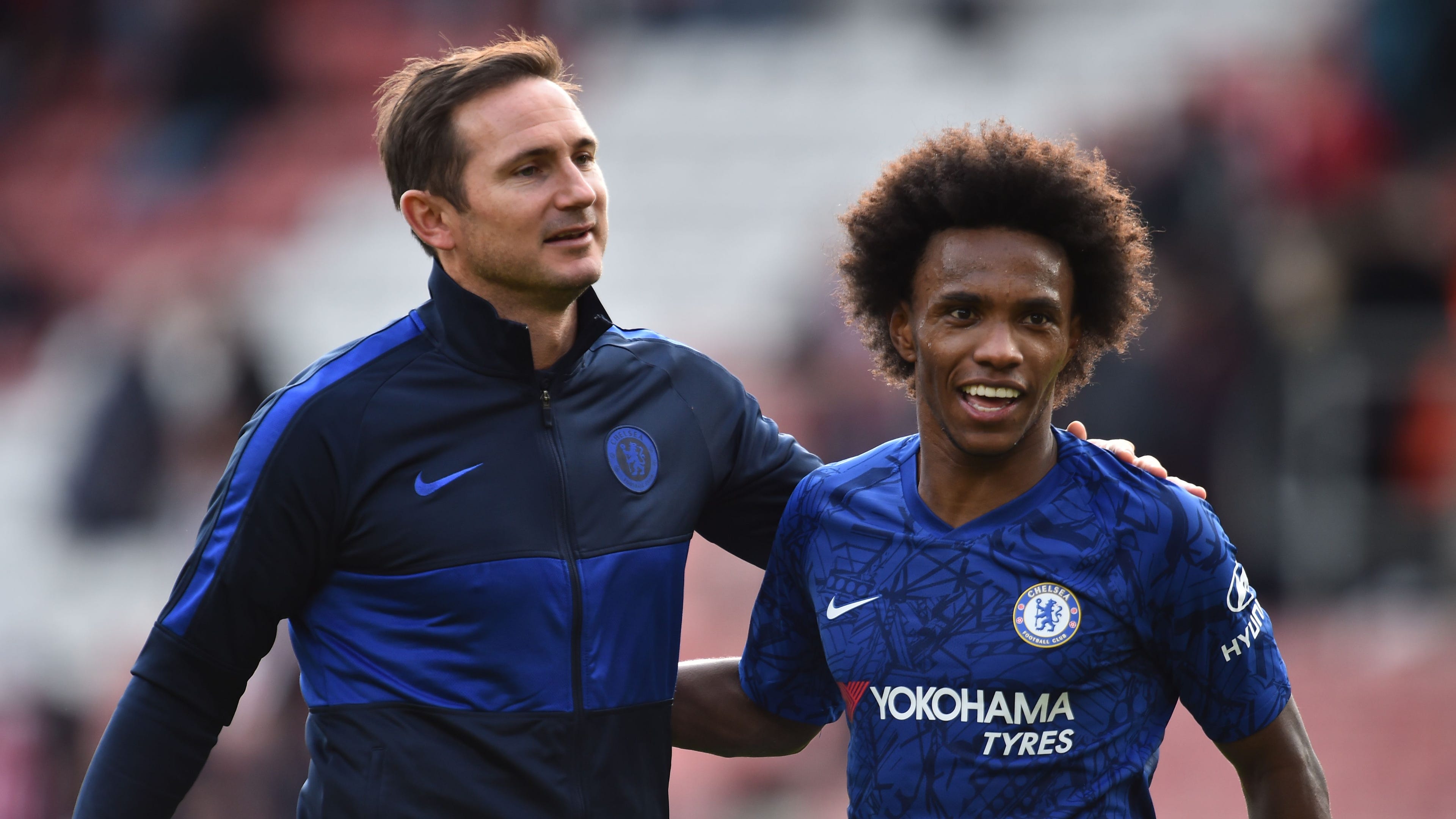 "If that happens over the next whatever days, as he said, then that would be good for me in either way. Of course, I am very happy with Willian. He has been brilliant for me this season with his input and work ethic, within the squad.

"It is his choice and I respect his choice. He has been a great servant for Chelsea if he decides to move on, and if he does decide to move on then Chelsea will move on and we have to look forwards ourselves.”

Indeed, the Blues have already moved forward having signed two competitors for Willian's place in both RB Leipzig forward Timo Werner and Ajax playmaker Hakim Ziyech at a combined cost of £84 million ($105m).

Chelsea have now turned their focus to signing Bayer Leverkusen's Kai Havertz,  but the Bundesliga club have yet to open talks over a fee.