The Brazilian registered an important assist just minutes after coming off the bench, helping the Gunners keep their Europa League dream alive

Mikel Arteta singled out the under-fire Willian for praise after he played a key part in Arsenal’s comeback win over Benfica on Thursday.

The Gunners kept their hopes of Europa League glory – and Champions League qualification – alive, coming back from a goal down to win 3-2 on the night and 4-3 on aggregate.

Willian, who has struggled to make an impact since his summer move from Chelsea, came on just after Benfica’s second goal, and soon assisted Kieran Tierney for the equaliser. Bukayo Saka then crossed for Pierre-Emerick Aubameyang to nod in a late winner.

Arteta told reporters: “Willian specifically, I think he changed the game. He gave us much more composure in moments, produced some creativity, produced the goal for Kieran and we need everybody on board.”

He also praised Tierney’s impact: “The way I’d describe him is all determination, all passion for what he does.

“The way he has come back from his injury and how willing he is to help the team … he gives us a big lift.”

Auba: This is an example for us

Match-winner Aubameyang said Arsenal could use the performance as an example for their upcoming fixtures.

"Everyone is happy tonight,” he told BT Sport. “This is what gives me power every day, taking errors from the past and transforming to strength. 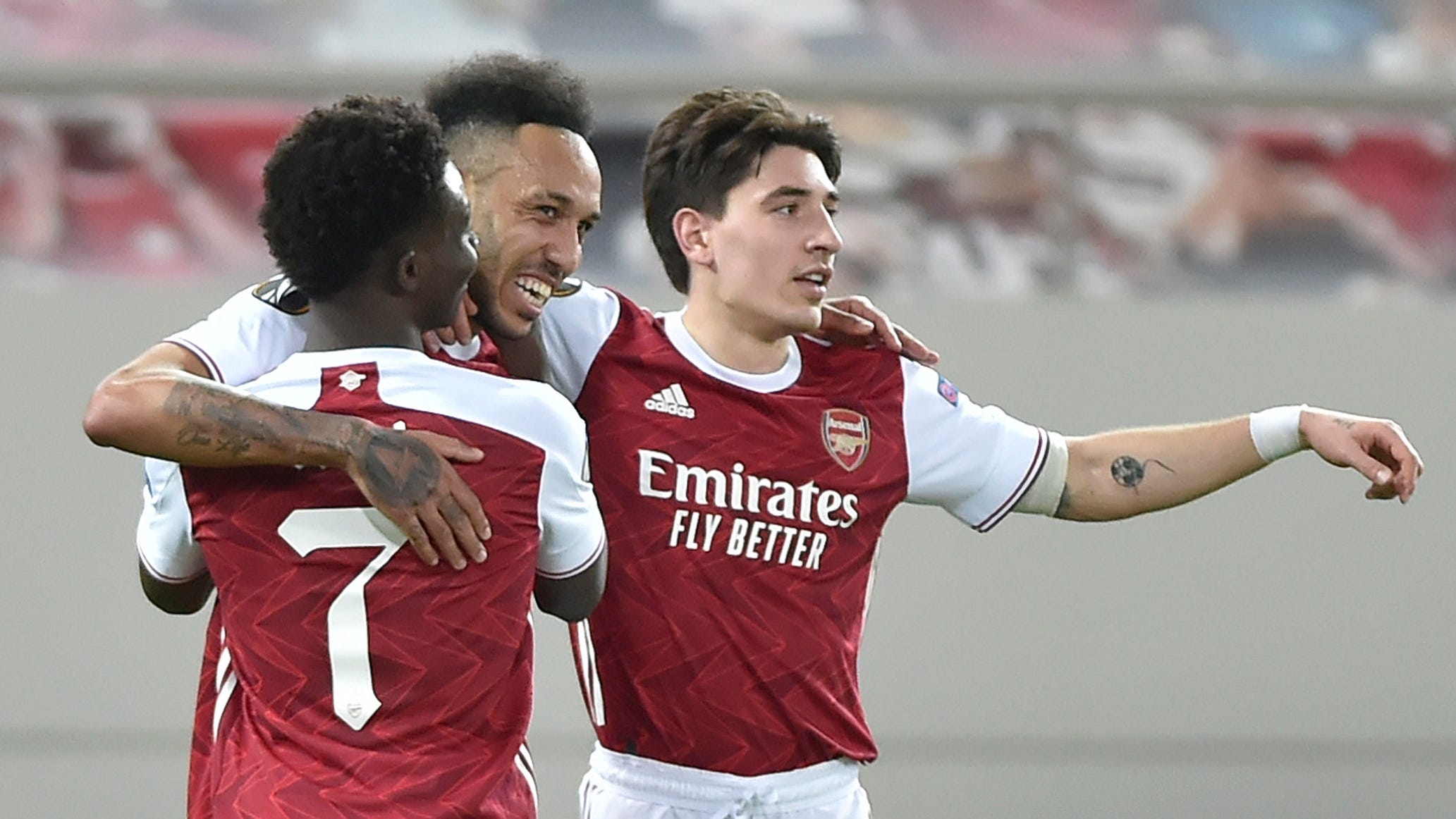 "The team showed a lot of character and we deserved the win. It was a hard game. What we showed tonight will be an example for the future."

Currently 11th in the table, Arsenal are 11 points off the top four and may see the Europa League as their only hope of qualifying for next season's Champions League.

The draw for the last 16 will take place on Friday, with the next round to be played on March 11 and March 18.