There was a time when minorities were not well represented in football, so the appearance of Black players on teams was rare

Some of the greatest players in British football history have been Black.

Viv Anderson starred for clubs such as Nottingham Forest, Manchester United and Arsenal over two decades. John Barnes was an icon for Liverpool and England during the 1980s into the 1990s.

Paul Ince  was the first Black man to captain the Three Lions in a career that saw him line out for Manchester United, Inter and Liverpool, while Raheem Sterling is inspiring a new generation.

But who was the first Black professional footballer in the United Kingdom? Goal takes a look at the history.

Who was the first Black professional footballer in the UK?

Arthur Wharton is widely considered to be the first Black professional footballer in the United Kingdom.

A goalkeeper (who occasionally played as a winger too), Wharton played for Darlington, Preston North End, Sheffield United and Rotherham United among others at the tail-end 19th century

He was born in what was then Jamestown in the former British colony Gold Coast (now part of Accra, Ghana) in 1865 to a Grenadian-Scottish father and a Ghanaian mother.

Wharton moved to England in 1882 with the initial intent of studying to become a religious missionary, but ultimately diverted his focus towards sporting exploits.

His football career started at Darlington and he was part of Preston's famous 'Invincibles' team of the 1880s, but he did not become fully professional until 1889 when he signed for Rotherham. 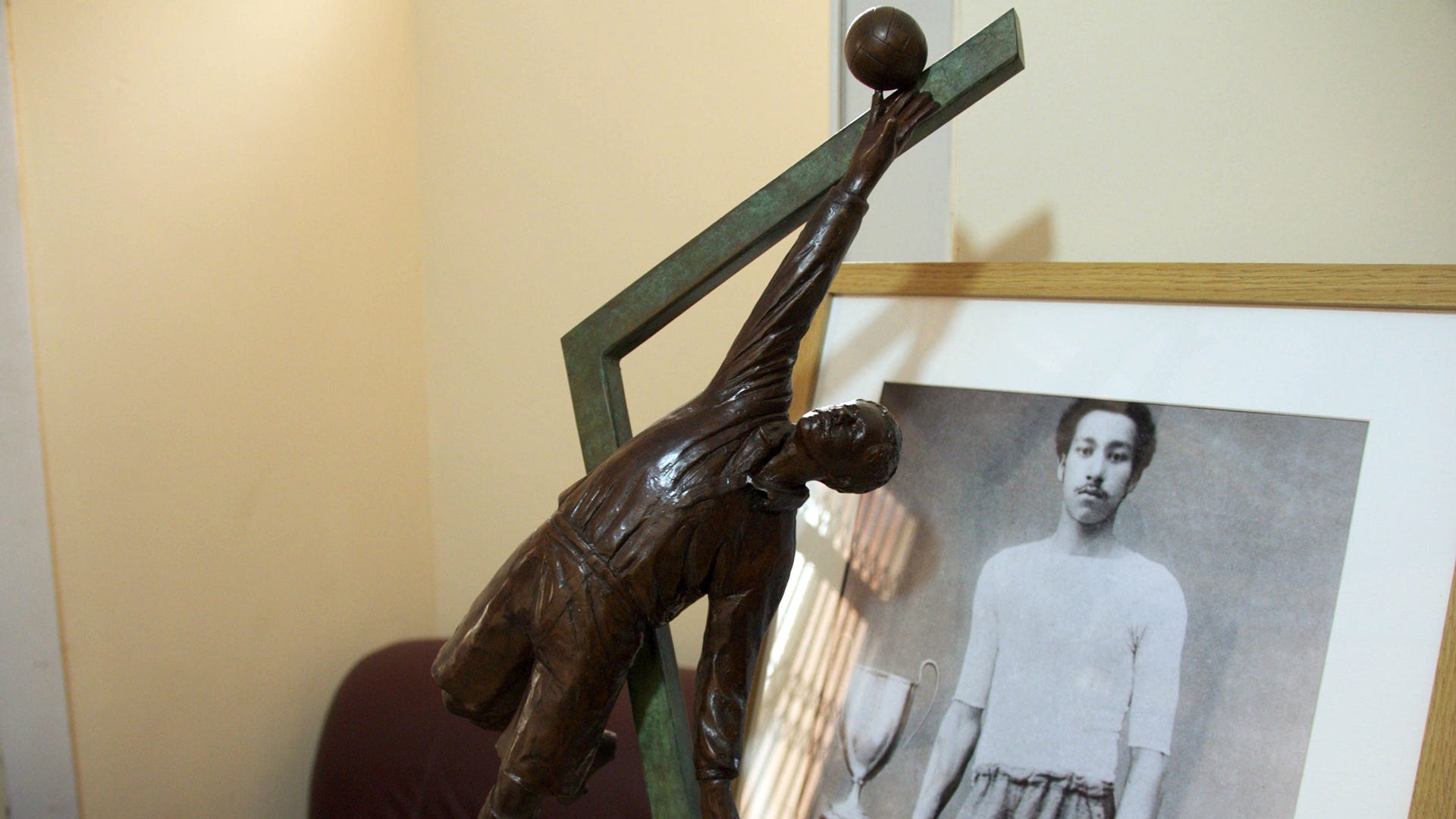 According to reports, Wharton had been considered for a possible call-up to the England national team, but it never materialised (it would not be until 1978 that a Black footballer played for the Three Lions).

Wharton's life met an unhappy end as he suffered a series of illnesses and found himself in abject poverty. He died in 1930 at the age of 65 and was buried in an unmarked grave in Yorkshire's Edlington cemetery.

However, a headstone was erected at his gravesite in 1997 thanks to a campaign by 'Football Unites, Racism Divides'.

Despite never achieving international recognition during his lifetime, he was inducted into the English Football Hall of Fame in 2003 and the FA paid tribute to him with a statue at St George's Park in 2014.

"We often talk how hard it is for young people from Black and Asian minority backgrounds to get into top jobs today, so imagine what it was like then," he said.

"Certainly not enough people know about his story and we’re going to embrace it in the tour programmes of all the young people and schools that come here."

Shaun Campbell, who founded the Arthur Wharton Foundation, was present at the statue unveiling event and said that it was a "proud day", noting that football could play a big part in anti-racism initiatives.

"Football is part of the wider problem, but it is also the biggest army in the world," Campbell told the official FA website.

"If you can unite the fans, the support base, it has the capacity to really make a difference – and it's very exciting.

"To move forward we have to tackle it on a global scale, but football can kick off that campaign.

"You don’t have time to feel the stresses and strains of championing something like this because your own adversity can never match that which he faced.

"This is the beginning of true recognition for the Black and ethnic minority groups to this country."

Amateur Andrew Watson, who was a Scotland international, predates Wharton by over a decade, having played for a number of clubs north of the border.

There has been some contentiousness with the claims regarding which of them was the first professional player, with some arguments being made that Watson may have been paid to play earlier.