If Manchester City’s hierarchy wanted an indication of how badly the proposed European Super League (ESL) would be received, they need only have visited their own dressing room.

The players found out about the doomed breakaway competition at the same time as the rest of the world, with increasing speculation finally confirmed by a series of cut-and-paste announcements made on club websites , including City’s.

By the following morning, it was the talk of training and there was universal and overwhelming disapproval of the plan.

At his pre-match news conference the following day, Pep Guardiola expressed his concerns about a tournament where there would be no consequences for failure.

Then, opinions from the first team eventually started to emerge, firstly when several players retweeted a club post in which Guardiola called on the Super League president to explain the new competition.

That was followed by a message from Kevin De Bruyne, who noted the importance of “competing”.

Not long after, City officially confirmed their ESL withdrawal.

Raheem Sterling, Aymeric Laporte and Kyle Walker quickly shared their relief with a number of ironic messages on social media.

Among the many concerns for all players was the loss of the possibility of winning the Champions League, a competition that they have all watched since they were kids. Lifting the trophy remains their ultimate ambition.

“As a boy, you dream about these stages, the semi-finals of the Champions League, a final, the quarter-finals,” Riyad Mahrez said ahead of Wednesday's meeting with Paris Saint-Germain. 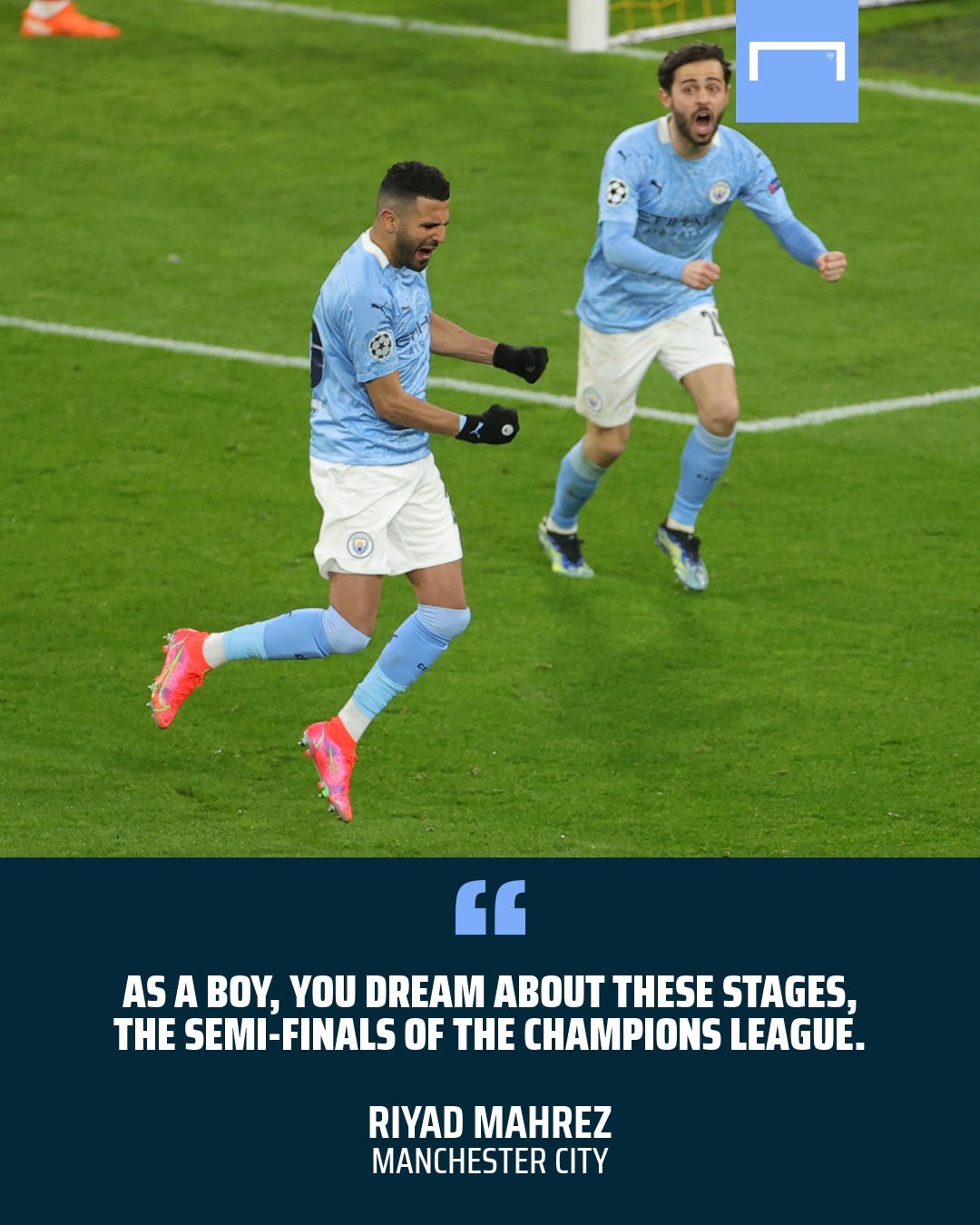 The Algeria international will return to the French capital, where he learned the game as a young boy, and watched his hero Didier Drogba playing for Chelsea in Europe.

Mahrez was one of the heroes of Leicester's stunning Premier League triumph in 2016 but he knew that he would have little chance of winning the Champions League at the King Power Stadium.

Indeed, the promise of competing annually in the game's premier club cup competition was one of the reasons he left for the Etihad Stadium three years ago.

“You play football for these type of games at these type of stages,” the 30-year-old added. “I knew when I signed for this team, this club, this manager, we'd arrive at this stage."

Mahrez is not the only City player to have grown up watching his favourite player starring in the Champions League.

Silva and fellow club legends Yaya Toure, Vincent Kompany and Pablo Zabaleta have few regrets about their time in Manchester but failing to conquer Europe is certainly one of them.

While City have become regulars in the competition, it’s a source of huge frustration that the clash with PSG represents only their second-ever appearance in the semi-finals.

They've suffered some bitterly disappointing European exits under Guardiola too. The away-goal defeats by Monaco and Tottenham were particularly hard to take but perhaps no failure was more devastating than last season’s quarter-final loss to Lyon in Lisbon.

After returning from a three-month break following the initial coronavirus outbreak, and with Liverpool all-but guaranteed as Premier League champions, everything was geared around Europe. 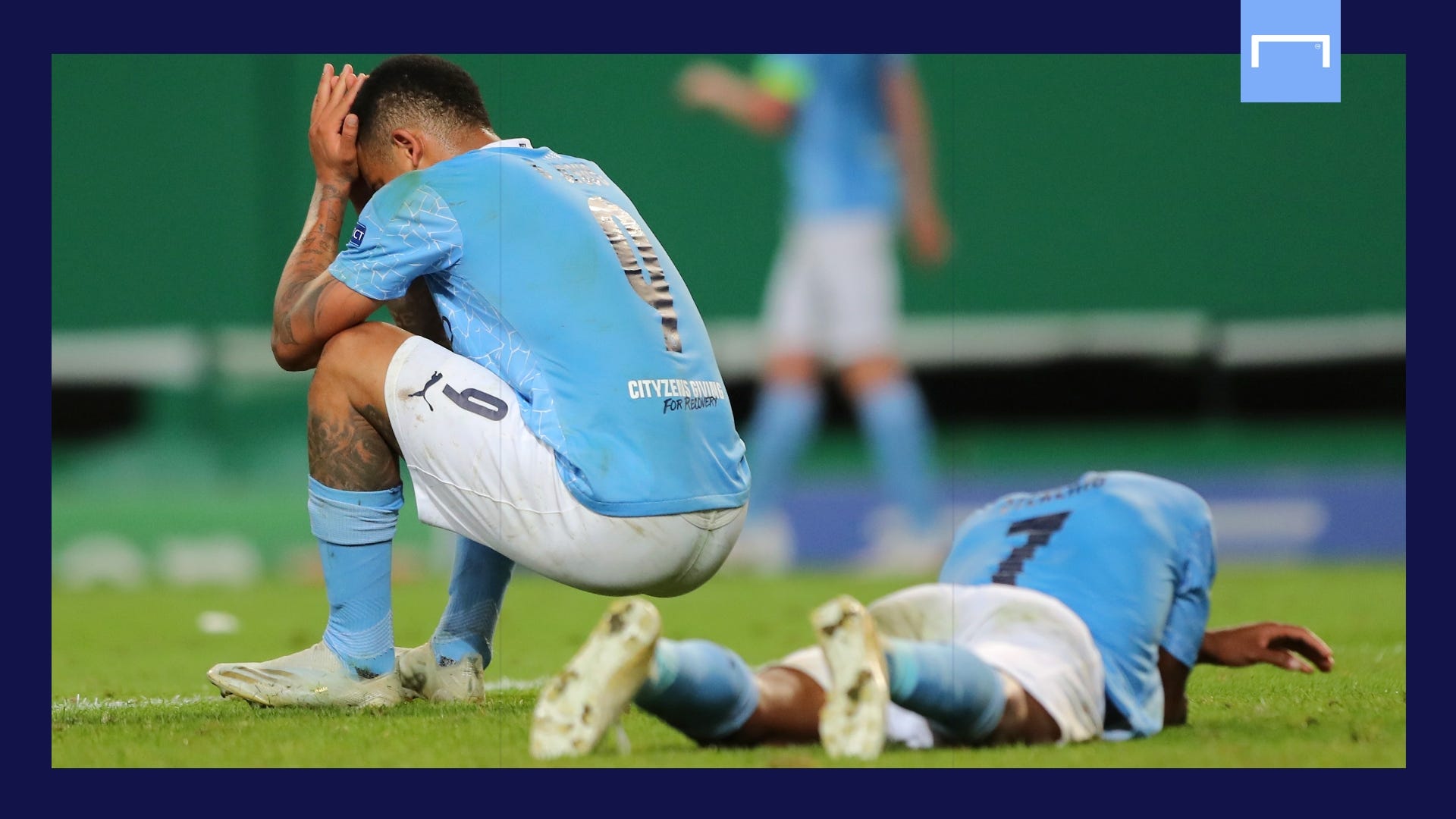 A second leg against Real Madrid was confidently navigated and City headed to Portugal for the mini-tournament completely focused on Champions League glory. That mini-tournament lasted just one game and the impact shook the squad.

Several players were left distraught on the pitch. Indeed, Gabriel Jesus ended up in tears and had to be consoled by Lyon’s Brazilian players.

After a sombre coach journey back to their luxury resort hotel, just outside the Portuguese capital, the players flew off to various locations around the world the following day, either to go home or on holiday.

There was no opportunity to get over the defeat as a group and the painful experience remained raw all summer.

“Last season was the biggest disappointment of my career to not go through to the semi-final and beat Lyon,” Mahrez said.

“It helped us a lot this season because we were so, so determined to go through. Obviously, the last seasons as well, but this year we had those experiences and I think we were much better.”

It’s just not the players, either; Guardiola is also desperate to win the trophy again.

He insists that for all his achievements, he will remembered as a failure if he does not win the Champions League at City,  similar to how his time at Bayern Munich is viewed by some in Germany.

More importantly, he wants his players and the club to take their place alongside the greats of European football.

Guardiola, though, seems remarkably relaxed for such a big game for him and his players.

“I learned from Johan Cruyff: when you arrive at these stages there is only one thing you can do and that is enjoy the game,” he told reporters on the eve of the first-leg showdown with PSG.

“Enjoy the responsibility and the pressure. Enjoy the fact that you have not lived more of these situations. That is elite.”

The responsibility and the rewards have never been greater.  That’s why the Champions League remains the ultimate dream and an obsession for so many at City.