When will Arsenal learn?! Derby disaster offers little hope that Gunners' season can be saved 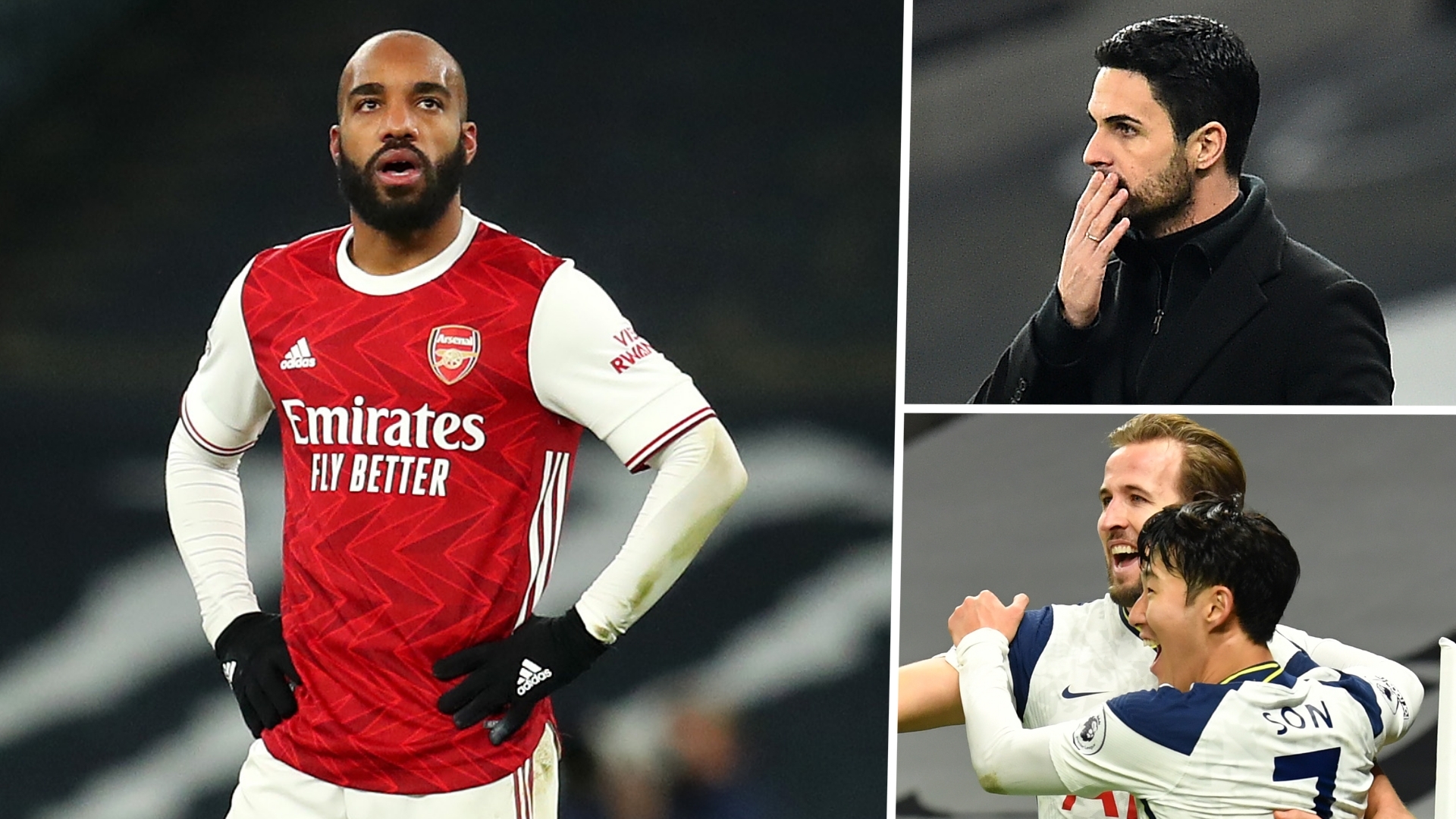 What now for Mikel Arteta?

Arsenal’s manager spent the days leading up to Sunday’s north London derby reminding everyone how much time he needed to get the Gunners back competing again.

But after this latest Premier League defeat, a sixth in nine games, he is going to find those calls falling on deaf ears with many growing increasingly worried about the direction his team are heading.

The optimism brought on by the unexpected FA Cup win last season has long gone.

While those behind the scenes at the Emirates Stadium still very much believe in the Arteta project, there are some fans questioning exactly what he is trying to do in north London.

His side were not poor despite losing 2-0 to Spurs. They enjoyed almost 70 per cent possession against their rivals, made over 300 passes, had more shots, corners and crosses. In fact, they dominated almost every statistic, except for the all important one.

But the truth was, they still never looked like winning the game.

Jose Mourinho sent Tottenham out with a game plan and it worked perfectly. They sat back, let the visitors have the ball and then hit them on the counterattack, just as they have done with teams all season.

Arsenal must have known what was coming, yet they played into their neighbours' hands.

They were caught with men upfield twice in the first half and Spurs picked them off both times with ruthless efficiency.

Son Heung-min opened the scoring on 13 minutes with a wonderful goal. He received the ball from Harry Kane before driving towards the box and curling a fabulous effort into the top corner from 25 yards.

It was a superb finish from Son, but the way Rob Holding and Hector Bellerin allowed him to get close enough to goal to get his effort away left a lot to be desired, as did Bernd Leno’s positioning.

And then, after Arsenal had got back on top and were pressing for an equaliser, they got hit by a sucker punch again as Spurs doubled their lead just before the interval.

This time Son turned provider for Kane, finding him in the box at the end of another rapid counterattack, with the England captain crashing an unstoppable shot past Leno.

Arsenal lost Thomas Partey in the build-up to the goal, seemingly to the same thigh injury from which he had just recovered.

Throwing the Ghana international straight back into the starting line-up after nearly a month off was clearly a gamble deemed worth taking, but it is one that has now backfired.

A scan in the coming days will reveal how long Partey will now be out for, but his availability across the busy festive period must be at serious risk.

Arsenal will head into that run of five league games in 20 days sat 15th in the Premier League, and are now 11 points behind table-topping Spurs after 11 matches.

Arteta is correct in calling for time, because that is what it is going to take to sort out the mess that Arsenal are currently in.

But, after nearly a year in the job, the lack of clarity about what he is trying to achieve is becoming more and more worrying.

His side have only scored 10 goals in 11 league games this season; only Burnley, West Brom and Fulham - who all sit in the bottom three - have scored fewer.

Pierre-Emerick Aubameyang has found the net just twice, with his goal at Fulham on the opening weekend of the season the only one coming from open play.

That is an illustration of the main failing of Arteta's side, who have created just 65 chances from their 11 games in the league, the lowest of any side in the top-flight.

After the defeat against Wolves last time out, the Spanish coach pointed to the amount of crosses that his side had put in as an indicator that fortunes would soon start to turn.

"I think it's first time in the Premier League that we put in 33 crosses,” he said. “I’m telling you that if we do that more consistently we're going to score more goals.”

“If we put the bodies we had in certain moments in the box, it's maths, pure maths and it will happen"

Well, against Tottenham his side whipped in 44 crosses, the most by any team in the league this season, yet still failed to find a way through.

Aubameyang did not muster a shot on target all night. He also failed to create a single chance for his team-mates or complete a take-on.

Of all the players that started the game, he had the fewest touches (21) on the pitch. The man Arsenal have relied upon since his arrival in 2018 from Borussia Dortmund has gone totally off the boil since signing his new contract and is showing little sign of finding his form once again.

It is a problem Arteta has spoken about time and time again in recent weeks, yet he seems no closer to being able to find a solution.

If he does not find one soon, then the dissenting voices that are growing louder by the week will soon become impossible to ignore.