The Champions League final of 2005 will forever be remembered as one of the all-time great games in the history of football, but especially in Liverpool as the Reds managed to win their fifth European Cup in the unlikeliest of circumstances.

AC Milan travelled to the Ataturk Olympic Stadium in Istanbul as strong favourites to win the trophy against an outfit that had finished fifth in the Premier League. The Italians’ status appeared entirely justified as they raced into a 3-0 half-time advantage thank to goals from Paolo Maldini and Hernan Crespo, who scored twice.

In one of the most remarkable turnarounds in history, though, the Reds came roaring back into the game in the second half, scoring three times in the space of six minutes. Steven Gerrard, whose dynamic performance won him the Man of the Match accolade, got the first back and as the Serie A side uncharacteristically wobbled, Vladimir Smicer and Xabi Alonso took advantage to draw the Anfield club back on terms.

The penalty shootout was also a memorable affair, with Milan missing their first two kicks through Serginho and the normally reliable Andrea Pirlo. Liverpool raced into a 2-0 lead but John Arne Riise had his effort saved by Dida after Jon Dahl Tomasson had got one back. Kaka and Smicer exchanged goals but the cup was sealed when Andriy Shevchenko, then regarded as the finest centre-forward in the world, had his kick stopped by Jerzy Dudek.

Liverpool’s victory was greeted with astonishment, notably from manager Rafael Benitez, who admitted at the conclusion of the match: “My problem is that I don't have words to express the things that I feel at this moment.”

No less a figure that Diego Maradona was similarly awestruck: “Even the Brazil team that won the 1970 World Cup could not have staged a comeback with Milan leading 3–0...The English club proved that miracles really do exist.”

From the other side of the fence, there was an equally profound reaction, as Pirlo explained in his autobiography ‘I Think Therefore I Play’: “We sat like a bunch of half-wits in the dressing room… We were bloodthirsty zombies faced with an unseen problem – the blood was ours and they had drunk every last drop. We couldn’t speak, we couldn’t move. They had mentally destroyed us. Insomnia, rage, depression, a sense of nothingness. We’d invented a new disease with multiple symptoms: Istanbul syndrome.”

Who played for Liverpool in the 2005 Champions League final? 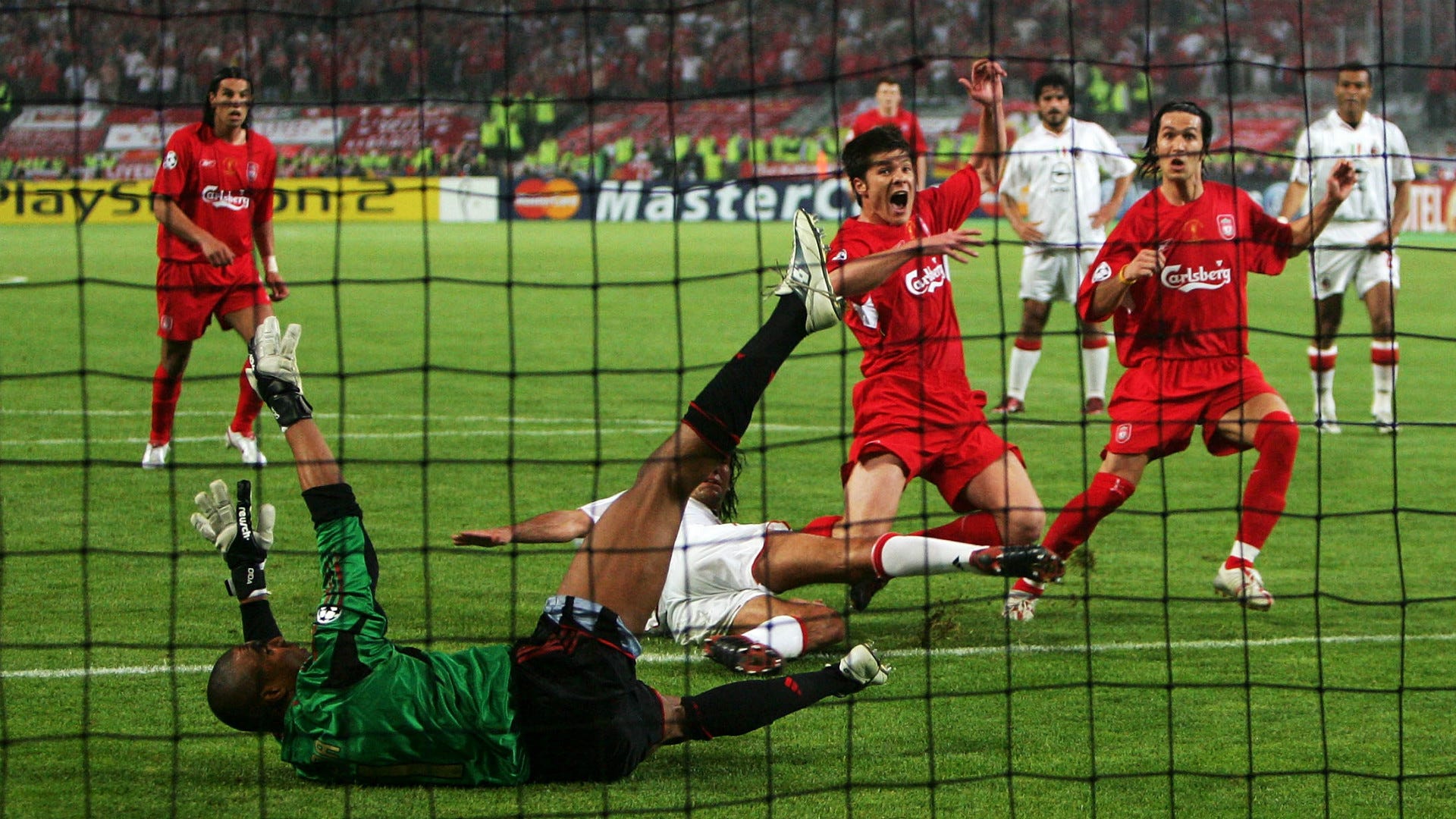 Liverpool started the final in something resembling a 4-4-2 with a diamond midfield.

Jerzy Dudek started in goal and would earn comparisons to club legend Bruce Grobbelaar due to his performance in the penalty shootout, in which he attempted to put the Milan players off by throwing his legs in all directions before diving. These ‘spaghetti legs’ have gone down in club history.

Xabi Alonso was the deepest of the midfield players, with Luis Garcia off to the right and John Arne Riise on the left. Steven Gerrard, meanwhile, was the tireless shuttle between this sector and front players Harry Kewell, who was given a floating role, and Milan Baros.

Kewell went off in the first half to be replaced by Vladimir Smicer, while Dietmar Hamann and Djibril Cisse also came off the bench. 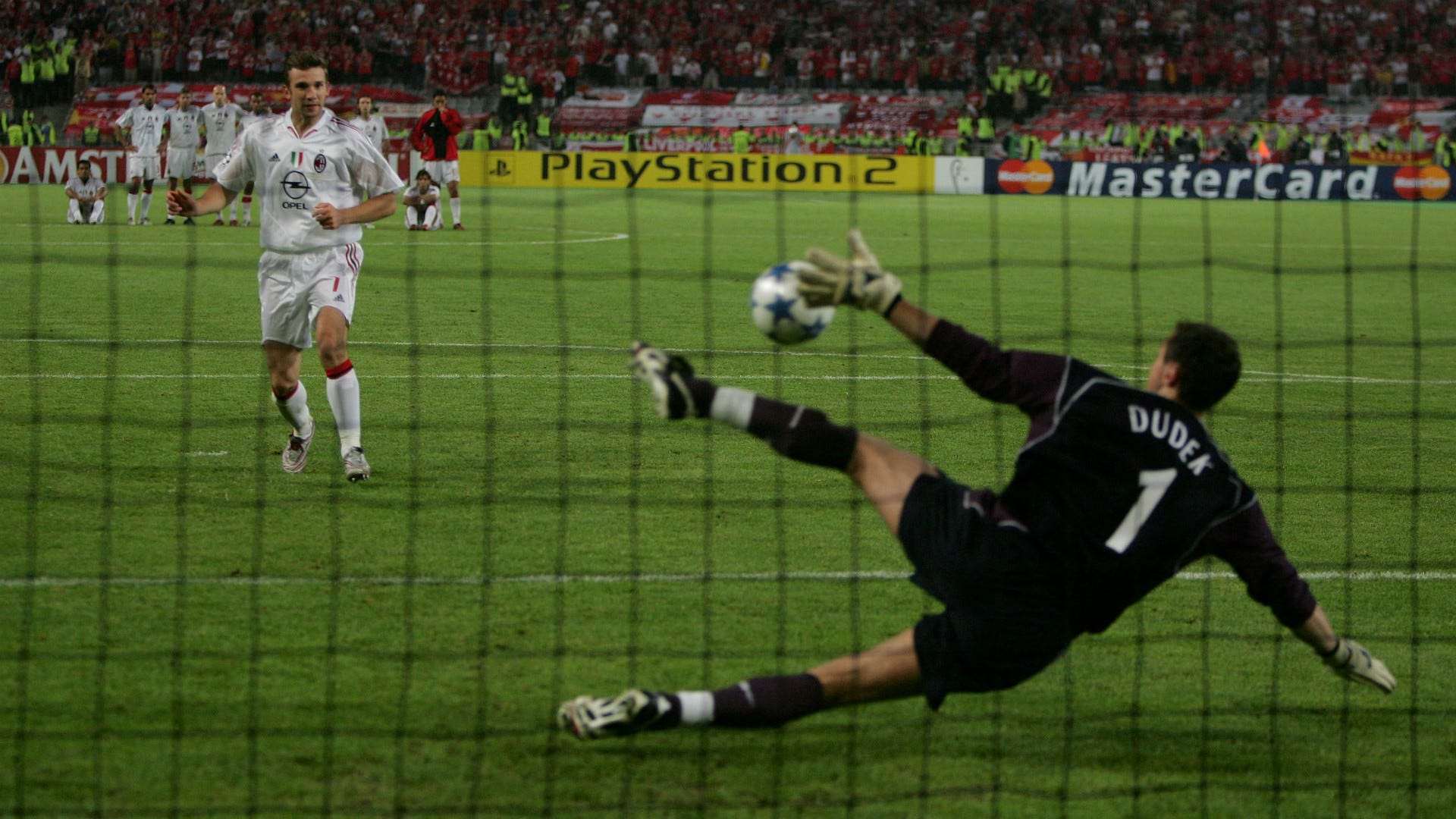 Carlo Ancelotti’s side were packed with a number of top stars from the day, including Brazil international trio Dida, Cafu and Kaka. All three have gained legendary status.

Alessandro Nesta and Paolo Maldini, meanwhile, are two of the most iconic defenders in the history of the game, while Andrea Pirlo has reached similar status in the midfield.

In attack, Shevchenko was arguably the greatest forward of the era and was the reigning Ballon d’Or winner.