Cristiano Ronaldo's shaved sides-combover combo was voted the best haircut in football last year - so can the Real Madrid superstar hold on to his ...

Former Fifa president Sepp Blatter once argued that the main difference between Cristiano Ronaldo and Lionel Messi was that "one has more expenses for the hairdresser than the other".

While the Real Madrid ace admits himself that he is likely to be dethroned as the Ballon d'Or holder by his great rival next month, the Portuguese will doubtless still consider himself a cut above the Argentine - and every other footballer in the game today - in the style stakes. 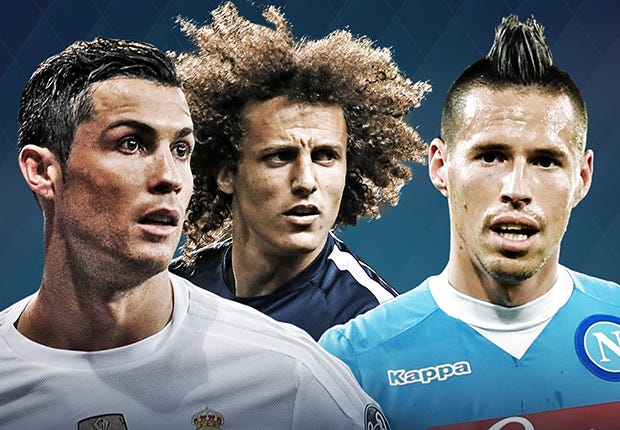 However, who will come out on top this time around? That's right, Goal is once again giving YOU the chance to vote for the best male footballer hairstyle of the calendar year.

The rules are simple: every candidate must have been active at the highest level in 2015 and, even more importantly, must have great hair.

So, who will claim the 2015 Salon d'Or? We have whittled the list of the most iconic hairstyles of the footballing year down to 20 – but the rest is up to you...