The Argentine suffered a health scare during the game against Alaves, but how serious is the issue and how could it affect his career?

What happened to Sergio Aguero in Barcelona's game against Alaves?

Much was expected of Aguero following his arrival at Barca in the 2021 summer transfer window, with the Argentine joining on a free transfer following his departure from Manchester City.

However, his debut was delayed by a serious calf injury and he is now set for an even longer spell on the sidelines due to a health issue, but how serious is it? GOAL is here to provide you with all the details.

What happened to Sergio Aguero?

Aguero was handed only his second start for Barca in a Liga clash with Alaves on October 30, but had to be withdrawn early after suffering from chest pains and complaining of dizziness.

Barcelona coach Sergi Barjuan on Sergio Aguero: "He told me he was a little dizzy. I have found out now that they have taken him to the hospital to see what he really has. I do not know any more."

The 33-year-old was attended to on the Camp Nou pitch by the club's medical staff before being taken to hospital for cardiological tests and will be kept under observation before undergoing a course of treatment.

How long will Sergio Aguero be out for & which games will he miss?

Barca released a statement confirming that Aguero will be unavailable for selection for the next three months, with a specialised rehabilitation programme set to be undertaken once doctors have decided on the best approach to take with his condition.

"Sergio Aguero has been subjected to a diagnostic and therapeutic process by Dr Josep Brugada," the statement read. "He is unavailable for selection and during the next three months the effectiveness of treatment will be evaluated in order to determine his recovery process."

He will also sit out Barca's final two Champions League group-stage outings against Benfica and Bayern Munich, as well as a Supercopa de Espana clash with arch-rivals Real Madrid on January 12.

Will Sergio Aguero have to retire?

It has been suggested that Aguero could be sent into premature retirement from the game after a major health scare, which may have been the result of an as of yet undiagnosed heart condition.

It is reported that he has already taken the decision to hang up his boots, with an official announcement now said to be imminent. Spanish publication Marca has reported that Aguero will confirm his retirement on Wednesday, December 15.

The former City star has previously said that he is waiting on "more news" when it comes to making a long-term recovery.

Aguero previously said in a video posted on Barcelona's social media channels: "Hey Culers! Sending you all a hug. Thank you for all the messages of support! Now it’s time to recover and wait for more news.

"Pep Guardiola, who managed Aguero for five years at Man City, has urged the Argentine to put his health first with regards to any decision on his future in football.

"We wish him well from all the people here at Manchester City, we wish him a safe recovery," Guardiola told a press conference while addressing Aguero's hospital admission. "The time doesn’t matter. Health and life are much more important than anything else.

“We wish him as speedy and safe recovery as possible and he comes back, if possible, to play again, otherwise to enjoy his life and what he has done, and to be careful and be safe for the rest of his life.”

Has it happened to other footballers?

Aguero is not the only player to see his career put on hold by a chest or heart issue, with the other most recent example coming in the form of Christian Eriksen's sudden collapse at Euro 2020. 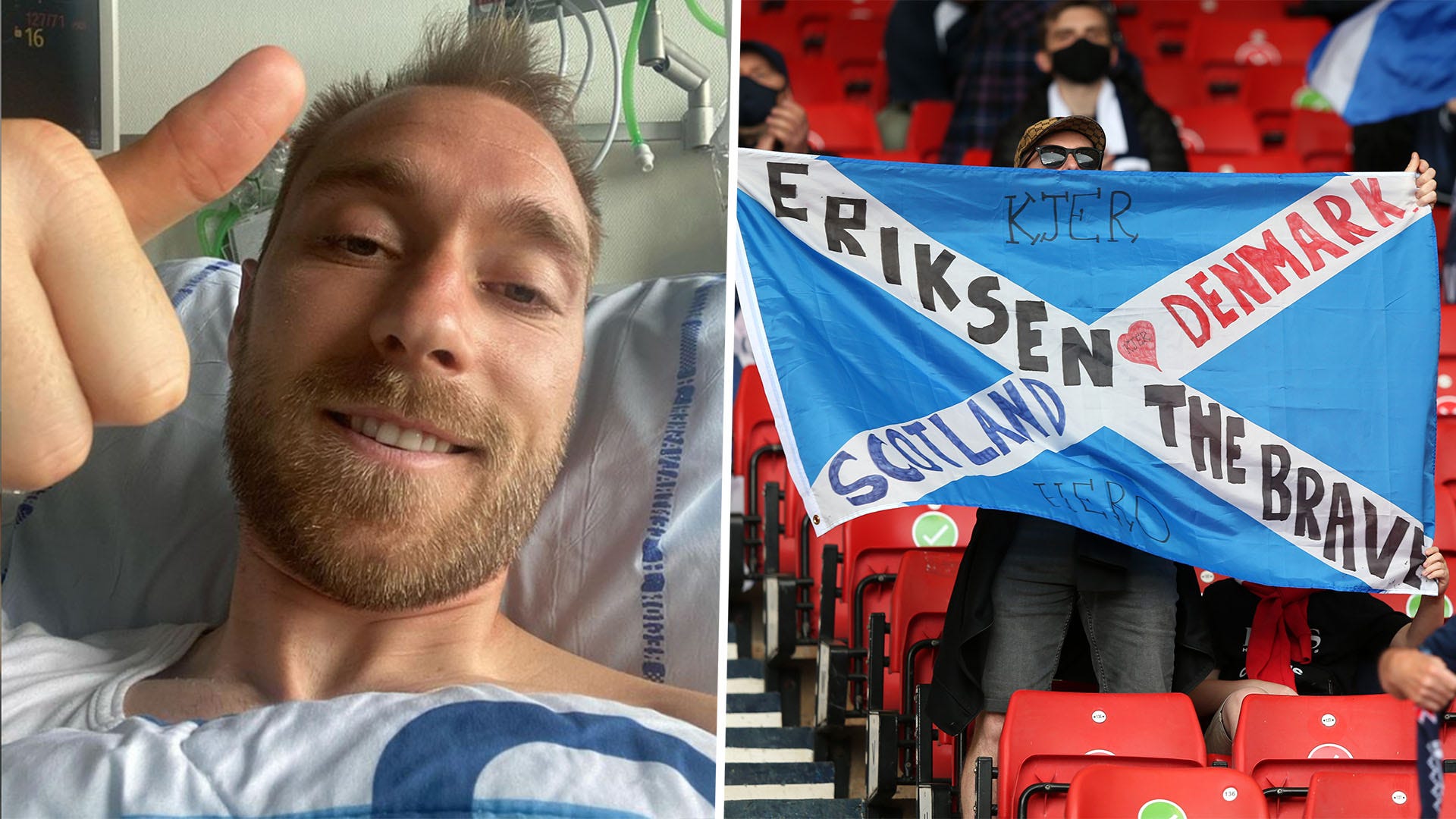 The Inter and Denmark midfielder stopped breathing after suffering cardiac arrest and had to be resuscitated on the pitch before being rushed to hospital, where it was eventually confirmed that he would need to be fitted with an implantable cardioverter-defibrillator (ICD).

Former Bolton Wanderers midfielder Fabrice Muamba, meanwhile, was forced to hang up his boots early after a similar incident during an FA Cup clash with Tottenham in 2012, with doctors subsequently revealing that he was lucky to be alive after his heart stopped beating for 78 minutes.

Real Madrid legend and ex-Spain goalkeeper Iker Casillas also retired after suffering a heart attack while in training at Porto in 2019, with the Spaniard announcing his decision a year later at the age of 39.

There is hope that Aguero can return to the pitch, though, with Ajax and Netherlands star Daley Blind still going strong at the age of 31 after being fitted with an ICD two years ago and ex-Stuttgarter Kickers player Daniel Engelbrecht having resumed his career after an on-field heart attack in 2013.