Steven Gerrard, Vincent Kompany, Carles Puyol and Patrick Vieira make up for some of the most iconic captains in soccer – but what exactly do they do?

When a team's morale is low and needing inspiration, that's when the captain steps in.

Whereas a coach is responsible for team management, squad selection and a more tactical overview of a side, it is a team captain's role to act as the official leader both in the dressing room and on the pitch.

Goal has everything you need to know about what exactly a soccer captain does, including all of their roles and responsibilities, official duties and more.

What are a soccer captain's responsibilities?

According to the Laws of the Game, a captain's only official responsibilities are to take care of the coin toss before kick-off to dictate which direction the teams are to attack and prior to a penalty shootout.

They are distinguished by wearing a captain's armband during the game.

A captain's true role in the team, however, goes far beyond just participating in the coin toss. In soccer, a captain is the player who is supposed to act as the leader of the team, acting as mediators between their team-mates, the manager and the referee.

They represent the team both on and off the pitch, and are typically one of the more experienced or senior members of the team so they are able to command immediate respect from the dressing room.

Good leadership qualities are vital in a captain – or a 'skipper', as they are called in England – and they are the person that players in the team look up to for inspiration, guidance and motivation.

The captain of a team does not have to be the most physically superior, with qualities such as maturity, level-headedness and initiative taken into more account. 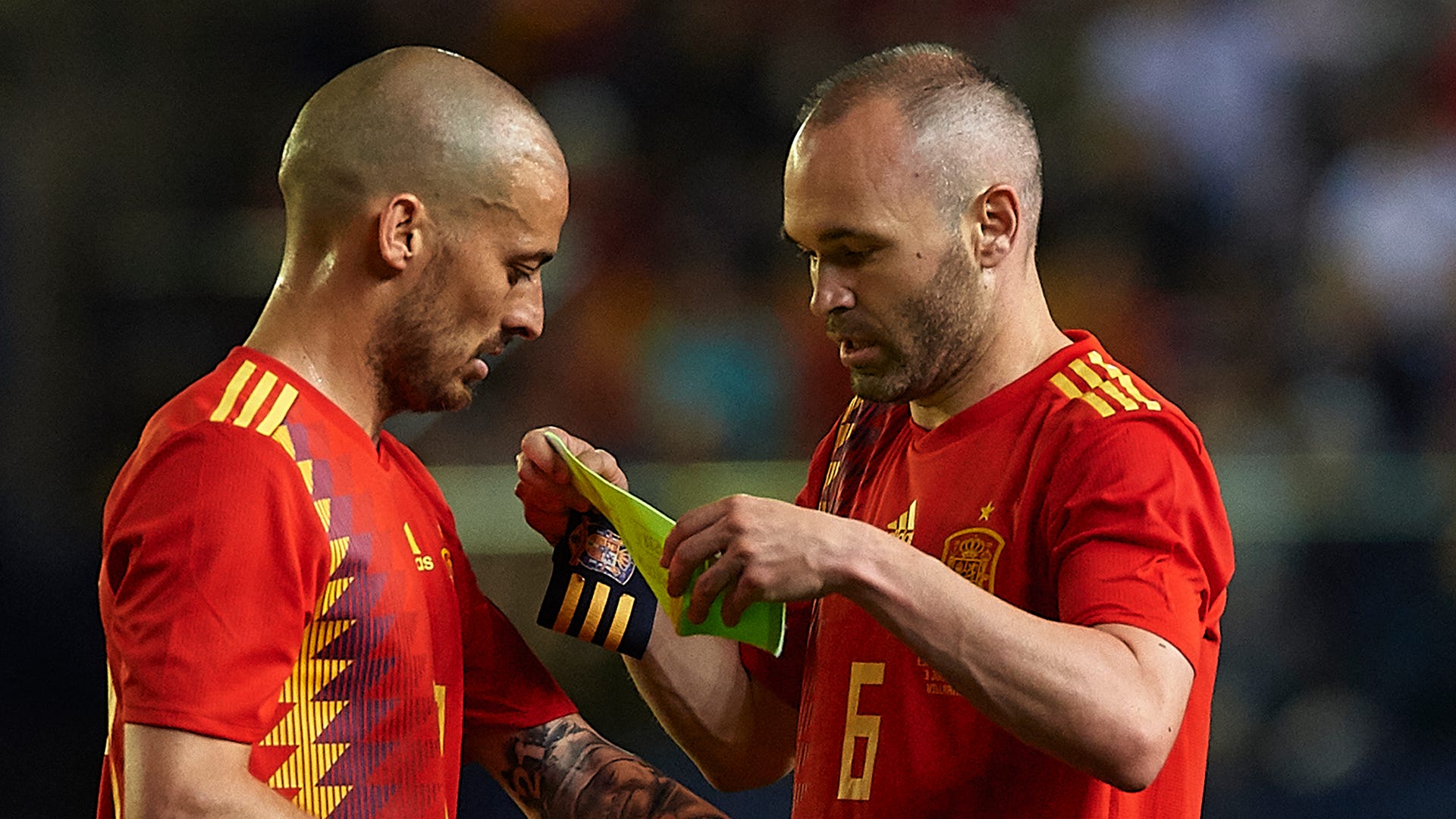 If a team is losing at half-time and spirits are low, for example, it is up to the captain (in addition to the manager) to lift the mood of the team. Most top teams have multiple players who can lift morale, but a captain pulls rank for authority in the dressing room.

Some captains are more vocal than others and prefer to lead by motivational team talks, speeches and tactical instruction, while others choose to lead their teams by example – for instance, scoring the first goal to inspire a comeback.

Captains are typically the first to get dissolve a spat or argument between one of their team-mates and a member of the opposition team, or are called upon to restore peace and balance after a decision made by the referee.

In non-association football, captains may deliberate with the manager to decide the starting XI of the game.

In youth and recreational football, the team captain would take on duties typically meant for the coach at a higher level.

How are soccer captains chosen?

Typically, a captain is selected by the team's manager based on several factors, including their experience, leadership abilities and seniority, followed by their skill level and natural talent.

In club football, those who have been at the club the longest or are homegrown talents and have spent a significant amount of their career at the club are usually the most obvious choices for captain.

Native scousers Steven Gerrard and Jamie Carragher were captain and vice-captain for Liverpool respectively during their time at Anfield. Likewise, local boy Gary Neville was captain at Manchester United, while youth product and Londoner John Terry skippered Chelsea for much of his career.

Other notable captains include Vincent Kompany with Manchester City, Iker Casillas with Real Madrid and Gianluigi Buffon at Juventus.

In the case of national teams, high-profile senior players who have achieved substantial success at club and individual level can also be appointed captain – such as the cases of Lionel Messi for Argentina and Cristiano Ronaldo for Portugal.

Sometimes, the manager allows the players to select their captain, which was the case when Arsenal players voted for Granit Xhaka to be appointed skipper instead of manager Unai Emery choosing.

What is a vice-captain in soccer?

In the event that a captain is not able to feature in a match, the responsibilities fall to the vice-captain, who is second in command.

A good example in the Premier League is Frank Lampard, who deputised for Terry at Chelsea when he was unavailable to play, for instance in the 2012 Champions League final.

Former Liverpool midfielder Gerrard is one of the most famous examples of a notable captain, valued for his skill, talent and ability to rescue a side from the scruff of their neck when in a vulnerable position.

The ex-midfielder played a vital role in two of Liverpool's most famous matches – the 2005 Champions League final against AC Milan and 2006 FA Cup final against West Ham. Liverpool were in losing positions during both games, until it took Gerrard scoring to rescue the Reds.

It was the former England international's goal that inspired the famous Istanbul victory , where Liverpool found themselves 3-0 at half-time. Gerrard scored a free header that initiated the comeback, with Vladimir Smicer and Xabi Alonso scoring within six minutes to equalise 3-3 – before Liverpool won the match through penalty shootout. 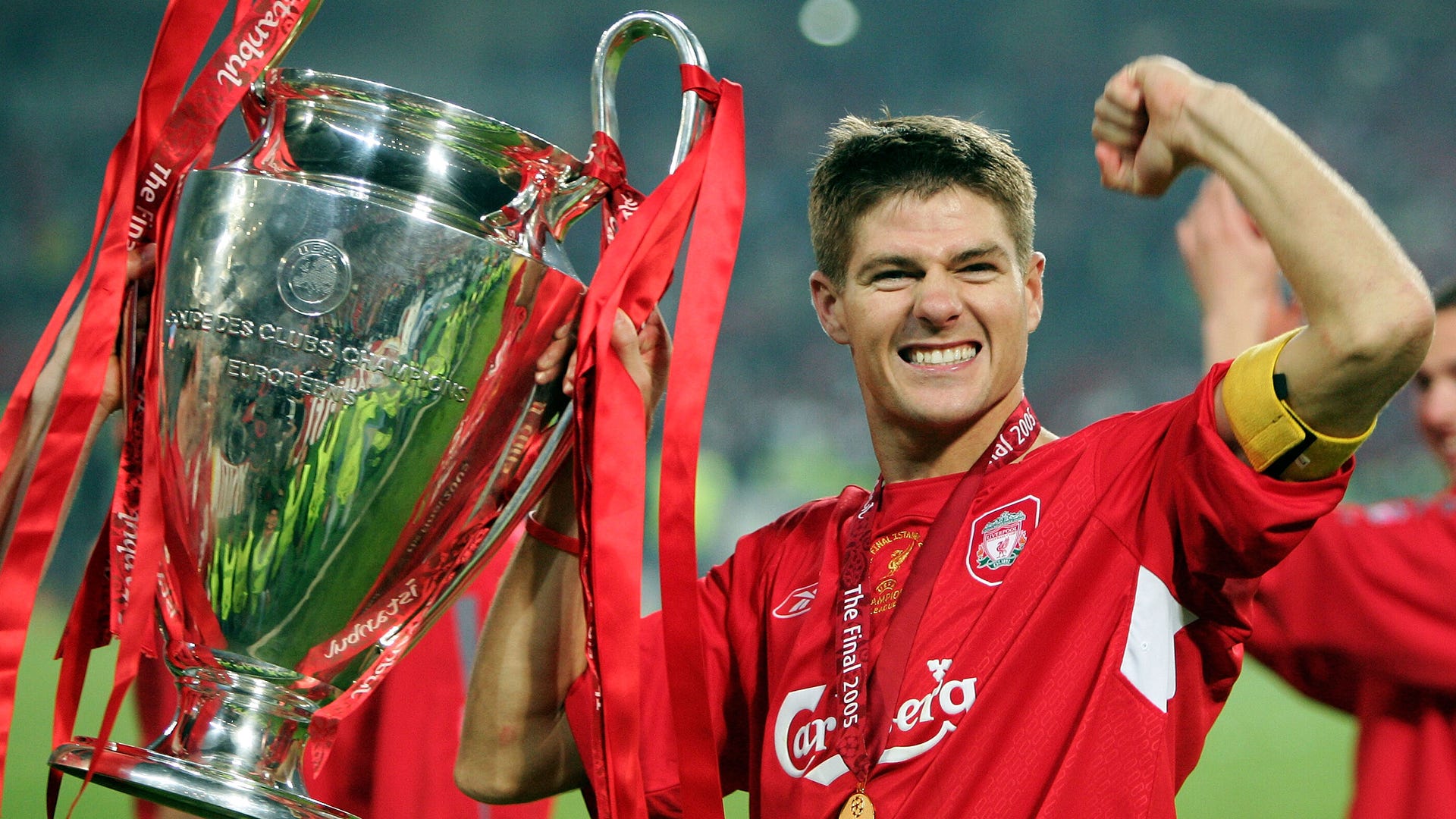 If there were ever another player to have encapsulated a captain who leads by example with talent, it's Diego Maradona. The Argentina legend played each minute of the 1986 World Cup, scoring five goals and picking up five assists as they were named tournament champions.

One-club man Francesco Totti is another iconic captain, skipper of Roma for 19 seasons – winning the Serie A, Supercoppa Italiana and Coppa Italia.

Ex-Barcelona defender Carles Puyol is another one-club man who captained one of the most successful and stunning Camp Nou sides of all-time under coach Pep Guardiola.

Under Puyol's 10-year captaincy, the defender – who was the most senior of several homegrown players in the Catalan side – winning everything under the sun including three La Liga titles and three Champions League trophies.

Arsenal legend Patrick Vieira lifted the Premier League title three times during his captaincy, and is one of the most memorable Gunners skippers of all-time.

The north Londoners have been infamously susceptible to not having a stable leader since the departures of Vieira and Henry, with the likes of successors Cesc Fabregas, Robin van Persie and Laurent Koscielny all eventually leaving the club in sour fashion.

The legendary Franz Beckenbauer is regarded as not only one of the greatest soccer players of all-time, but also one of the most influential captains of the modern game. He won every trophy going at both club and international level playing for West Germany and most notably Bayern, characterized by his immense determination, leadership and intensity.

Such qualities were made evident during the 1970 World Cup, when Beckenbauer continued to play with his shoulder dislocated and his arm in a sling. West Germany were eventually defeated 4-3 by Italy in a match that was eventually titled 'The Game of the Century', but won the trophy four years later.