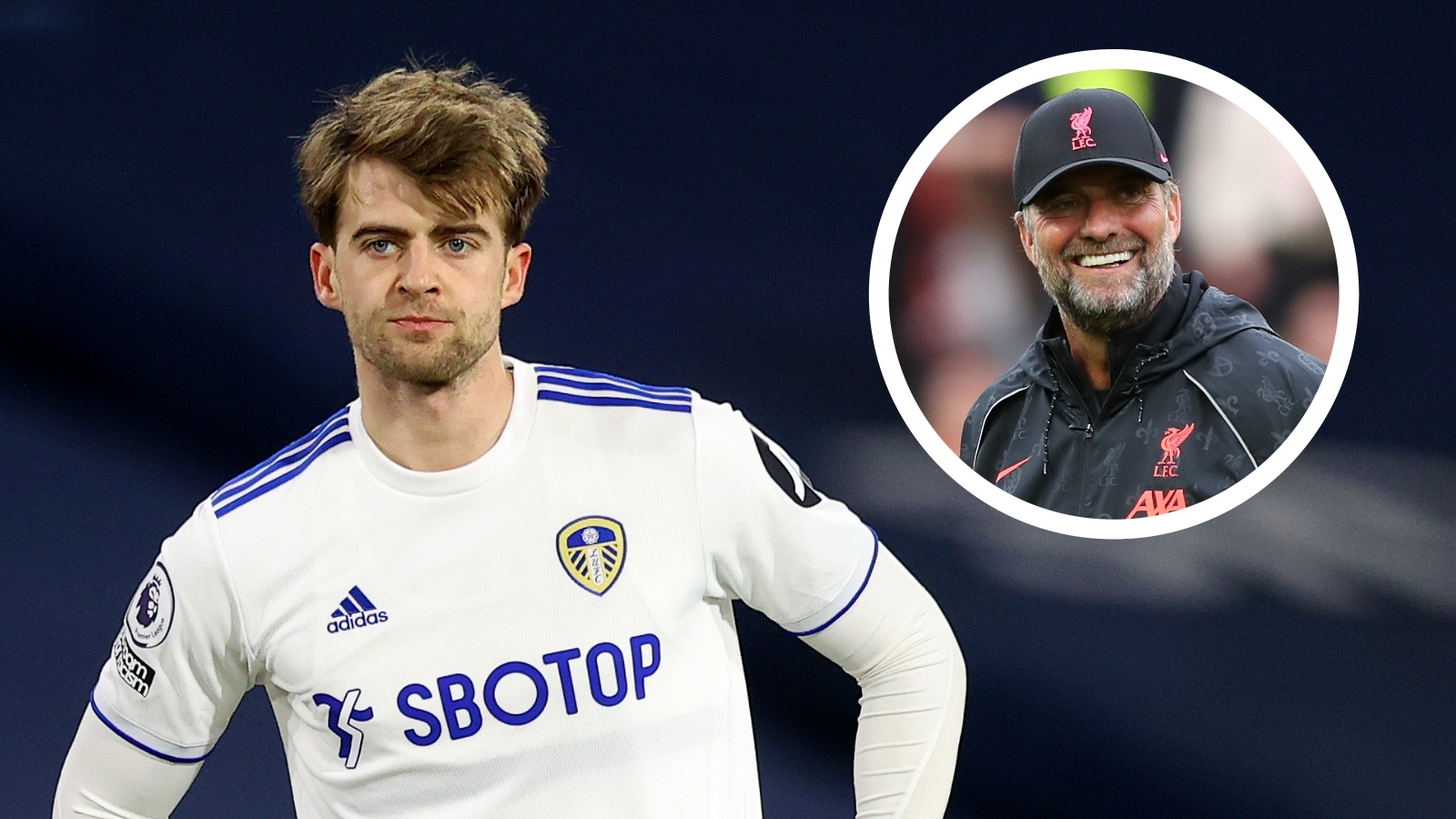 The 28-year-old caught the Reds boss' eye last season, and won his first senior England cap against Andorra during the recent international break

There are few things Jurgen Klopp enjoys more than a good footballing story and, in Patrick Bamford, the Liverpool boss has found a particular favourite.

“What a player!” was Klopp’s assessment of the Leeds striker before his Reds side visited Elland Road back in April.

Known as a manager who backs the underdog, who believes in narrative and romance, the German has been taken by the 28-year-old’s rise to prominence in West Yorkshire.

That rise continued during the international break, with Bamford handed his first senior England cap in the World Cup qualifying win over Andorra.

You could say it’s been a long time coming, reward for three seasons of stellar form under Marcelo Bielsa, where he has been transformed from a talented-but-inconsistent frontman into one of the Premier League’s most reliable No.9s.

So reliable, in fact, that Liverpool actually explored the idea of signing the former Chelsea man earlier this year.

Their interest never went far – Bamford was not especially enthused by the idea of being fifth-choice at Anfield, and in any case was ready to sign a new five-year deal at Leeds – but it was genuine. Klopp is a fan, and so are his recruitment team.

"He's an exceptional player,” Klopp said in April. “The work-rate is outstanding, and he still plays the football he plays on top of that, and scores goals. That's rare.”

The Reds boss remembers driving into training one morning last September and listening to a debate on talkSPORT which made him shake his head.

“They were saying that Leeds need a proper goalscorer, Bamford is not good enough, stuff like this,” Klopp grinned. “I'm so happy that he could prove them all wrong!”

Prove them wrong he most certainly has. Having scored 16 goals as Leeds were promoted from the Championship in 2019-20, Bamford followed that up with 17 in the top-flight last season, his most prolific campaign since he was at Middlesbrough in 2014-15.

That year at the Riverside Stadium was one of seven loan spells Bamford, who made his professional debut as an 18-year-old at Nottingham Forest, had during five years at Chelsea.

He did well at Boro, as he had at MK Dons and Derby, but he struggled to make an impact when asked to prove himself in the Premier League. Stints at Crystal Palace, Norwich and Burnley brought 19 appearances and no goals.

His time at Burnley was particularly difficult, with Sean Dyche at one point accusing him of being “born with a silver spoon in his mouth.”

That perception of Bamford – false, as it turns out – appears to stem from his upbringing, which is seen as something of an anomaly among top-level English players.

He was privately educated and was offered a place at Harvard University. He is erudite and eloquent, plays the violin and comes from an ostensibly middle-class family.

That, wrongly, has led to questions about his motivation and hunger, whether he has, to coin an antiquated footballing phrase, “the fire in his belly” to make it at the highest level.

One of Dyche’s complaints, for example, was that Bamford arrived to sign his loan deal at Burnley accompanied by his parents.

Quite why that would irk the Clarets boss so much is unclear, but it will certainly have pleased Bamford that he was able to score Leeds’ equaliser at Turf Moor prior to the international break – especially since he also netted the winner against Dyche’s men at Elland Road last season.

Revenge, as they say, is a dish best served cold.

Liverpool, too, know how dangerous Bamford can be. His first Premier League goal for Leeds came at Anfield on the opening weekend of last season, when he took advantage of a rare Virgil van Dijk error.

The pair will be reacquainted this weekend, as Klopp’s side look to continue their solid start, while Bielsa’s seek their first win of the campaign.

It promises to be a raucous atmosphere at Elland Road, and Bamford will have fresh support in the shape of Daniel James, the Wales international having moved from Manchester United on deadline day.

He might not have been the only new arrival, either. Goal has learned that Victor Orta, Leeds’ sporting director, contacted Liverpool to enquire about the possibility of signing midfielder Curtis Jones on loan.

Understandably, he was given short shrift. Jones has a battle on his hands to gain a place in Klopp’s squad, where midfield competition is fierce, but he remains very much a part of the Reds’ plans.

That said, had the prospect of Bamford been on the table when Orta called, the conversation might have lasted a little longer...