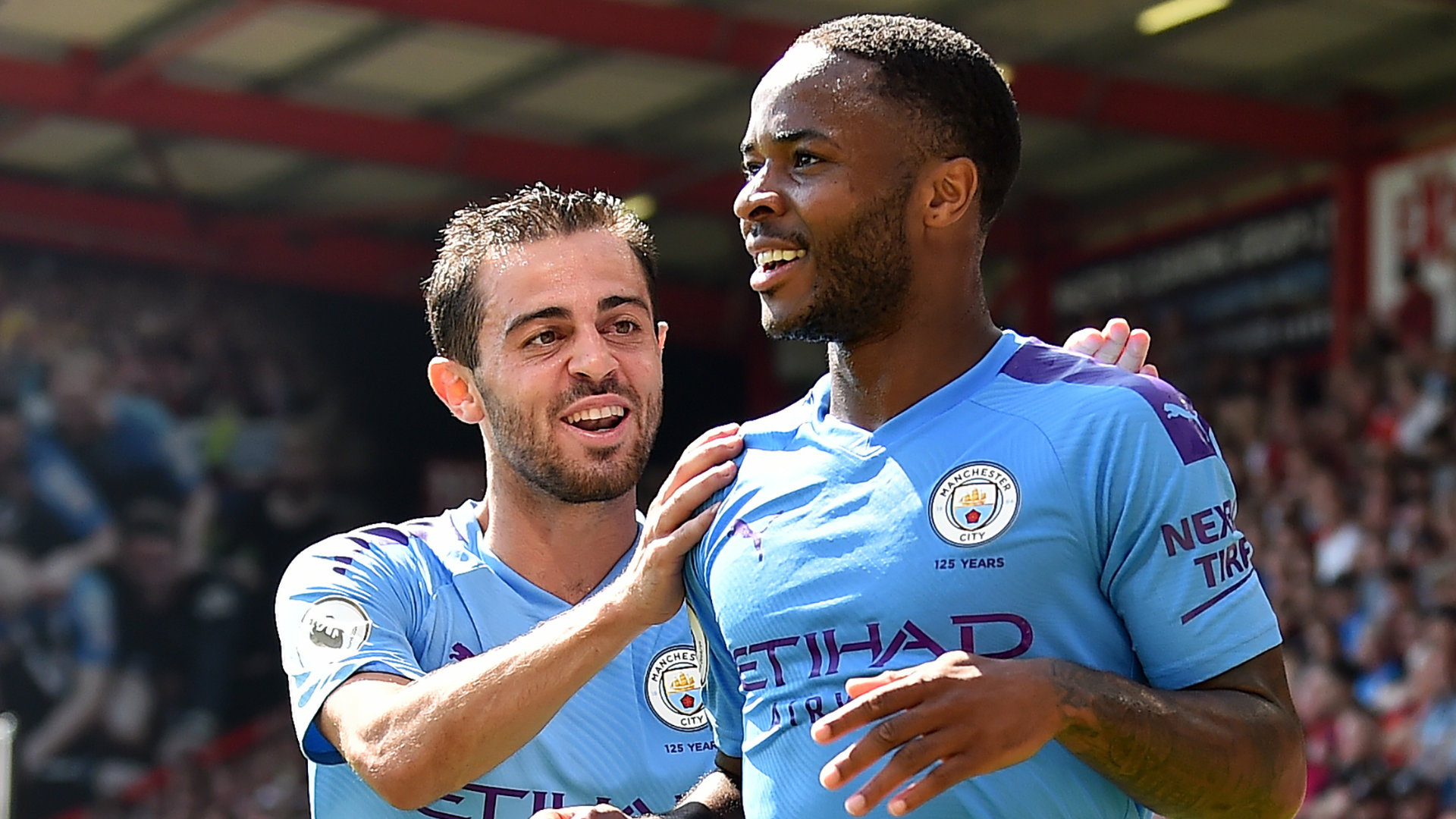 Silva posted a tweet likening Mendy to a character from a packet of Conguitos, a sweet available in Spain and Portugal.

The tweet drew criticism from anti-racism group Kick It Out among others, and Silva has written to the FA to apologise for any offence caused. Mendy also wrote to the FA in Silva’s defence, while manager Pep Guardiola said that while he thought it was nothing more than a joke between friends, Silva would ‘take a lesson’ from the incident.

Sterling was asked about the situation after scoring the third goal in City’s 3-1 Premier League win at Everton on Saturday evening, the 100th goal of his club career on his 200th City appearance.

“The most important thing for me, he didn’t refer to colour. We all know, everyone can see that Mendy is a black lad. We’ve got to be proud to be black as well, if someone refers to our skin colour with an image, you can’t really be upset about it.

“We know what skin colour we are. He hasn’t referred to his colour, that’s the most important thing I feel about the situation.”

While Sterling would doubtless have preferred to speak about a battling City performance at Goodison Park, it was perhaps inevitable that he would be asked about the situation.

After suffering abuse throughout his career, the 24-year-old has led the conversation about racism in English football. But in this case, he felt Silva’s good intentions were the most important thing.

“It’s really sad to see someone like Bernardo, the whole week being kind of down about it because he’s not that way inclined,” he added. “They’re two really good friends and it’s really sad to see. I can understand where the criticism has come, but I don’t feel it’s in any way intentional of trying to be racist.

“It’s not because it’s my team-mates, it’s just the way I view it. I don’t feel there’s any racism in it.

"But I can exactly see the point where people are coming from and Bernardo’s deeply sorry about it. He’s not in the wrong for me, but at the same time, I can see why people think it’s wrong.

“We’ve just got to be smarter on social media because we understand in this day and age, anything you say or do can quickly be judged and it’s just a really sad situation.

“The sooner the better that the FA can understand that this was in no way intentional discrimination. There’s not one moment that he uses a negative term to speak about his skin colour. He tried to make a joke, it wasn’t the best one but we’ve got to move on and understand it wasn’t intentional.”