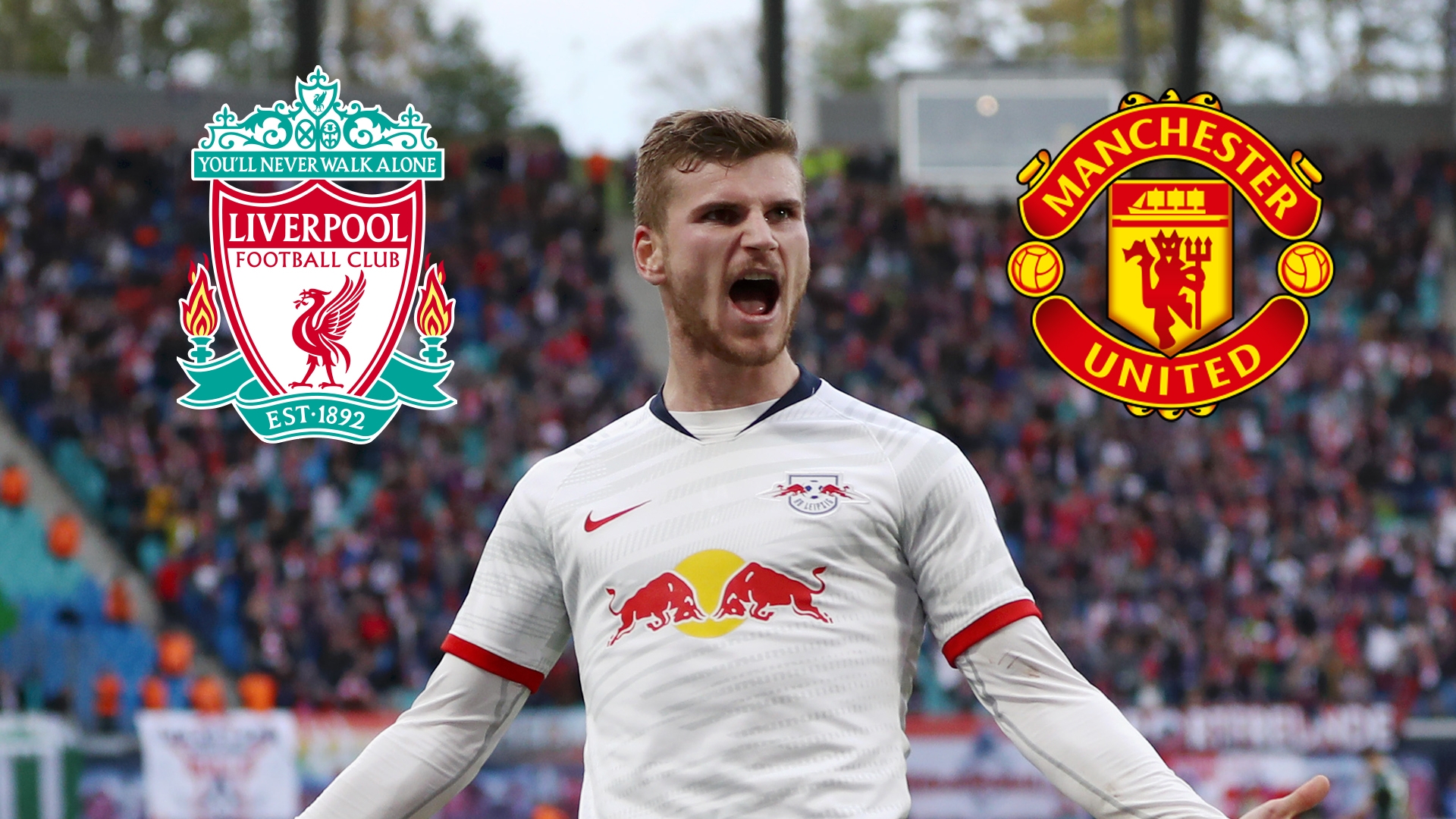 The prolific RB Leipzig striker continues to be linked with an imminent move to England, and the Germany international is ruling nothing out

Timo Werner has offered hope to Liverpool, Manchester United and Chelsea, with the RB Leipzig striker keeping the door open for a future move to the Premier League.

The prolific Germany international has long been linked with a switch to England.

His record in the Bundesliga, along with that in the colours of his country, makes him an intriguing option for leading sides across Europe.

It is expected that the 23-year-old will leave his current surroundings at some stage, despite being tied to a contract through to 2023.

Werner is reluctant to speculate on when that may be, but is ruling nothing out as speculation starts to build heading towards the summer transfer window.

He told Kicker: "When you score 20 goals as a 23-year-old in a season then, of course, there is interest. That's clear.

"But, right now, I am not thinking about what happens in the future.

"We are going into many important games. That's what I want to focus on now. I can still contemplate my future later."

Werner has cleared all of the career hurdles put in front of him so far and is considered to boast the skill set that would make him a success in England.

He admits to being intrigued by the Premier League, with there plenty of potential landing spots for him to find in one of the most competitive divisions in world football.

"What do you say if a club comes knocking in the next two weeks, a club which is one of the favourites to win the Champions League and makes an incredible offer? Most likely every player would think about it,” Werner added when asked about the direction in which he intends to head.

"I can generally imagine playing abroad one day, although I don't have any specific club where I want to be.

"I am open for everything. I was over in America for a holiday recently and English football was on all of the time. That's an exclamation mark for the Premier League. But there are also big, famous clubs and it would certainly be fun playing there."

Werner has drawn a blank in his last two outings for Leipzig, as they have been knocked from the top of the Bundesliga table by Bayern Munich, but still has 25 efforts to his name through 28 appearances.