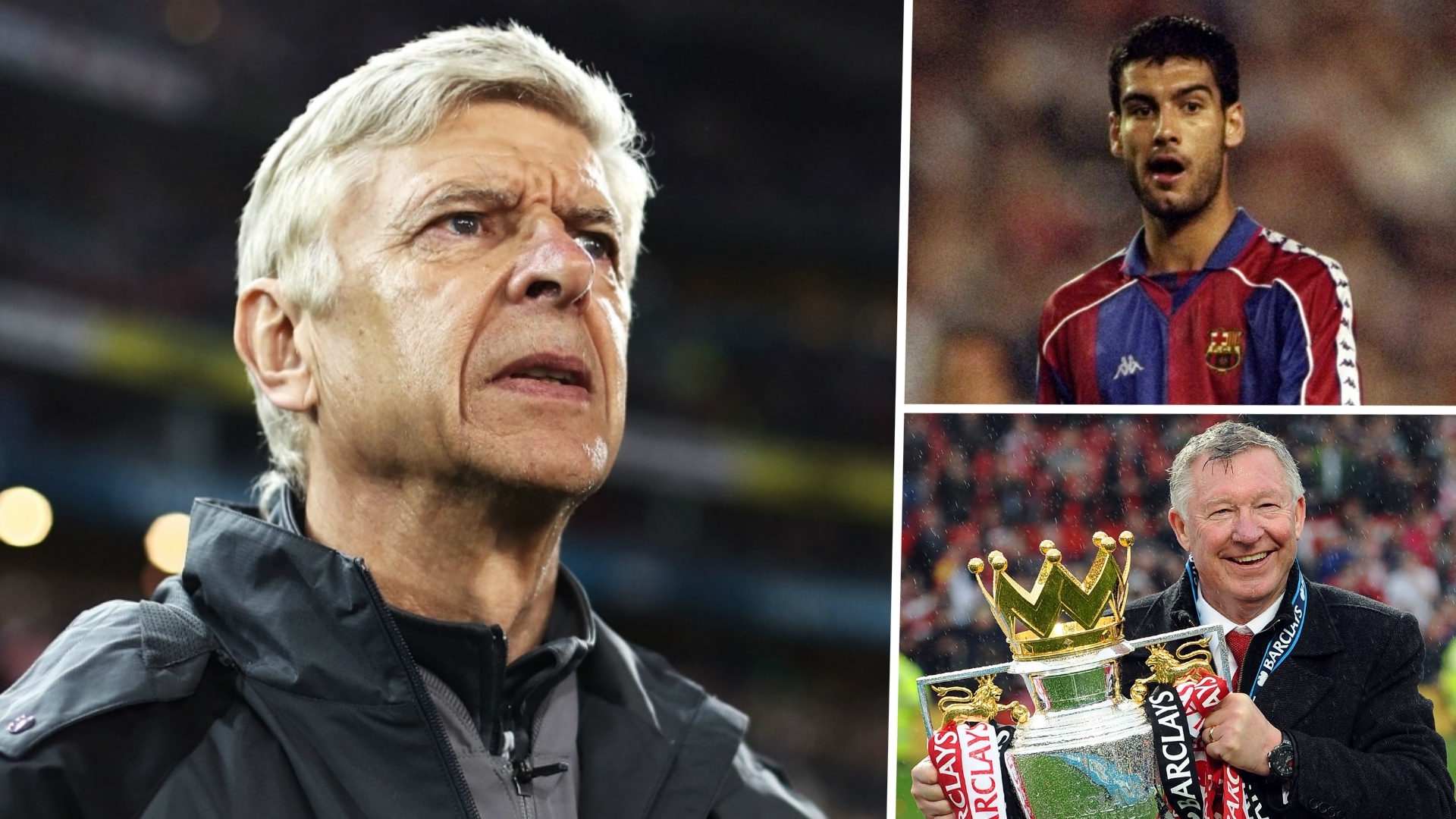 The Gunners icon says he was offered the chance to take over at Old Trafford, while the Man City boss came to him during his playing days

Arsene Wenger has revealed he was once offered the Manchester United job – and the chance to sign Pep Guardiola at Arsenal.

The Gunners legend is now working as FIFA’s Head of Global Development, with a managerial career spanning four decades to reflect on.

Towards the end of his Arsenal tenure and since his exit, Wenger was linked with a return to France to take over at Paris Saint-Germain, but it wasn’t the only high-profile job he turned down.

"I was offered that job (PSG) a few times,” Wenger said in a lengthy interview with The Times.

He also confirmed he had the chance to take over at Old Trafford – but he wouldn’t reveal when.

“I don’t tell you that,” Wenger said. “But I can tell you Man Utd offered me the job."

“Ah, we had some good battles," he added on former adversary Sir Alex Ferguson. "He’s an intelligent man. You don’t have a career like this guy if you’re stupid.”

Wenger never took up residence in Manchester but one man who did was City boss Guardiola. Had things worked out differently, he might have joined Wenger in north London during his playing days.

“When Guardiola was still a player, he came to my home to ask to play for Arsenal,” Wenger said. “At the time I had [Patrick] Vieira. I had Gilberto Silva. I couldn’t take him.”

While Guardiola never got the chance to be Wenger’s protege, City starlet Phil Foden is now developing under the Catalan at the Etihad.

Wenger says he watched Foden in England’s recent 1-0 victory over Iceland, and he wants to see him given more opportunities despite a turgid game.

“It was bad. I’ve seen so many good players not doing well for England. They’re scared to play.

“Phil Foden is a guy with big quality, but at the moment he has not made it. He hasn’t played enough at Manchester City. You need about 100 games to know your job in the Premier League.

“I follow every English game on television. It’s my league. You don’t need to come from a special school to know Bayern Munich will win the championship in Germany, that Juventus will win it in Italy, that PSG will win it in France.

“England is still the most unpredictable league in Europe, even if last year was not a good year and English teams didn’t do well in Europe.”