The Wales international midfielder is yet to commit to an extension beyond 2019, but his manager believes talks will reach a positive conclusion

The Wales international midfielder is tied to the Gunners until 2019, but is yet to commit to the club beyond that point.

Having seen Mesut Ozil and Alexis Sanchez provide unwelcome distractions after entering the final 12 months of their respective deals, and Jack Wilshere still sparking exit talk as he heads towards becoming a free agent, Arsenal are eager to avoid a repeat.

Discussions with Ramsey are ongoing and while Wenger maintains there is no rush to get a deal done, he is hoping to see talks reach a positive conclusion.

The long-serving Frenchman told reporters when pressed for an update on the 27-year-old’s future: “We are communicating. I’m confident.

“He is not at the end of his contract. He has one-and-a-half years to go.

“We want him to stay because he is one of the guys who has been here for a long time and will be an important player in the future for the club.

“We want the players to be happy to play for the club. 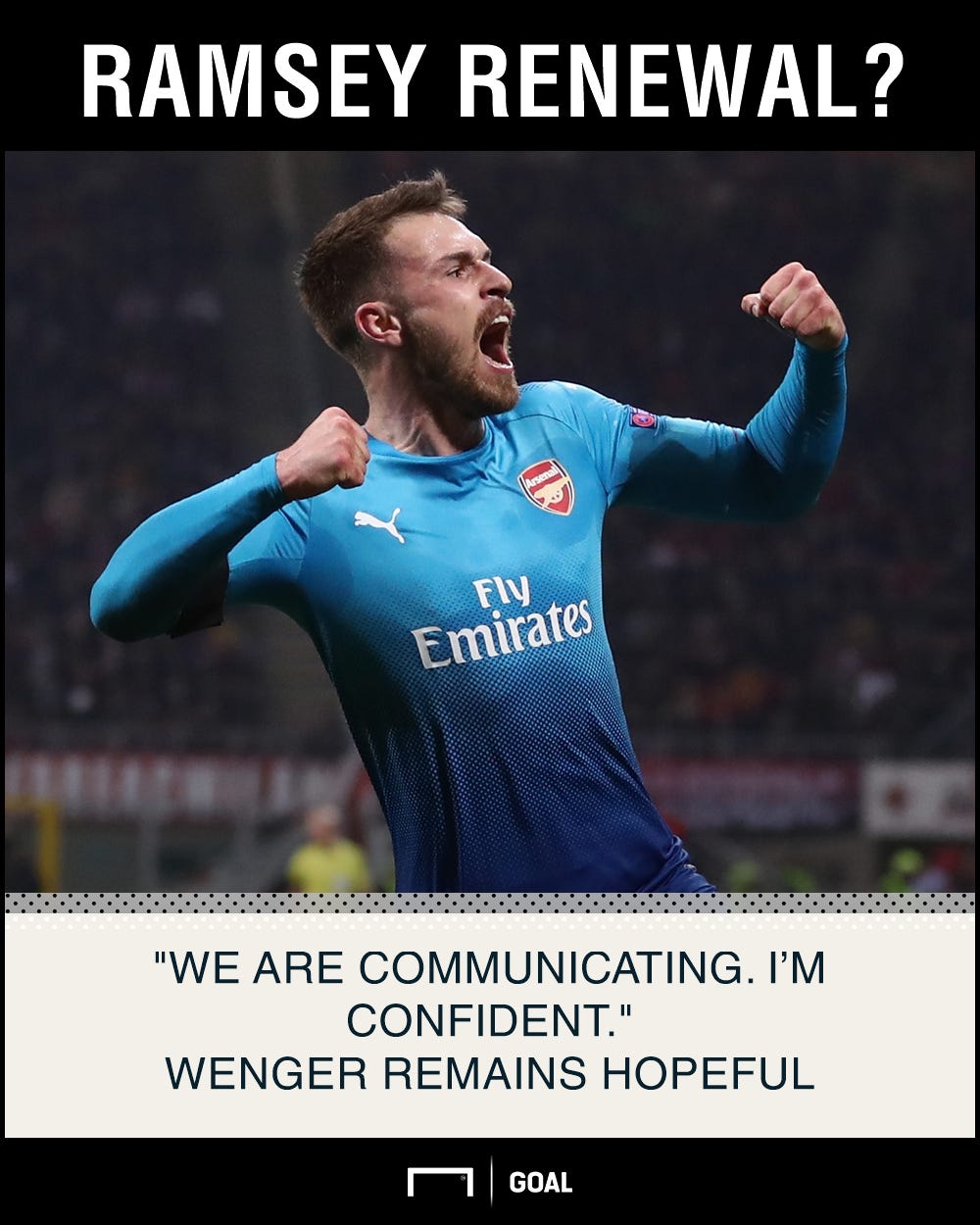 “All the three have to be together. He's an important player for me and for the club.”

Ramsey has once again been a regular for Arsenal throughout the 2017-18 campaign, making 25 appearances across all competitions.

His last outing proved to be one of his most productive, as he netted twice in a 4-1 demolition of CSKA Moscow in the first leg of a Europa League quarter-final clash.

He now has nine goals and seven assists for the season, helping to underline his value to the collective cause.